Plot Synopsis: (via IMDB)
An architect senses impending doom as his half-remembered recurring dream turns into reality. The guests at the country house encourage him to stay as they take turns telling supernatural tales. 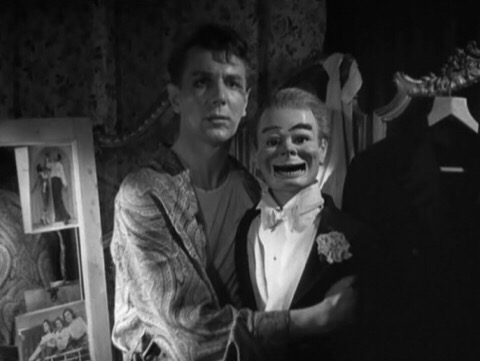 I’d been wanting to see this for a long time as I knew there was a creepy ventriloquist’s dummy in it. Not many things actually give me the creeps in horror movies but those things do!!! *shiver* So I’m happy that I finally saw this but I had no idea beforehand that it was actually a collection of several strange & eerie stories and that the dummy was only one part of those. That was kind of a nice surprise, though. It’s kind of like the original The Twilight Zone before its time (but with more of a horror theme than the quite often sci-fi theme of those). Considering that I still think the original The Twilight Zone is the greatest TV show ever, Dead Of Night was the exact sort of movie for a person like me. I just wish I’d enjoyed the stories a little more. A couple were good, a couple were okay, and the one that seemed to go on the longest was pretty weak.

In this movie, a man arrives at a party at a house in the country and claims to have seen all the guests in a dream, although he’s never met them before. He’s able to predict a couple of things that soon happen, which may or may not just be coincidences. This gets the guests each talking about their own bizarre stories which they’ve either heard about or experienced themselves. We get to see each of these stories while in between them we keep coming back to our storytellers and the stranger who claims to have met them all before. 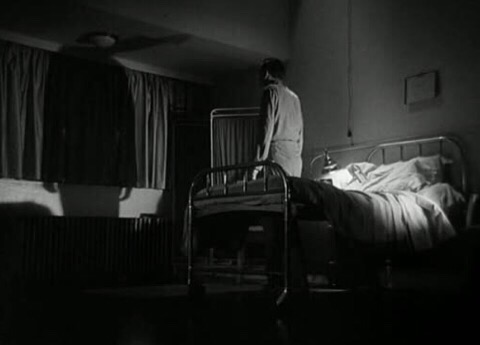 I won’t go into too much detail on the individual stories in order to avoid spoilers. The first one involving a race car driver was possibly my favorite, although it was pretty obvious where it was headed if you’ve watched enough episodes of The Twilight Zone. But I’m certainly not going to complain at it feeling like an episode of my favorite TV show. The story told by the youngest party guest was fun and slightly creepy but, again, nothing too unexpected when you’ve watched a lot of this sort of thing. I would assume that the two most popular stories are one involving a mirror that seems to be cursed in some way and, of course, the one with the ventriloquist’s dummy as it’s the cover of every DVD I’ve seen and is what I always thought was the one and only story in the film. 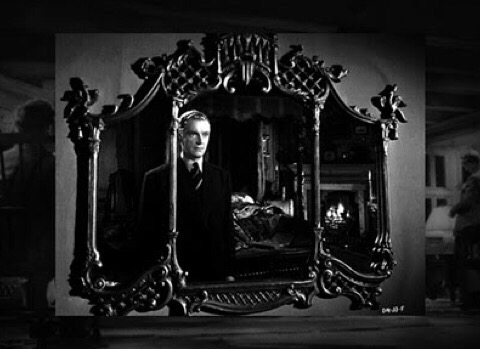 I’d say these are the two most well put-together stories with the finest acting in the film. Michael Redgrave stars as the ventriloquist and, although I can’t pretend to fully know all the classic English actors, the Redgrave name is certainly well known and he does a fine job in the story that has clearly most stayed in the minds of anyone who has watched Dead Of Night. I know if I’d seen this years ago I’d have loved it. It’s very “me”. Unfortunately, I’ve just seen these sort of stories so often that the movie didn’t quite have the impact on me that it could have. It was definitely worth my time, though (despite the ghost “comedy” story, which some may love but I found to be overlong & the weakest story by far). But the mirror & the ventriloquist stories make up for the weaker ones and you may find the dummy haunting your dreams in the same way the man in the central story is haunted by dreams he can’t explain. Dead Of Night is a British supernatural horror classic that deserves more recognition than it seems to get. I wish there were more films like it nowadays. 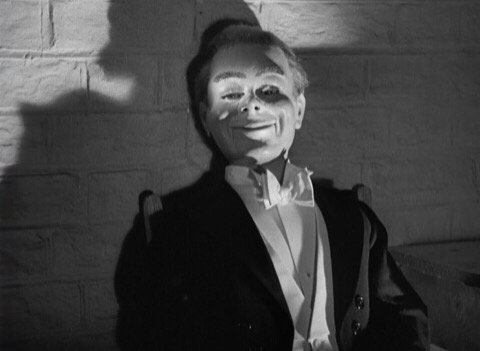