Plot Synopsis:
We see Jesse & Celine nine years after they met again in Before Sunset. Now in their early 40s, life is a lot more complicated than when they first met almost twenty years ago. 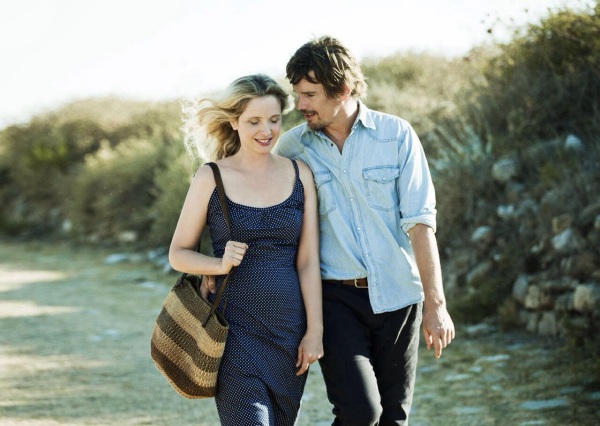 I love Before Sunrise & Before Sunset. I’ve always liked that these two feel like a REAL couple, which you don’t always get in romantic movies. Plus Hawke & Delpy have proven that they’re great working together & have wonderful chemistry. I also love Richard Linklater films. I love films where nothing much happens but the characters are really rich and talk and talk and talk about all kinds of interesting but also plenty of boring things just like we all do in real life (wow – I’m describing the exact type of movie that someone I know would hate. Lol). Well, I love this sort of thing! (Dazed And Confused is my favorite Linklater film and the exact type of movie I’d love to make if I was a filmmaker).

Anyway – I’ve only just finally managed to watch Before Midnight as it was of course not showing in any cinemas near me for very long. But, also, I kind of had some trepidation about watching it and still didn’t rush to see it once it was available to watch at home. My review will, as always, try to be spoiler-free. I won’t say how this ends but, before seeing it, I had a feeling it would be the end of Jesse & Celine and I really didn’t want to see that. I liked them as a couple & wanted them to stay a couple. They’re made for each other!

This movie is just like the first two in that we see some intelligent people sitting around and talking about the things intelligent people talk about. Jesse & Celine are in Greece staying with a friend and a few other couples. Over a meal they all talk about love and marriage & I enjoyed this part of the movie quite a bit. One woman whose husband has died talks about how she misses him and she was probably the biggest highlight of the film. As it’s Jesse & Celine’s last night in Greece, they’ve been given a gift of a night in a local hotel while their friends watch their twin daughters for the night.

Throughout the movie we’ve been seeing the strain the marriage has been under due to Jesse having a son living so far away from him in America and a difficult ex-wife and Celine considering a career change plus both of them, but especially Celine I think, realizing that they’re in their 40s now and things are very different from when they first met. I’m the same sort of age as this couple which is probably why I’ve always been able to relate to them so this one was a difficult watch as, to be honest, life is hard enough at this age so I prefer to watch movies as a form of escapism from reality. It’s probably why my favorite genre is actually sci-fi. Hawke & Delpy give great performances as always but don’t expect the lightheartedness of the first two films. What I did like a lot is that sometimes I could relate to Celine whereas other times (and probably more often) it was Jesse I could relate to more. I think a lot of couples watching will feel this way. They’re a very “real” couple in this one with real problems and the movie is pretty fantastic. But it was all just a little TOO real for me and I think I’ll choose to remember Jesse & Celine the way they were before life got in the way. 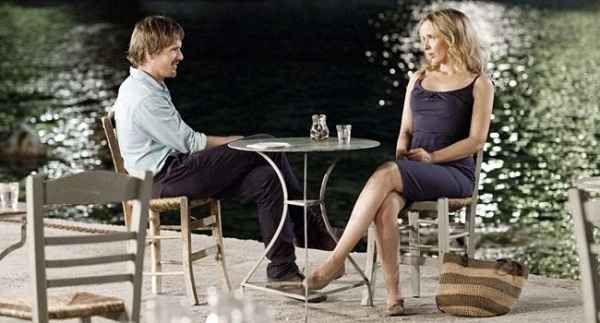