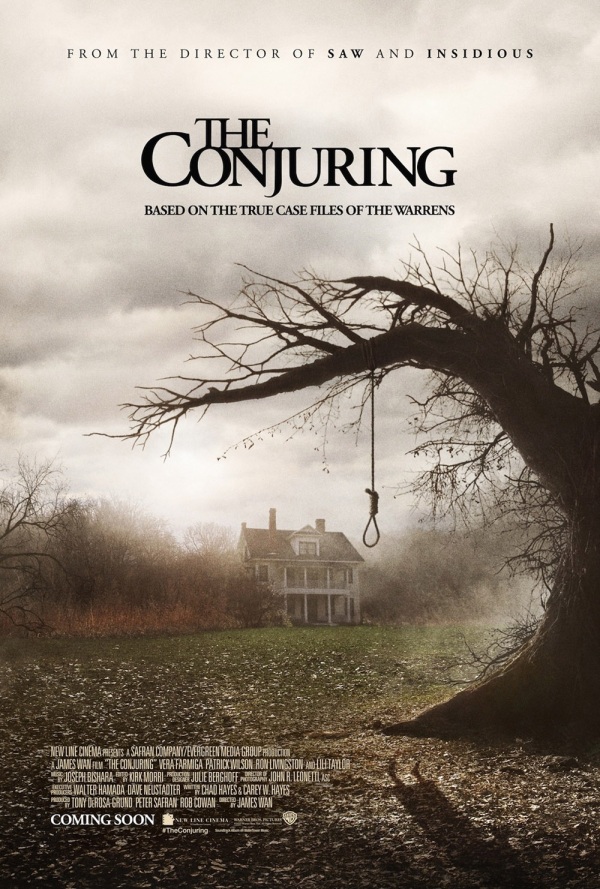 This “based on a true story” movie follows paranormal investigators Ed and Lorraine Warren (played by Vera Farmiga and Patrick Wilson) as they investigate mysterious supernatural occurrences at the home of the Perron family (parents played by Ron Livingston and Lili Taylor).

The Conjuring opens with the Warrens showing us a previous case they worked on where a doll had become possessed. Dolls freak me out. Dolls freak a lot of people out and the makers of The Conjuring clearly know this. They take as many horror movie cliches as they can and throw them all at us. But all horror movies do this anyway. The Conjuring at least manages to use every trick in the book in a few fairly original & effective ways. (To be honest, the doll was too over-the-top freaky. The music box was more subtle & far creepier… )

The Conjuring takes place in the 70s, which helps add to the overall creepiness. I’m a sucker for 70s films so that will have helped my enjoyment of this.The clothes! The cars! The 70s were so groovy! (From what I remember of the decade as I spent the latter part of it watching Sesame Street). So I really liked the look of the film. It’s no The Shining as far as the look and feel go (can anything really beat that one?!). But I appreciate the effort they put into making this feel more like a good old-school haunted house movie.

Did The Conjuring scare me? I know that’s the main question people seem to be asking. Well, I can’t really think of a movie that ever HAS scared me. There are some that give me the heebie jeebies a little bit. The one I just mentioned, The Shining, is probably the film I find the creepiest and comes the closest to “scaring” me. The Conjuring didn’t scare me, no, but had I seen it for the first time alone & in the middle of the night, I’m pretty sure I’d have slept with the lights on.

It’s fairly intense and that tired old “based on a true story” thing DOES seep into your brain whether you believe it or not – that’s why so many horror movies use that line. (I’ve not yet looked into the true story of the Warrens & Perron family so can’t comment on how true this film actually is). I was a little bit jumpy through the film but, as always, you know when the scares are coming. The film also shows us more of the “ghostly visitors” than I was expecting but I know they need to keep things balanced as the younger cinema goers expect that these days. I’ve always been someone who’s been more scared by the things we don’t actually see. However, I think The Conjuring strikes a decent balance at trying to keep the old-school supernatural horror fans like me and the current generation of fans happy. 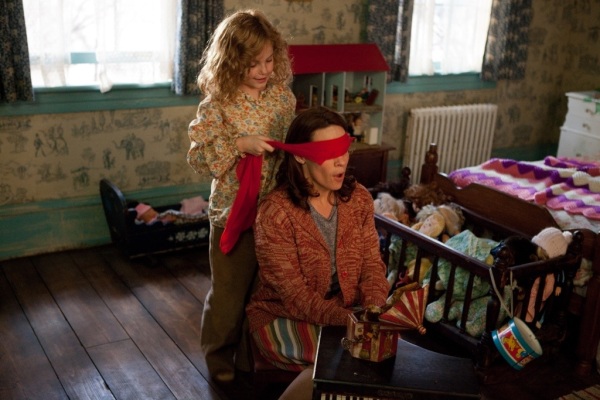 The number one reason that I think makes this film stand out so much compared to other horror films of recent years, though, is this: The acting (particularly the two female leads). Too many current horror films are full of either horrible acting or completely unlikeable characters. I don’t want to watch a movie with either of these things – I don’t think the rules should be any different for the horror genre. Lili Taylor was the best thing about this film for me. She was genuinely believable as a loving mother who just wants to protect her five daughters. I know she’s been in plenty of things in more recent years but not much that I’ve seen so it was great seeing her in a big role in this – I’ve always especially loved her part in Say Anything. Vera Farmiga is also great in this although I kind of feel I’ve seen her play a similar role before. The bond the two woman share as they both have daughters was very good. The men are fine but really take a backseat to all the females in the film (Ron Livingston especially seems to have very little to do). Being a woman, I really liked seeing a film with such strong female leads. Even all six daughters in this film do an excellent job, which is great as there has been some especially bad child-acting in horror films.

The Conjuring uses every trick in the book to scare us but at least uses those tricks in some fairly original & effective ways. The film has a good look & feel which will keep fans of old fashioned horror films happy but I think should also please a younger generation of fans who want something other than torture porn. But the thing that makes the film stand out the most in its genre is some great performances, especially those of the strong female leads. This film feels like a more grown-up horror film and will hopefully pave the way for similar films in this genre. I don’t think it’s the best “haunted house” film I’ve seen but it’s a refreshing return to an old formula that’s a step in the right direction in a generation now filled with some mind-numbingly bad and excessively gory so-called horror films. 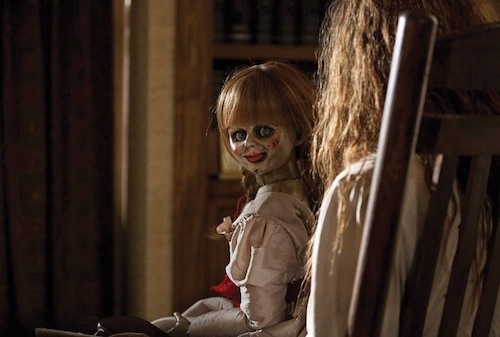