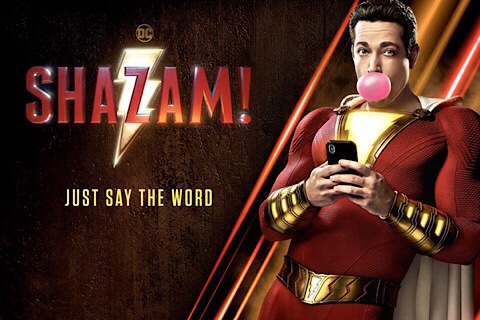 Based on Characters from DC Comics

Plot Synopsis: (via IMDb)
We all have a superhero inside us, it just takes a bit of magic to bring it out. In Billy Batson’s case, by shouting out one word – SHAZAM. – this streetwise fourteen-year-old foster kid can turn into the grown-up superhero Shazam.

I enjoyed Shazam. Shazam!, I mean. I’m not using that exclamation mark every time – it’s annoying. This film was an odd one, though, and the tone was all over the place. I’m not saying that the whole “lighthearted combined with dark & evil” thing doesn’t work sometimes (it works in Deadpool) but it was a bit too jarring in Shazam. This is partly due to it being promoted as a somewhat family-friendly superhero movie whereas Deadpool, with its higher rating, made it very obvious that kids shouldn’t watch it.

I wanted to like this film more as there were parts that I thought were really funny and the characters (well, the good guys) were so damn likable and very well-developed as far as superhero movies go. I loved them. A special shout-out especially to the adorable Faithe Herman as Darla & a strong performance from Jack Dylan Grazer, who was also great in the fantastic It. Kids are so good in films nowadays. Remember the 70’s & 80’s when child acting usually sucked? Why was that?! I’ll be honest – I think the above characters as well as the other foster kids & their foster parents are what really made this film as they gave the movie some heart. Without them, the movie would feel too cruel and dark. Zachary Levi & Asher Angel were also very good (and very funny) as our main hero but they needed these other characters to round-out the main character and to make us care about him. How much does Asher look like Arya Stark, though?! It was very distracting once I realized.

Now for the bad… Mark Strong gives the villain his all but the character feels like every other baddie we’ve seen in these superhero films. To be fair, a lot of this is due to my own personal superhero movie fatigue. I enjoy them when they’re good but this isn’t my favorite genre and I want to see more than just superheroes and sequels in the cinema. And, as I said, the movie goes a little too dark with his character. I’m not saying dark is bad. I love dark when done right. Hell, if I had to pick a favorite “comic book” movie, I’d choose The Crow. I freaking love that film. But The Crow sure as shit isn’t a family film. There’s no lightness and certainly no adorable little girl named Darla. 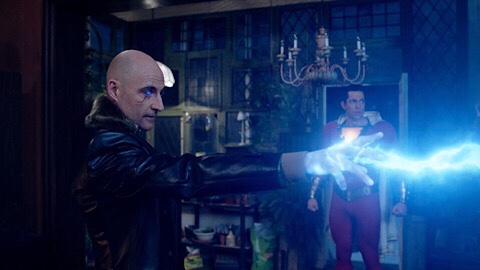 Okay – I was going to keep this short! Well, I did enjoy Shazam. It has some very strong good-guy characters and I loved how well they worked together in this film. You care about them. That’s not something that all superhero movies are able to achieve with their characters. The “light” bits also felt a little like something we don’t see in EVERY SINGLE SUPERHERO MOVIE. So I did very much appreciate that and I had some good laughs during the movie. However, that positive is undone slightly by the too-generic and too-dark baddie. Which is a shame. Just be aware of the warnings before you take kids who are a little too young to this one. As always, it depends on each individual kid and if you think they can handle the violence. I tend to read the parent’s guide before films such as these (which does suck when trying to avoid spoilers!).

Are there scenes after the credits? Yes. One scene during the credits and a more lighthearted one at the very end. Worth staying for if you’re a DC fan but the first one had no meaning to me…

Oh fuck it. I’ll just say it. Honesty is my best (& worst) quality. I preferred Wonder Woman and possibly even Aquaman. I’m in trouble now! I also preferred Captain Marvel. Oh man – I’m in so much trouble now!!!

Based on Lights Out by David F. Sandberg

Plot Synopsis: (via IMDB)
When her little brother, Martin, experiences the same events that once tested her sanity, Rebecca works to unlock the truth behind the terror, which brings her face to face with an entity that has an attachment to their mother, Sophie. 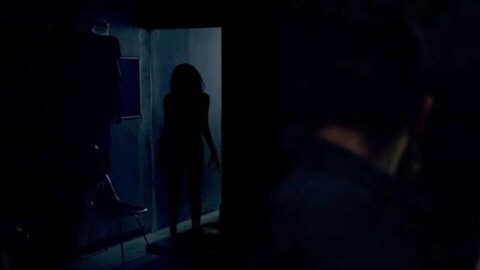 So, this was a great little short film on YouTube (link HERE). Watch it! It’s only a few minutes long. I was really surprised when I found out that this short film would be made into a long film (well, not really – it’s only 1 hour & 21 minutes!). I was expecting this to possibly be awful but then it got very positive reviews so I got excited since it’s difficult to find any decent horror movies these days. This film is okay. Not great, not awful, just average. I think people are just shocked when a horror film doesn’t 100% suck so they go a little overboard on praise. But it has some creepy moments & does show promise. Overall, it feels slightly more original than a lot of films in this genre nowadays.

I think the biggest problem with this longer film is that there’s now too much of an explanation of the “figure in the dark”. Why do so many horror films feel the need to spell everything out for us? I like a bit of a mystery! I’m more scared of the unknown & the unseen (or the barely glimpsed). Glimpsed is a very weird word, isn’t it? Say it ten times! Sounds bizarre. The mysterious “figure in the dark” in Lights Out is terrifying. THAT scares the shit out of me. Even now I’m not a fan of the dark & usually have a small light on somewhere when I go to bed. How many of us have been scared by strange human-shaped shadows in the dark?

So, for those of you who like a full backstory & explanation, I promise that you do get one. It’s not a bad story & I liked it fine but personally prefer the mystery of the short film. Everyone puts in a decent performance & I especially liked the characters of Teresa Palmer’s little brother & her hot metalhead boyfriend who is a total sweetheart. They all do some idiotic things, like the majority of horror movie characters, but I’ll forgive that this time since it’s a mega short film & goes straight into the action yet still manages an okay amount of character development considering its short running time. I found it kind of hilarious that Teresa Palmer was a metalhead chick because she had to grow up with a crazy mother who talked to strange figures in the dark. Because having a bad childhood naturally makes you listen to heavy metal! I must have had a bad childhood. Teresa Palmer looked really hot as a metalhead, though – I think the metal chick eyeliner suits her.

Oh, I hate being old. I didn’t read anything about this movie beforehand so, when it started, I thought Teresa Palmer & Maria Bello were going to be sisters instead of mother & daughter. Ugh. I suppose that makes sense since there’s a 19 year age difference (Yes, I looked up their ages). Both are older than I thought & I think Palmer is meant to be playing an early twentysomething when she’s actually 30 in real life. But, still – it’s depressing when you realize you’re at the age where you’re meant to be identifying with the parents or, even worse, the grandparents in movies. Not that I identify with the mother in THIS one – she’s completely bonkers! HA! Hahaha! HAHAHAHAHA!!!! I’m actually a hot twentysomething metal chick in my mind, at least. 😉

Lights Out isn’t perfect but it has some effective scary moments with creative use of lighting & sound. There were a few times in the cinema where the noises made by the dark figure sounded like they were coming from directly next to me so that was a bit unsettling (I know nothing about this sort of thing – maybe I was just in a good position in the theater). I also went to this alone and no one sat near me, which helps add to a movie’s creepiness. We end up knowing & seeing a bit too much to remain fully unsettled but, overall, this is a fairly good supernatural horror (my favorite type) and better than a lot of the current crap in this genre. But with films such as It Follows & especially the brilliant The Babadook finally proving that supernatural horror movies can be really damn good, other films in this genre are going to have to raise their game more than this one manages in order to keep me from being a little disappointed.

**Just want to make a quick mention of Gene Wilder passing away yesterday. 2016 has been an awful year for celebrity deaths. The film & music industry have lost so many hugely talented people this year. R.I.P. Gene Wilder. Pure Imagination will always be my favorite moment of his…