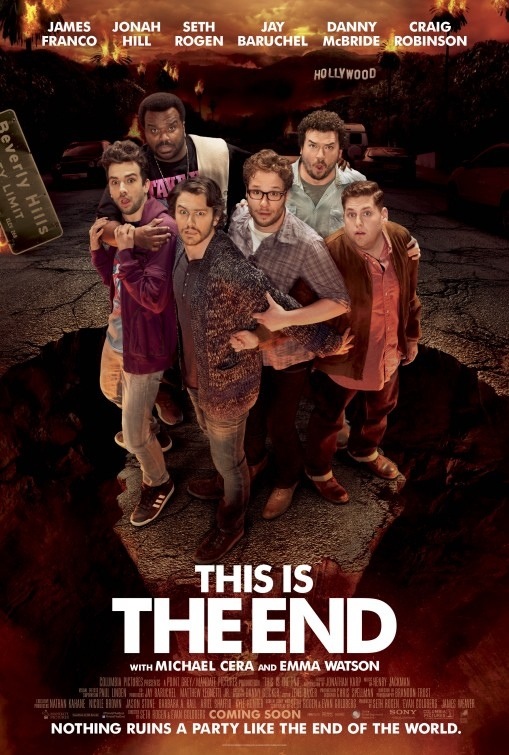 This Is The End

Well, I think everyone knows by now that the actors listed above play themselves (or fictional versions of themselves, at least). While at a party at James Franco’s house, the final apocalypse begins… 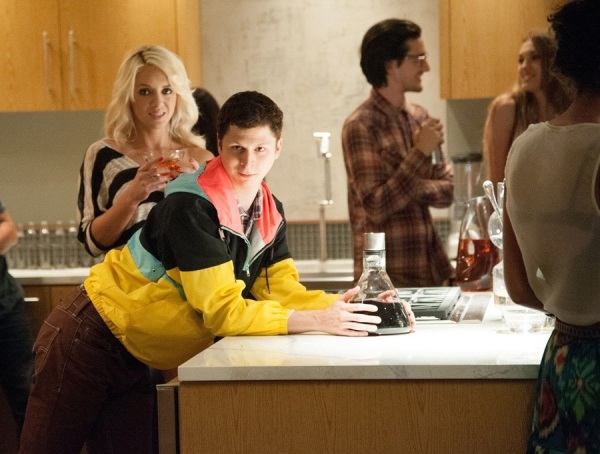 This looked quite funny (and I LOVE apocalyptic movies – see my Top Ten here), so I figured I’d check it out even though I’ve never been overly bothered about this little group of actors. So… Do you need to love these actors to enjoy the film? Well, I think it would certainly help but I did still enjoy it anyway. And I have a tiny bit of a crush on Jay Baruchel, who I liked most in a movie I don’t THINK had anything to do with this group (She’s Out Of My League). The two main movies that most everyone in This Is The End seems to have been in are Pineapple Express (think I finished that in about three sittings) and Superbad (don’t remember a THING about that other than the “McLovin” thing). Anyway, in my opinion this movie is at least funnier and more memorable than those two were. Or anything else from this group. So… You’re gonna get a fairly balanced review, I think, as I don’t absolutely worship these guys. 😉 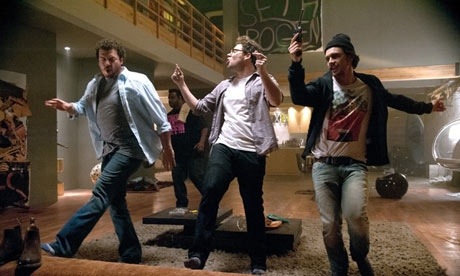 I don’t think I’m giving anything away that isn’t in the trailers by saying that some of the appeal of this movie is watching celebrities getting killed in humorous ways. I think, like me, most of us love celebrities as much as we hate them. Or is that just me?! So I found that entertaining and would have liked to see more of it. There are some fairly impressive cameos – It would have been even cooler to have a few more celebrity deaths that were as inventive as the first one. 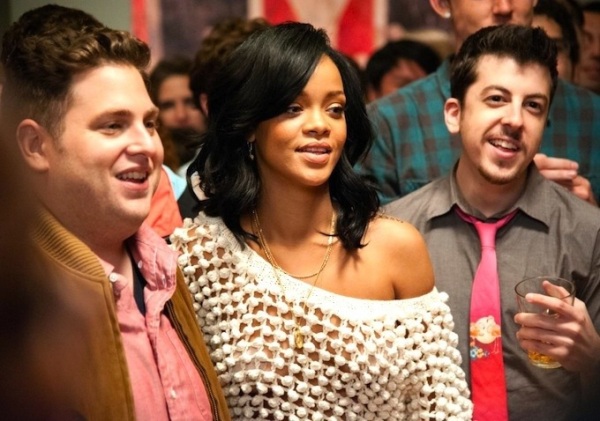 As to be expected, there’s lots of crude humor and lots of drug-taking and lots of humor involving all this drug-taking. Basically, it’s like all their other movies but I found the actual concept and story a lot more fun than something like Pineapple Express. 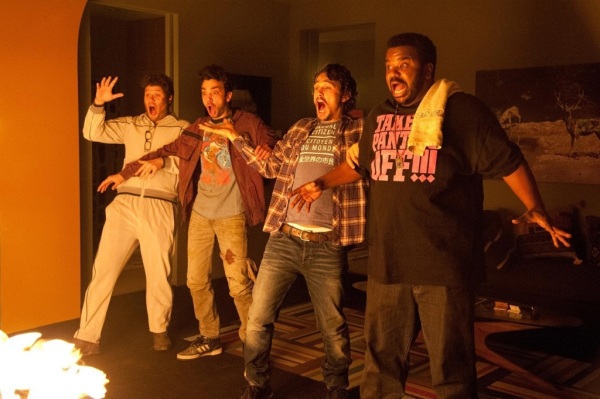 I saw this three days ago and, to be honest, I’m struggling to remember specific things so I’m not sure what else to say. There’s a scene involving a porn mag that’s quite funny and probably the highlight of the movie. Oh – the music was (mostly) good! Never going to complain at a bit of Black Sabbath! Also don’t mind some Cypress Hill & KRS-One. So other than an annoying boy band & Whitney Houston, fairly decent soundtrack. Oh yeah – and at one point a character calls someone a “duplicitous taint” and I was like “I need to remember that because I think I know a certain someone who would probably appreciate that. (The IPC…). Lol! But I didn’t quite remember because I’m getting old and senile and I’m now not sure if that’s exactly what was said but I know the second word is right. Anyone feel free to correct me if I got that wrong. Okay, I’m rambling now – time to finish this review. 😉 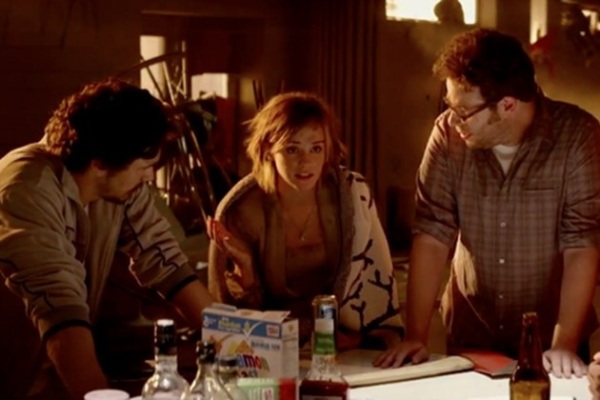 This Is The End is rude, crude, and fun. If you love this group of actors, you’ll probably worship this movie. Great job on the pretty original idea of having them play “themselves” in the middle of one messed-up apocalypse. But, overall, I found the whole thing quite forgettable. As much as I enjoyed it while watching it, I can’t see it being one I’d watch again anytime soon. As far as comedies go, I’m very picky but the few I love I could watch over & over again. This Is The End isn’t one of those for me but neither are any of the other movies from this group of actors. For me, at least – I know I seem to be in the minority on that. 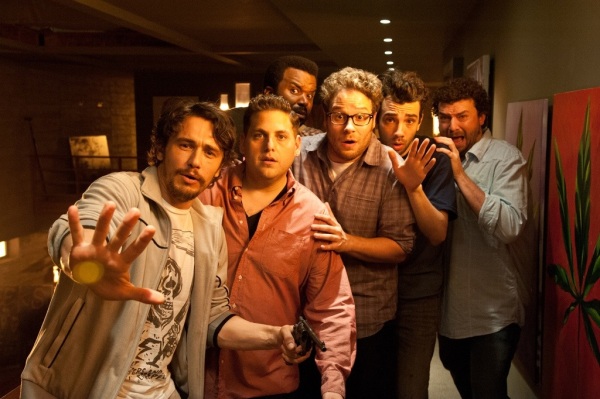 Scene After The Credits?: No, there’s nothing after the credits. It’s the kind of movie where I expected something.

Cameos?: I know some people will want a list of all the cameos in This Is The End. As I didn’t know several of the actors anyway, here’s a good link with the list: BuzzSugar

My Top Ten Apocalyptic Movies – Does this make the list?