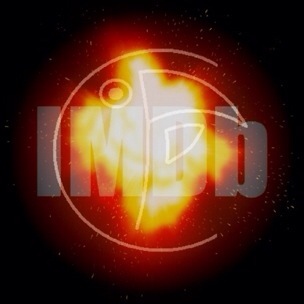 Today’s IMDB Top 250 Guest Review comes from Anna of Film Grimoire . This is her second IMDB review (you can read her review of horror favorite Rosemary’s Baby HERE). Thanks for joining in, Anna! 🙂 Now let’s see what she has to say about District 9, IMDB rank 210 out of 250… 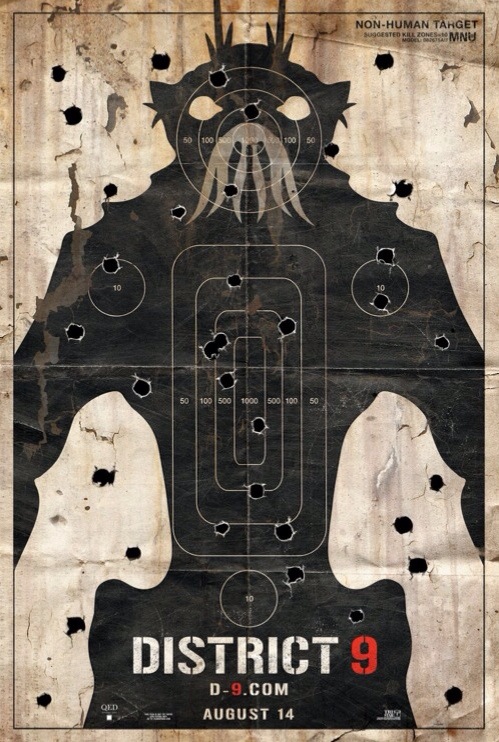 District 9 (2009, dir. Neill Blomkamp) is a humorous yet thought-provoking filmic allegory that reflects the racism and segregation of South Africa’s apartheid era. In 1982, a giant spaceship parks itself above Johannesburg, and when humans go to investigate it, they find many malnourished aliens inside. Seeking a quick solution to this issue, the South African government allows them to seek asylum in a designated camp area outside of Johannesburg called District 9. Despite their new freedom on Earth, the aliens are subject to strict governmental and societal control. They are not exactly welcome, and are subject to discriminatory behaviour and derogatory names such as “prawn”, due to their scaly appearance. More recently, as the humans of Johannesburg start to get tired of living near them, the government decides to move the aliens further away.

In the film, Wikus van de Merwe (Sharlto Copley) is working as a higher-up in a privately owned military company called Multinational United (MNU). MNU is tasked with the responsibility of telling the aliens that they must relocate to a new internment camp. Wikus is in charge of organising the relocation, and ensuring that it occurs in an orderly manner. When persuading one of the aliens to relocate, Wikus is unwittingly exposed to a strange liquid that leads to a horrific, transformative experience. Along with his a new alien acquaintance named Christopher, and Christopher’s son, Wikus endeavours to fix the condition that he is faced with, as it grows worse and worse, and as his personal empathy for the aliens’ situation is also amplified.

I chose to review District 9 for T9M’s IMDb Top 250 series because I’d never seen it before, and thought it was just about time to finally give it a watch. I found that this film was not only entertaining as far as its story and world-building, but also in terms of its parallels with social issues such as racism, poverty, asylum seekers, bigotry, and the apartheid era; among many others. These issues smack you in the face from the get-go, and can be very confronting. It can be difficult to reconcile the behaviour we’re shown in the film with actual behaviours that occurred against real people in very recent human history. The humans in this film are incredibly blatant in their discrimination and resentment towards the “prawns”, both verbally and physically. The film also shows brief snippets of pro-alien rights groups attempting to fight for the rights of the occupants of District 9, but their voice is a minority against the power of the enforcers of MNU. The overall effect is sobering. The film is undoubtedly a work of science fiction, given that it involves aliens, but the issues within the story are incredibly human. 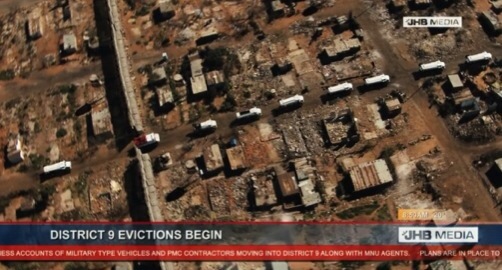 The film has an excellent introduction with a sufficient explanation of the history of aliens in Johannesburg, in what seems to be initially a documentary format. This format is perfect for conveying a great depth of information, which at no point feels like unnecessary exposition. It also provides for some interesting hand-held camera work and comedic moments. At the beginning we see the issues purely from the human side, from the government’s and MNU’s point of view, as they seek to justify the relocation of the aliens in District 9. We learn all about the main human characters, particularly Wikus, who is shown to be a fairly ineffectual and silly man in an elevated position as a result of being married to the boss’s daughter. From the very beginning, there’s a dark cloud hanging over the interviews – they mention Wikus as having done something wrong, as having ended up somewhere bad. This builds a good amount of suspense from the beginning, particularly when contrasted with his daft moments on camera.

The film gets dark as the MNU soldiers enter District 9 and start threatening the aliens; treating them in a way that is unfitting of asylum seekers in need of support. We see that forcing the aliens to relocate will uproot a society that they’ve built, we see MNU soldiers being violent and swearing at the aliens, and we see alien children who are forced to grow up in horrible conditions. This is where the viewers begin to see the other side of the issue – the side of the aliens who are dependent upon this internment camp for survival.

What I loved during this part of the film was that the aliens’ dialogue was subtitled, rather than forcing them to have a strange human voice. It lent a more realistic quality to the film, and almost humanised them in a way; it further cemented the idea that this is an intelligent species with their own language and social identity. We learn that the aliens have names and family roles, they wear clothing like humans, and we learn about their preferred diet – delicious cat food. We also learn that some of the aliens engage in criminal activity, and are the target of criminal groups who want to exploit them. This element of the film was very interesting and the alien life in District 9 was very well explored.

Through Wikus’ budding friendship and interactions with a nice alien named Christopher, we learn more about the aliens’ side of life in District 9. However, this occurs alongside Wikus’ need to partner up with Christopher so that they can help each other. There are a number of gross-out scenes are you might expect in this type of sci fi, but it’s similar to Cronenberg’s The Fly (1986) in that the audience is meant to barrack for Wikus and simultaneously be completely repulsed by his transformation. Sharlto Copley plays the role of Wikus so believably that you can’t help but feel incredibly sorry for him. 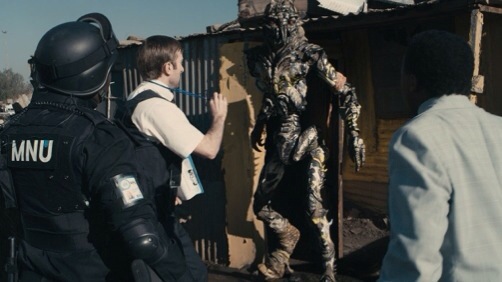 The film does turn into a bit of a regular science fiction thriller after Wikus’ transformation begins. It becomes less about the social issues, and more character-driven, although we do get to know Christopher and his child more, and learn about the ways in which anti-alien bigotry has affected them. The social issues are ever-present, but they are lessened in favour of more action, and conflict with a fairly clichéd antagonist.  The final ‘battle’ with this villain resorts to tropes of the genre, which can be slightly tiresome, and are at odds with the other more progressive elements of the film.

Although there were moments during the beginning of the film where the animation of the aliens seemed a bit blurry and computer game-ish, I noticed that the animation seemed to improve as the film went on. The visual construction of the film is excellent as the documentary format from the beginning of the film is mixed with the narrative of Wikus and Christopher, security camera footage, and news helicopter footage, all mixed together to construct a story that is seen from as many angles as possible. The score by Clinton Shorter is also excellent.

District 9 is quite a unique film in that it melds its distinctly serious social issues with a story that it at times humorous and irreverent, with the additional science fiction elements involved with introducing aliens to our world. It succeeds on many levels – an engaging story, captivating storytelling and acting, visual elements that get better as the film progresses, and a great score. It’s not without its drawbacks, such as the issues with the animation in the beginning, and the clichéd villain. But overall, this film is a stunner. It’s very entertaining but it will also cause you to reflect on deeper issues such as racism and bigotry. It is important to note that the big issues at the heart of District 9 are nowhere near resolved, which makes this a very poignant film indeed. Perhaps films like this will assist perpetrators of racial hate and violence to think on their beliefs a little more closely. Maybe in the future, this film will be a relic of once-held beliefs that have been overcome.