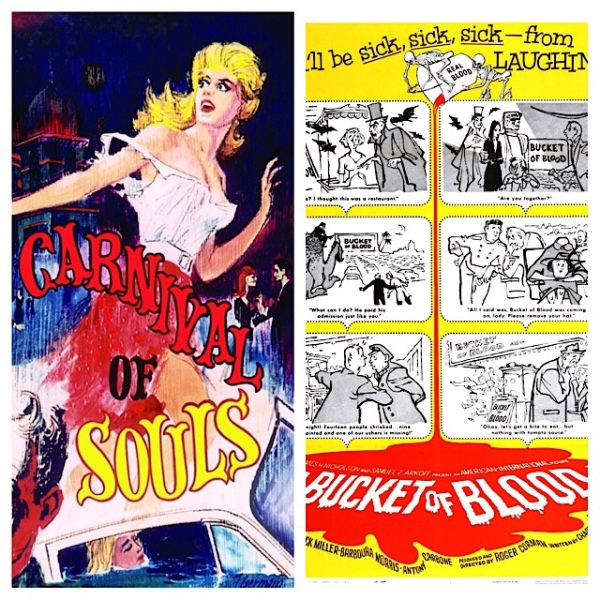 Here are two more very short “reviews” of a couple of old horror classics that I watched this year.

Plot Synopsis: (via Wikipedia)
Carnival of Souls is a 1962 American independent horror film written, produced, and directed by Herk Harvey, and starring Candace Hilligoss. Its plot follows Mary Henry, a young woman whose life is disturbed after a car accident. She relocates to a new city, where she finds herself unable to assimilate with the locals, and becomes drawn to the pavilion of an abandoned carnival.

I’ve wanted to see this for years (FYI – it’s on Amazon Prime UK). Mainly because of the title: CARNIVAL OF SOULS!!! Seriously – that’s an awesome title. The movie itself? Low budget and extremely slow-paced. I love the idea of the story, though, and can see that this probably influenced many later horror films such as Romero’s brilliant Night Of The Living Dead. There’s some great stuff going on in this movie, including creepy & atmospheric organ music and zombielike people who seem to be after the main character’s soul following her car accident. I want to give this a higher rating. It deserves higher. I may up my rating at some point… I do think it’s worthy of its cult status and that all film lovers, especially horror film lovers, should see it. But it IS very slow. The story is dragged out for too long but, to be fair, the ending won’t have been blatantly obvious in 1962. This film was probably a bit of a shock back then! But it could’ve made for a kick ass half-hour episode of The Twilight Zone instead.

Plot Synopsis: (via Wikipedia)
The film is a dark comic satire about a dimwitted, impressionable young busboy at a Bohemian café who is acclaimed as a brilliant sculptor when he accidentally kills his landlady’s cat and covers its body in clay to hide the evidence. When he is pressured to create similar work, he becomes murderous. 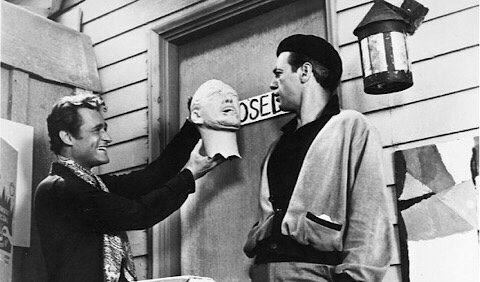 Amazon Prime seems to have a lot of cult classic horrors at the moment so, like Carnival Of Souls, I was happy to finally check out this Roger Corman horror comedy starring Dick Miller. I can’t say it’s a “good” film but it’s memorable and I loved the 50’s beatnik setting. Not enough movies focus on that sort of culture – it made it feel more unique. Here’s the IMDb synopsis if you’ve not heard of it: “A dim-witted busboy finds acclaim as an artist for a plaster-covered dead cat that is mistaken as a skillful statuette. The desire for more praise soon leads to an increasingly deadly series of works.” I enjoyed it plus it’s only just over an hour long so I appreciated that (I rarely have enough time to watch an entire movie in one sitting).