Plot Synopsis:
A family of mostly writers (author Greg Kinnear, ex-wife Jennifer Connelly, and their children Lily Collins & Nat Wolff) are affected by the highs & lows of life and love in various ways.

I’d never heard of this film when I went to it early one day recently (Didn’t know it was a senior citizen showing. That was awesome. It was so quiet and I haven’t felt so young in a long time!). Apparently it came out in Canada in 2012 under the title Writers? Then the US in July and finally the UK now on what appeared to be a very limited release. 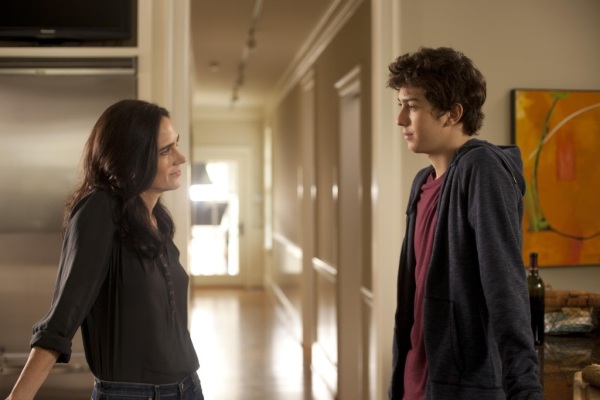 Anyway – I quite liked this film. Not sure why it got no attention. I always find “authors” interesting as I’d love to be one (but would have to actually have any sort of writing ability in the first place). 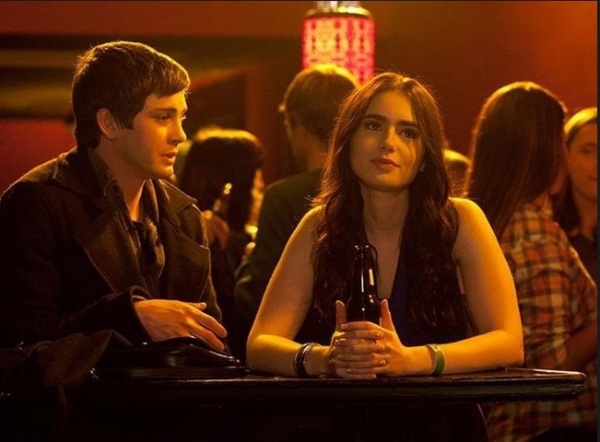 Greg Kinnear is the father and the author of a well respected book. His marriage to Jennifer Connelly fell apart a few years ago but he wants her back & still sets a place for her at the Thanksgiving table every year despite the fact that she has re-married. He pushes his children (maybe a little too hard) to be writers as well. The daughter (Lily Collins) is just about to have her first book published. She’s very bitter & has no interest in anything other than casual relationships after watching her parents’ marriage fall apart (which she blames entirely on her mother & is punishing her by no longer talking to her). The son (Nat Wolff) is a sensitive teenager obsessed with Stephen King and desperate for a girlfriend. I loved the Stephen King thing here as I love his stuff – it’s an added little treat for King fans. 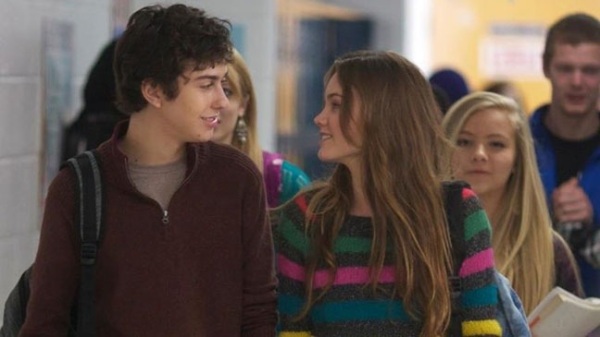 To be honest, this story is pretty predictable every step of the way. There’s nothing exactly new or original here. But it works. Sometimes films like these work as long as you buy into the characters and care about what happens to them. I’d definitely recommend it as a nice weekend afternoon film. Logan Lerman is in this as a boy trying to win the affection of icy Lily Collins. I’ve loved him ever since The Perks Of Being A Wallflower and he’s totally loveable here too. Lily Collins is fine and the movie is good enough that I wasn’t at all distracted by her eyebrows. I loved the sad story of Kinnear’s & Connelly’s marriage, where all isn’t as it seems. And the son’s story is very predictable but he’s so likeable that you really want the best for him. The only annoying character in the film is Kristen Bell (but I always find her annoying). Her character does have a purpose, though.

So…. I liked this. No complaints. I recommend it to anyone who thinks it sounds like their type of thing. Good human stories about characters that feel very real.