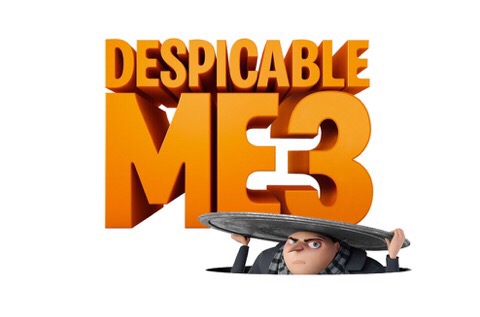 Plot Synopsis: (via Wikipedia)
In the film, Gru teams up with his long lost twin Dru in order to defeat a new enemy named Balthazar Bratt, a 1980s child actor who grows up to become a villain.

Another quickie review today! I’m trying to catch up since I try to review the things I see in the cinema (I managed to finally review Gifted yesterday). At least I missed out on Spider-Man: Homecoming due to a headache so I don’t have to worry about reviewing that! Wait, no – that sucks. I want to see that, dammit. But now I don’t know when it’ll be. Anyone seen it? What did you think? Oops – I’m meant to be reviewing Despicable Me 3…

What can I say? I love those damn minions (one of cinema’s greatest creations, quite frankly). I absolutely adore the three Despicable Me girls (I’d adopt them if you could legally adopt cartoon children) and I love their adorable relationship with Gru. The first Despicable Me film is a favorite of mine, which is extremely rare for an animated movie that wasn’t made by Pixar or Disney. I’m a total Disney/Pixar snob – all other animation production companies can’t even compare. BUT! The first Despicable Me rules. The characters, the soundtrack, the MINIONS…. ! Love it. 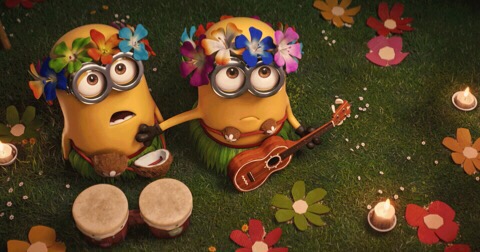 As with all money-grabbing animation sequels, though, Despicable Me 2 & 3 obviously pale in comparison to the first. I looked back at my review for Despicable Me 2 (HERE) and I was far too generous with my rating, which I’ve now knocked down slightly to 7.5/10. That’s still probably too high but I think I was buzzing from once again getting to see these characters that I enjoy. I felt the same way while watching number 3 and, when first coming out of the cinema last weekend, probably would’ve rated it slightly too high if I hadn’t waited a week to review it. I at first felt it was a tiny bit better than number 2 but have since changed my mind since watching part of that one with the kid again. 2 & 3 are fairly close but 2 gets half a point more for funnier minion scenes, better use of Pharrell’s brilliant music, and a much stronger opening. Both 2 & 3’s villains are quite weak but, meh – who cares when we get to see Gru, the girls & the minions again? Gru’s long-lost twin brother is probably a love-him-or-hate-him addition but I found him a better character than the lacklustre villains of the last two and slightly less annoying than Lucy (who I’m still unfortunately not crazy about, but that’s not helped by her not being given much to do in number 3). 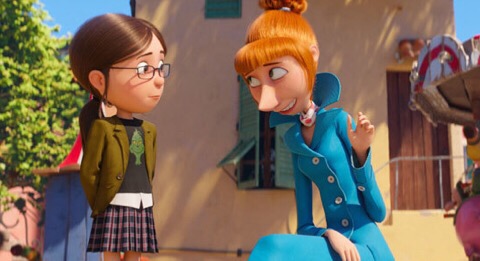 I think I’m probably going too easy on this film because I love the characters & also love seeing how much my kid enjoys these movies (I think she thinks she IS Agnes sometimes). Despicable Me 3 isn’t a great film but, if you love these characters, I think you’ll get some enjoyment out of it anyway so I would still recommend it to fans. I think reviews have been a bit too harsh since the first movie was so good. But, to be fair, I’ve seen FAR worse animated sequels. And it’s certainly better than the Minions movie, which truly suffered from the lack of the three girls. Oh, and I’ll say I was very worried when seeing the trailer for this one that the girls would barely be in it (why the hell weren’t they in the trailer?!) so I’m happy to say their roles are about as big as they were in the second film. Maybe that’s why I ended up not being disappointed since that horrible trailer gave me very low expectations. But I enjoyed it just fine. It’s watchable. I still adore these characters. But it would be nice if the movies were getting slightly better each time instead of slightly worse…

A Merry Christmas & A Very Happy New Year To All! 🙂