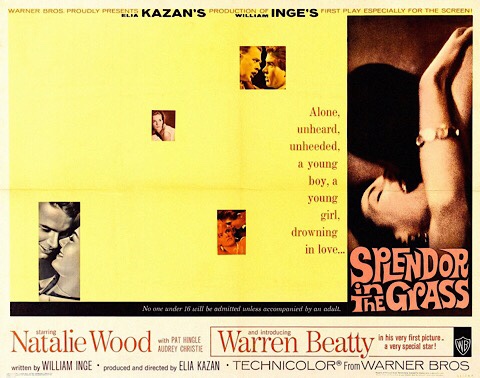 Plot Synopsis: (via IMDb)
A fragile Kansas girl’s love for a handsome young man from the town’s most powerful family drives her to heartbreak and madness.

First, these are the 2018 Blind Spot films I managed to watch this year, from my least favorite to favorite:

Splendor In The Grass was going to be a 2019 Blind Spot choice but it was on TV so I decided to take the opportunity to watch it this year instead. I’m glad I did. I loved it. In ranking these above, I kept changing the order around between this & Metropolis but, while Metropolis is the better and more iconic film, Splendor In The Grass is the one I enjoyed more. It’s quite a girly film for me but I love a devastating, heartbreaking love story. Love should be painful! And god I love some good sexual tension in movies. It was palpable in this. It reminded me a bit of Brief Encounter. So much sexual frustration!

A big reason I wanted to see this was because I wanted to explore more of Natalie Wood’s films. She’s fantastic in this and entirely to thank for this film being so raw and emotional. She makes this movie the classic that it is. Warren Beatty is fine (this was his very first movie role) and they had good chemistry but I think his and all the other roles in this movie could’ve easily been filled by other actors and it wouldn’t have made a difference. Natalie Wood is the true star here and your heart breaks for her and you seriously want these two to rip each other’s clothes off and just have some damn fun. She was so lovely. I mean, look how lovely she is in this mustard top. Who the hell looks good in mustard?!

I suppose there’s also the real-life mysterious drowning of Natalie Wood which now makes the film feel even more tragic. In her despair & heartbreak, her character tries to drown herself and it’s widely known now that she had a terrible fear of water and was dreading doing that scene. This is from IMDb trivia:

“For the scene in which Deanie tries to drown herself in the lake, Natalie Wood asked Elia Kazan if she could do it in a controlled studio tank because she had a great fear of water – particularly dark water. “I assured her it was a very shallow lake and that her feet would always be close to the bottom,” said Kazan. “She said that even if her feet were on the bottom, she’d be in a panic of fear about it. So I asked my assistant, Charlie Maguire, to get into the water with her, just out of camera range, while she played the scene of struggling to save herself. This didn’t entirely reassure her, but she did the scene and did it well – then clutched Charlie. ‘Cut!’ I cried. On dry land she continued to shake with fear, then laughed hysterically, with relief.”

This is one of those films that wouldn’t necessarily be loved by everyone nowadays. I think it depends on if you can watch an older film (this was made in 1961 but set in 1928) and judge it by the standards of its time and when it was set. I see too many people judge older movies based on today’s ideals & morals and it always annoys me. Times change and people change. This movie has very outdated ideas on sex and the roles of men & women but that’s just the way things were. Wood’s character is a “good girl” and expected to stay that way while Beatty’s character is frustrated by his desire to have sex with her but also knowing he can’t “spoil” her so is actually encouraged to have sex with someone else instead. Beatty’s character is quite an asshole, by today’s standards especially, and there are times when the men in this act in ways that aren’t tolerated anymore (as with Beatty’s sister, who is considered an embarrassment to the family as she’s very promiscuous).

As I said, though, it’s Wood’s heartbreaking performance that made this movie such an emotional experience plus I’m always a sucker for tragic romance over a traditional “and they lived happily ever after” fairytale. Give me pain & tragedy! It feels more real. If that’s your type of thing, I think you may enjoy this film and I’d certainly recommend it if you want to see Wood at her best. I loved this movie and it’s probably one of my favorite Blind Spot choices in the three years I’ve been doing the Blind Spot Project. 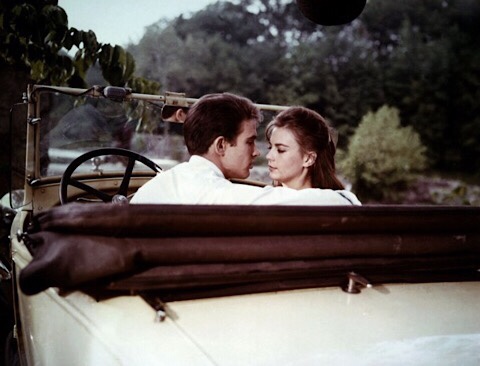