The guest reviews have dried up so here I am again, finally reviewing another one of these for my own IMDB Top 250 project. You see, I’ve been super lazy on doing these reviews but not as lazy on actually watching the movies. So let’s discuss Warrior, which I watched on August 22nd 2015! This should be entertaining as I barely remember the damn thing… 😉 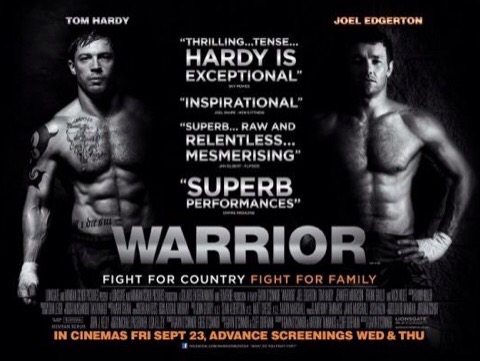 Plot Synopsis: (via IMDB)
The youngest son of an alcoholic former boxer returns home, where he’s trained by his father for competition in a mixed martial arts tournament – a path that puts the fighter on a collision course with his estranged, older brother.

I remember this film having very good performances, totally dysfunctional family relationships, lots of fighting, and me falling asleep several times (especially during the long mixed martial arts tournament at the end). This movie is good but it didn’t work for me. Hey, that happens sometimes. Any regulars here will know that I give ratings mostly based on my own personal enjoyment of a movie but do factor in a movie’s “worthiness” somewhat as well. Yes, it probably deserves higher praise than it will seem that I’m giving it. Let’s discuss the good things about it.

The performances. Most notably: Nick Nolte. He’s the best thing about this. He did get nominated for a Best Supporting Actor Oscar for his role as the estranged alcoholic father of Joel Edgerton & Tom Hardy and I think that nomination was well-deserved. A lot of people might say that Tom Hardy is the best thing about this and, yes, he’s very good too but Nolte’s performance was more memorable for me. I think Edgerton was probably unfairly ignored in this as he’s the most “together” of this estranged family while Hardy’s U.S. Marine & Nolte’s recovering alcoholic are thoroughly damaged individuals. The truly damaged characters always get the most attention but I think Edgerton & Hardy are equally good in this.

Can I just go off topic slightly & say that I’m always confusing Nick Nolte & Gary Busey? Like, I keep thinking “I really liked Nick Nolte in Point Break” then later realize that it was actually Gary Busey. Anyone else ever mix up a couple of actors? They were just in the same types of movies at the same sort of time and they look kind of similar. Busey was the crazy one, though, right? You know what Nolte movie I really like, though? Three Fugitives! I probably shouldn’t admit that… It’s one of my embarrassing guilty pleasures. 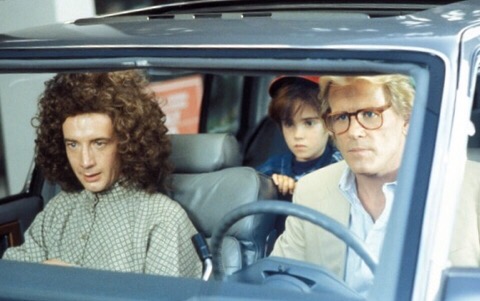 Where were we? Oh. Warrior. Yeah. As I said, it was almost a year ago that I watched it. Everyone in it was angry & depressed & damaged & had some sort of drama going on in their lives so the men relieved their stress by kicking each other’s asses. Edgerton was a lovely father & husband, though. 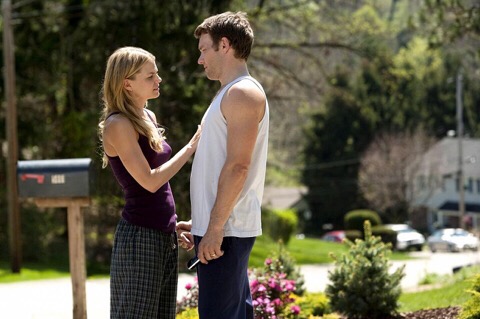 Okay – there’s no point in me rambling on as I’m just trying to tick these unseen IMDB Top 250 movies off my list. Watch them, write a tiny bit about each, and move on. Does this deserve to be in the Top 250 alongside some of the absolute classic films on the list? Of course not. It IS a very good film with fantastic performances but it’s no The Good, The Bad And The Ugly (the last Top 250 film I reviewed which, although also not my type of “thing”, I gave an extremely positive review as there was no denying its moments of pure genius).

I’d never disagree with anyone who does love this film as I can easily understand its appeal. I’d also most definitely recommend it to either gender but, yes, mostly to males who like movies such as Rocky as this is aimed more at them. I’ll admit this now: I also have yet to watch Rocky for this project but I’ve seen enough bits & pieces of that film over the years to know it’s not just about “guys beating each other up”. If it was, it wouldn’t be so highly regarded. Warrior is exactly the same: it’s a film about the characters, their relationships, determination, and overcoming the odds. The mixed martial arts is just the backdrop but, hey, that makes it a far more entertaining film for those who like that sort of thing. It’s predictable & there are a lot of clichés but they’re forgivable as the three central performances are so good. This is the equivalent of a chick flick for men although no one would probably dare say that as “chick flicks” get a bad rap. I like the occasional chick flick the same way I like any clichéd feel-good movie and Warrior is truly no different – it just transcends these faults thanks to the strong characters. Its IMDB rating is 8.2 so don’t let my opinion put you off.