Based on Deadpool by Fabian Nicieza & Rob Liefeld

Plot Synopsis: (via IMDB)
A former Special Forces operative turned mercenary is subjected to a rogue experiment that leaves him with accelerated healing powers, adopting the alter ego Deadpool.

Another superhero movie! YAY!!! (I’m saying that sarcastically in my head – I suppose that doesn’t come across in text). Okay – I begin every one of these superhero movie reviews lately by saying “I’m getting a bit superheroed-out“. And I really really am. Deadpool is fun, though. I did a list of My Top Ten Superhero Movies ages ago, which I really should update as I’d most definitely move stuff around (I was too nice to Nolan’s Batman trilogy). I know, however, that since making that list, Guardians Of The Galaxy is now the firm number one for me. Deadpool doesn’t change that but I’d have to say it would probably make the top five. It’s a welcome break from the superhero films that take themselves far too seriously.

I’m not a huge fan of Ryan Reynolds (I had a really hard time choosing his best role for the Movie Reviews 101 Opinion Battle). Well, I can confirm that Deadpool is now by far his best role. His wisecracking smart ass thing worked perfectly. I loved the very adult humor and the dick jokes that were actually pretty funny (as far as dick jokes go). His girlfriend (Morena Baccarin) is a saucy minx making some great dirty jokes right along with him. Plus there are loads of movie references for all us geeky cinephiles and even a JUDY F*%KING BLUME joke especially for ME!!! (Pretty sure I was the only one there who got that one….)

I think the only downside to this film, for me, is that I don’t really see it as a “multiple-watcher”. Once you’ve seen it, you’ve seen it. You’ve heard all the jokes. I’d maybe watch it a second time as there are so many jokes that there’s no way you’d catch them all the first time but beyond that I’d rather just watch a Deadpool sequel with all new wisecracks I haven’t yet heard. I think that’s the nature of comedy, though. Or maybe that’s just me but, personally, very few of my all-time multiple-watcher favorites are comedies. I got a lot of laughs from this one viewing, though. 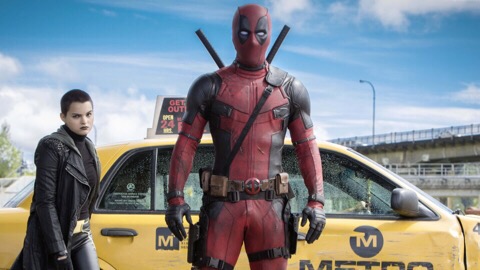 Sorry this is a short review but I don’t have much to say about this one. I really enjoyed it as far as this genre of movies goes but very few of these movies end up as all-time favorites of mine. This is a movie that’s definitely not for everyone – you’ll either like the humor & violence or you’ll hate it. I just really enjoyed watching a “superhero” movie that has some balls for a change. 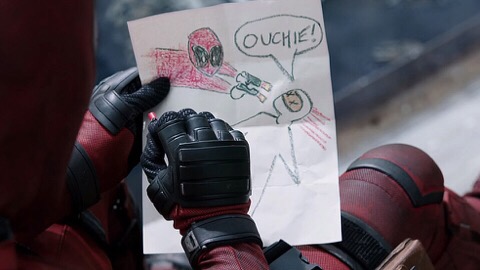 Is There A Scene After The Credits? Obviously! At the very end after all the credits. The question is: Is it worth staying for? Well, it certainly was for me! But I’m old so I get and appreciate the reference. However, since starting this blog I have discovered that the younger generation sadly does NOT appreciate what the end credit scene references. So…. It’s up to you if you want to stay but you’ll probably only appreciate it if you’re over 35. I bet you’re curious now… 😉