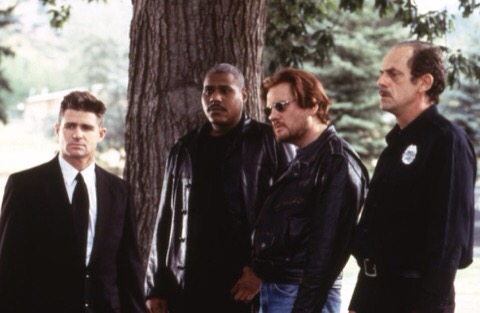 Okay…. I think it was almost a year ago that I watched this movie so I guess I’ve put off reviewing it for long enough. It’s a favorite of a fellow blogger who shall remain nameless (ERIC!) and he and another blogger who shall remain nameless (MARK!) were always shouting (well, typing) “Boat Drinks!” at each other and I was like “What the hell is that all about?”. I was never in a big hurry to watch the “movie where they shoot people up the butt” but it was on TV one day so I thought “Screw it – let’s see what this Boat Drinks thing is all about”. 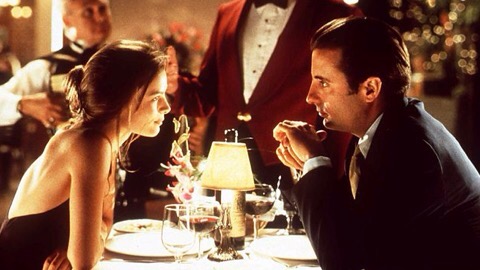 Things To Do In Denver When You’re Dead was better than I was expecting based on what it’s most famous for (the butt thing. sorry – I normally avoid spoilers on this blog but, seriously, it’s such a well known fact about this film & probably why I avoided it for so long). I have to say it’s actually a pretty solid crime drama with some really great characters and some very memorable lines & scenes. It seems to get compared to (or accused of ripping off) the previous year’s Pulp Fiction a lot but, in some ways, I think it’s actually a better film (I find Pulp Fiction overrated). I think it’s closer to, although not as good as, Reservoir Dogs. It has the same sort of interesting characters, amusingly witty banter, shady characters, violence, and the always entertaining Steve Buscemi. I suppose it just didn’t have the “style” the Tarantino films have so it didn’t get the same level of attention. Which is sort of a shame because, if you haven’t seen this, you’re missing a fantastic performance from Christopher Lloyd. He was the best thing about the movie for me and the “boat drinks” scene between him & Andy Garcia is the definite highlight of the film. It’s a wonderful scene! I’m happy I saw the movie just for Christopher Lloyd and that one scene.

There are other good things about the movie, though. Lloyd was my favorite but each character in this group of misfits is entertaining and they all have very different personalities, meaning that everyone who watches this will have a different favorite character. I have to say that Treat Williams as a violent lunatic was a real treat for a change (ha!) and I always enjoy seeing Steve Buscemi in a movie even if he’s playing a similar sort of role as he has in a lot of other films. The two female characters (Fairuza Balk & Gabrielle Anwar) are of course pretty unimportant in this “guy movie” (typical) but I don’t really have too much of a complaint there – they get a bit more screen time than other female characters in similar “movies for dudes”. My only real disappointment, unfortunately, was with Christopher Walken. I like Walken most of the time but, in this, he’s a little too “Christopher Walken”. If you love him, you’ll like him in this as he’s being his usual, crazy sort of character but it almost felt like he was bored in this one. I don’t know… I think it’s one way in which Pulp Fiction has this movie beat – Walken was more interesting with a watch up his ass. 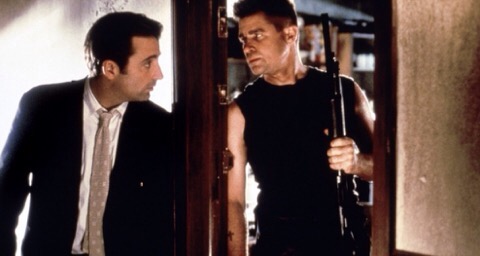 I think that Things To Do In Denver When You’re Dead, although not my usual sort of movie, is a very good film within its violent crime genre. I think it actually deserves more praise & recognition than it seems to have gotten. This is probably down to it coming out after both Reservoir Dogs & Pulp Fiction and being accused of being a Tarantino rip-off. It’s not as good as a Tarantino movie but it’s also much better than a lot of the other films that could be accused of ripping him off. I suppose it could be argued that there would be no Things To Do In Denver When You’re Dead if there was no Reservoir Dogs but I don’t think that matters – plenty of films are similar and it’s still a good movie in its own right. I’d definitely recommend it if you’re a fan of this genre. I’ll also make a bold statement here & say that I actually enjoyed this movie more than another similar film that also came out in 1995 – The Usual Suspects. The ending of that one is of course great but, overall, I liked this one more. 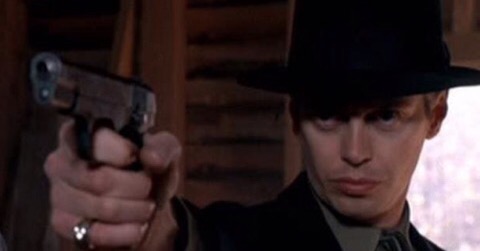 **Speaking of one of those bloggers who likes this movie, I participated in Eric’s popular Shitfest celebration of horribly bad movies over at Isaacs Picture Conclusions. You can view my entry, a review of the annoying Crystal Fairy & The Magical Cactus, HERE. 🙂