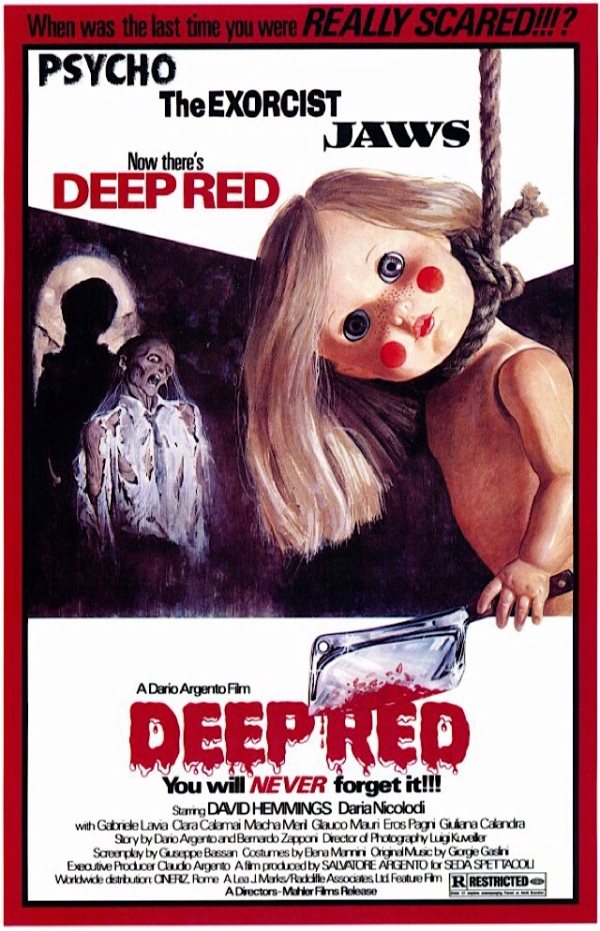 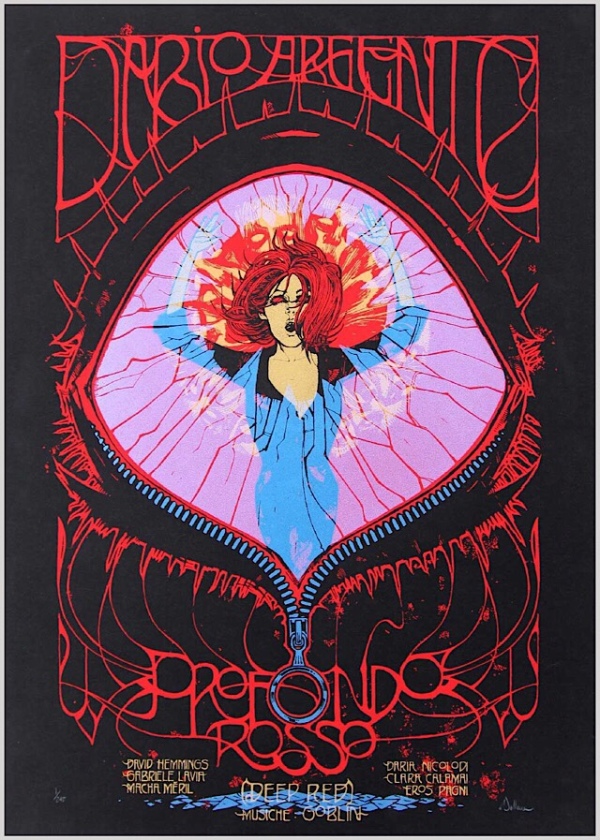 Plot Synopsis: (via Wikipedia)
Deep Red stars Macha Meril as a medium and David Hemmings as a pianist who investigates a series of murders performed by a mysterious figure wearing black leather gloves. 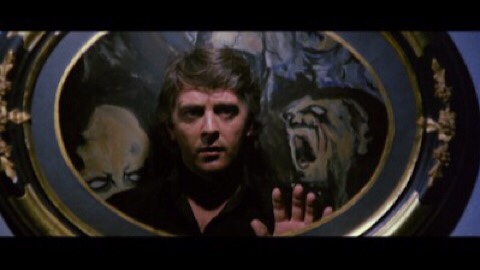 Happy Halloween! I thought I better finally review one of my Blind Spot choices this year so it seemed like the perfect time for Dario Argento’s Deep Red. I do try to explore a little bit of most every genre of film but my knowledge of the Italian Giallo horror thing is severely lacking. This is my third Giallo horror and I’ve only seen Argento’s movies so far; Suspiria, which I saw years ago and should really watch again, and Phenomena as a Blind Spot a few years ago. While I still think Suspiria is the best mainly due to being so iconic (and having that amazing Goblin score), Deep Red may actually be the more “enjoyable” and certainly the more accessible film. If someone was entirely new to this genre and wanted a good film to start with, I’d probably recommend this before Suspiria just because it’s a much more straightforward murder mystery and far less strange. Both are absolute must sees for film fans, though – Deep Red is just an easier starting point. 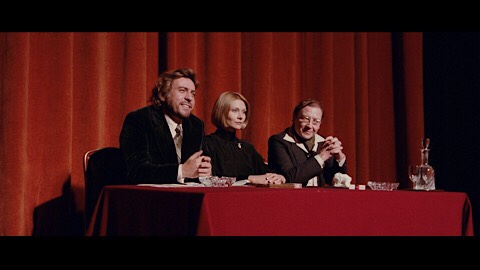 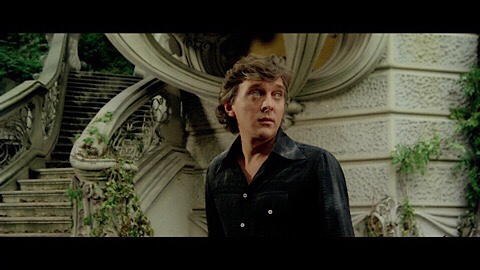 I’ll start with the obvious things that made this such an enjoyable watch for me personally: The look & the imagery, the atmosphere, and the score. These are extremely important elements to me when it comes to all films but especially for horror. I admit that I’m old but there’s just something special about the look & feel of Seventies & early Eighties horror movies that very few modern horrors manage to achieve. We do occasionally get some good ones now but it’s interesting how often they try to copy the look of old films. It never quite works, though. I appreciate things like The House Of The Devil trying to look like a Seventies or Eighties film but no modern movies ever manage to fully capture that mood and it always just feels like modern actors playing dress up (true for non-horrors too, such as American Hustle). Deep Red has a brilliant Seventies vibe. The clothing! The awful hair! The ugly decor! A stunning & creepy old abandoned mansion! Then we also get some amazing imagery, some of which I’ve posted but others that I can’t due to spoilers. We get a couple of creepy dolls (I love creepy dolls!), lots of that super bright red blood they seemed to use in Italian horror, a big sharp knife in a famous spoiler image, funky artwork on the walls, and closeups of the killer’s eye and the killer’s strange trinkets. 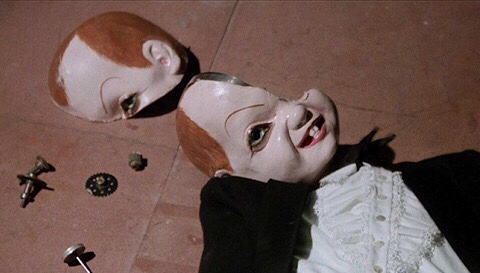 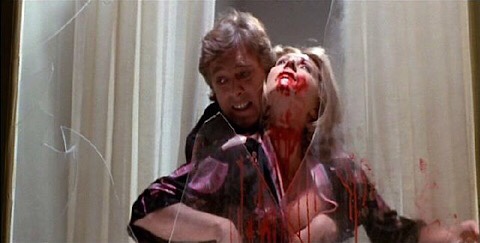 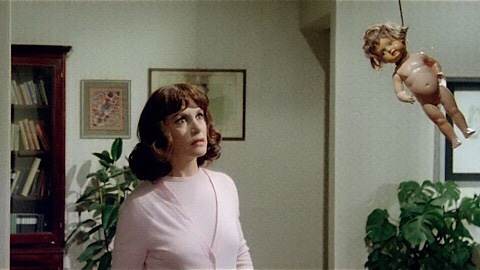 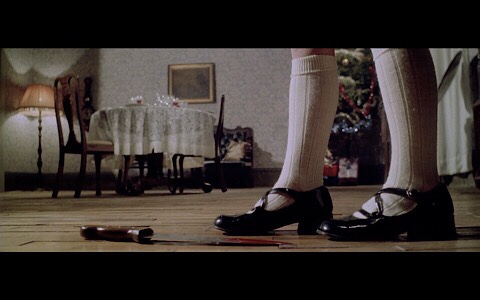 The imagery is fantastic but the score is just as important for setting the mood in this sort of film. I don’t know why modern movies so often seem to care so little about the score. A great score can turn a movie I like into a movie I love. Hell, I know I rated The Good, The Bad And The Ugly much more highly than I would’ve without Ennio Morricone’s masterpiece score (Italians do it better! Wasn’t that on a Madonna t-shirt?!). Goblin did the Deep Red score and I already love it along with the soundtracks for Suspiria and Dawn Of The Dead (1978), an all-time favorite film of mine. Many of my favorite films also have brilliant scores so I do think the music is important. I’ve added a clip of this Goblin score at the end of this post. Goblin feature heavily on my phone’s playlist. I know the scores to these Argento movies better than I know the movies themselves. I now want to watch every single movie that has a Goblin score (but I think a lot of them are very obscure and I’m sure the music is much better than the films). 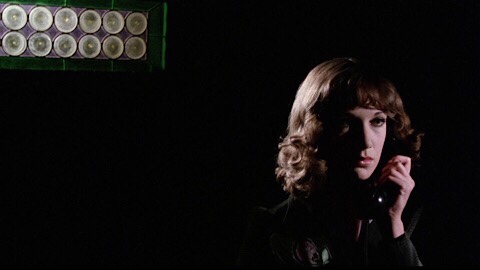 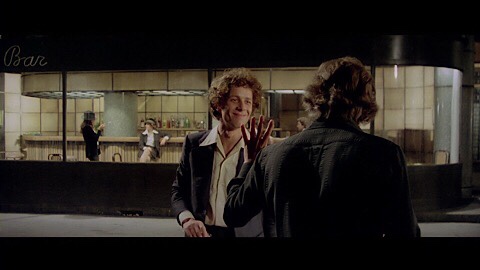 Atmosphere & music aside, Deep Red also has a decent murder mystery as well as some good characters. David Hemmings is good and I enjoyed watching him investigate these murders, especially when he explores a lovely old mansion as the main Goblin theme below plays. Daria Nicolodi is great as the female reporter who joins Hemmings in his investigations. The two had really good chemistry and I liked her sassy attitude. She added a bit of humor to the movie, which I wasn’t expecting in a Dario Argento horror. So, while I personally always prefer the supernatural and things like witches in Suspiria to murder mysteries, I can see plenty of people actually preferring Deep Red. I’m not sure why it doesn’t seem as popular or quite as well known as Suspiria? I think Deep Red (aka Profondo Rosso) is a brilliant horror classic and I’d recommend it to anyone curious about this genre. I’m glad I finally watched it as I’ve seen way too many bad horrors in 2019. Deep Red is by far my favorite of those I’ve watched in the past year. 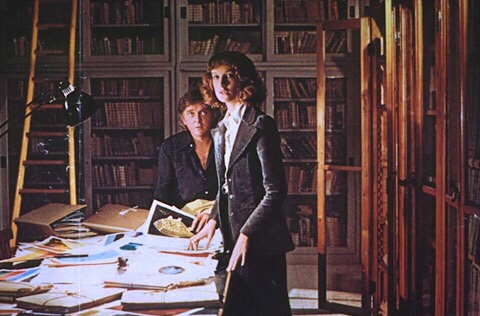 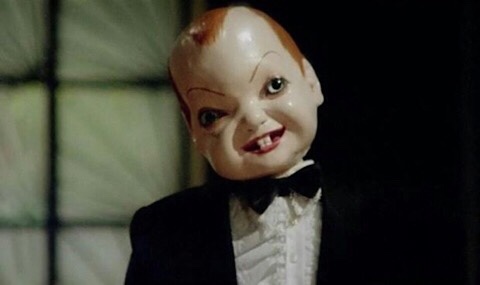 Here’s part of the fantastic Goblin score. Love it. I wish movie scores were still as brilliant as they were in the Seventies & Eighties…

**As this posts, I’ll be watching Doctor Sleep. I’ll try to do at least a quick review by the end of today, although I may not have time. I love Stephen King and have very high hopes based on the trailer…