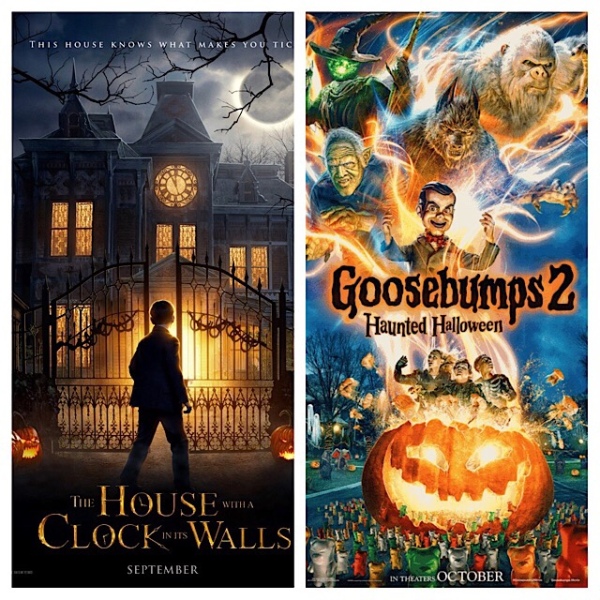 Plot Synopsis: (via Wikipedia)
The film follows a young boy who is sent to live with his uncle in a creaky old house. He soon learns it was previously also inhabited by a nefarious entity.

This was an enjoyable family film that unfortunately was slightly ruined by a terrible cinema experience. Why are people such inconsiderate wankers? 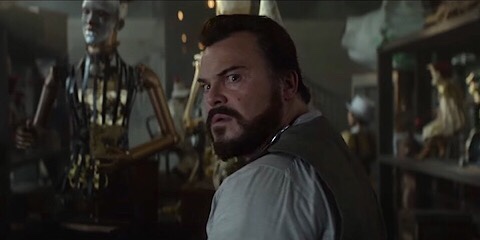 Let me see if I can remember what happened in this movie in between all the chatting, the guy shining his phone light to be able to dip his nachos into his supermarket salsa, and the kid’s LED shoes constantly flashing and lighting up the entire cinema. I was excited for another “scary” family film starring Jack Black after really enjoying watching the first Goosebumps movie with my daughter. Well, I still prefer Goosebumps but this was at least a lot better than Goosebumps 2 (review below). I don’t think this quite has the magic of other family fantasy films and the characters aren’t as strong as I’d have liked although all the actors did well in their roles. When compared to things like A Series Of Unfortunate Events (my kid loves that series) or to something like Harry Potter, this story feels a bit forgettable. It was fun, however, and I wonder if the book was a bit more in-depth and if this adaptation didn’t fully do it justice.

Fuck it – I was so distracted that I feel like an ass even attempting to “review” this. It was entertaining and Black & Blanchett worked very well together. Slight spoiler but, basically, the baddie wants to make everyone in the world disappear to which I replied rather loudly “Can he start with this audience??“. This is worth a watch if you like a slightly dark family film. It’s not for the very young but there’s nothing at all unsuitable for ages 6 or so & up.

Based on Goosebumps by R. L. Stine

Plot Synopsis: (via Wikipedia)
The plot follows two young boys accidentally releasing Slappy the Dummy and the Goosebumps monsters in their town, causing a wave of destruction on Halloween night.

This was a very big disappointment. I liked the first film a lot, even though I was too old to read Goosebumps by the time R.L. Stine wrote those (I did read earlier stuff of his). But that series of books is very much the type of “scary & weird” stuff that I loved as a young kid and I was happy to share that movie with my own kid and to have her briefly get into reading the Goosebumps books. But she’s off those now. Damn! I’ll probably never manage to get her into the original Twilight Zone or Alfred Hitchcock Hour TV shows that I loved at her age. I was such a weirdo. 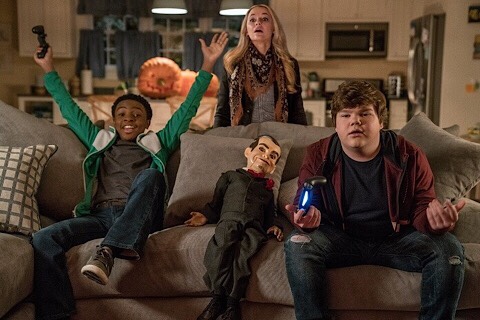 The first Goosebumps movie was a great “scary” family film. It was fun and I would imagine that fans loved seeing so many of Stine’s book characters come to life. It had a good story with a great twist for kids (though completely predictable to someone who grew up on The Twilight Zone). The main characters were strong, especially Stine’s daughter, and that relationship was great. The second film is just an inferior copy with weak characters that no one will really care about in the same way. Once again, Stine’s characters are brought to life but on a smaller scale. Slappy is the main star of this one, which is fine as those ventriloquist dummies have always given me the creeps. But so much time is spent on him instead of the character development of the actual humans in the story. Plus, slight spoiler: Jack Black is barely in this film. It’s really not much more than a cameo, which is another huge disappointment if you’re a fan (I am but I know many aren’t). It felt like a TV episode of Goosebumps instead of a movie. Oh well. I’m sure that fans of the books will still get some enjoyment out of it but it feels like a cash grab.