Today’s IMDB Top 250 Guest Review comes from Luke of Oracle Of Film. He’s chosen to review Christopher Nolan’s entire Batman trilogy. He already reviewed Batman Begins last week (review HERE) & I’ll be posting his review for The Dark Knight Rises this same time next Thursday. Thank you for doing these, Luke! 🙂 Now let’s see what he has to say about The Dark Knight, IMDB rank 7 out of 250… 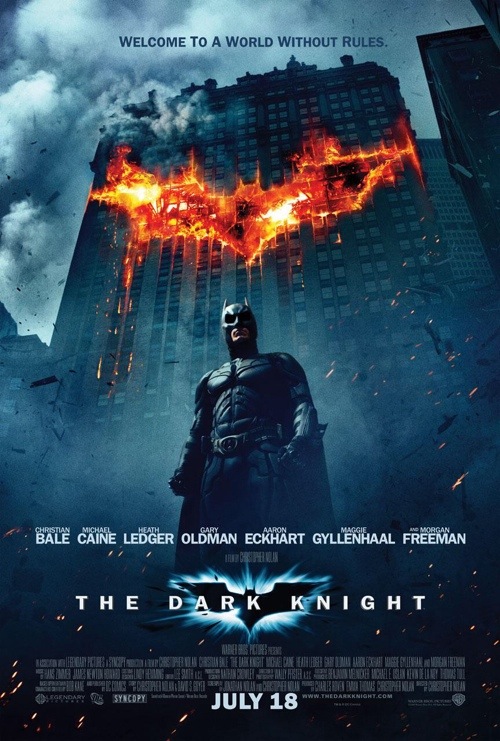 THE DARK KNIGHT: THE REVIEW

When I first watched the Dark Knight, I was disappointed. In my opinion, Nolan had delved too far into his realistic vision and had lost the essence of Batman. The battles between Batman and the mob felt less like a superhero action and more like a political thriller with a kick (The Dark Knight has been compared to Michael Mann’s ‘Heat’). I felt that Batman had lost that Gothic appeal and the charm that made originally fall in love with the character was missing. It didn’t helped that this movie was over-hyped to be one of the greatest superhe… no, movies of all time.

Then I saw the bigger picture. The Dark Knight is one of those movies that somehow gets better with every watch. You notice certain details and elements that you missed before. There are so many secrets tucked away inside the Dark Knight and I am sure I will learn of quite a few more as of yet. While I still think it is the weakest of the three movies (it suffers from not being the origin or the finale of the trilogy), it is still a terrific piece of cinematic art, with political messages and comic book references sprinkled all over this masterpiece. Nolan tells an interesting story, where it is suggested that Batman is slowly becoming the villain, as Bruce Wayne gets lost in his war on crime. The actual story is one full of twists and turns, throwing unexpected shocks at us. Characters are killed off in a heartbeat, arcs are completed with agonising horror and we are given one of the most complex superhero movie villains of all time, and probably quite a while to come yet. The one beat that falls short is the twist of Harvey Dent. As a comic book fan, I knew where that line of story was going, and I felt it would have been much more powerful, if they gave the District Attorney a new name. Sure, it would have annoyed the fans, but imagine if that final reveal was totally out of the blue. It would have been amazing. 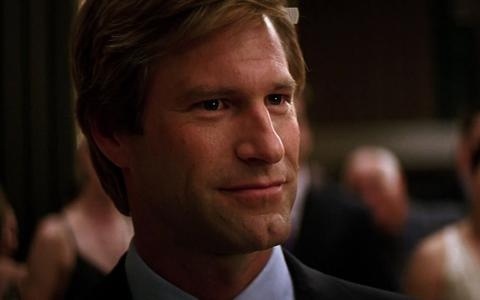 And what a script! I didn’t realise this until recently, but this movie is full of quotable lines. Sure, we all remember the popular ones, like ‘Why so Serious?’ and ‘I am not the hero Gotham needs, but the hero it deserves!’, but there are so many more that slip under the radar. Almost every line given to the Joker could easily be the quote of the year “Do you know how I got these scars?” “Oooh, you’ve got a bit of fight in you, I like that!” But the dialogue is so sharp that Christian Bale’s Batman also has a just-as-perfect line to follow it up with. While people remember the Dark Knight trilogy for its visual impression, the awe-inspiring soundtrack and the outstanding performances from every actor involved, I shall always praise the Dark Knight trilogy for one of the finest group of scripts I have ever witnessed. It is truly incredible work from David S. Goyer.

The Dark Knight also feels like it is engaging the audience at several times. The best thing about the Joker is that his social tests give Nolan the opportunity to throw several moral dilemmas at us. The Joker puts a group of convicts and a group of civilians in two separate boats and gives themselves the option of blowing each over up. We get the time old superhero dilemma of which hostage should be saved. The Joker is the life of this movie and Heath Ledger’s amazingly outside-the-box performance really makes this a key part of the trilogy. While I am still a more comic book based Joker fan, it was a refreshing change and suited Nolan’s realistic vision far better. Heath Ledger remains unpredictable right until the end (which ironically is quite difficult with the Joker, as if anything’s possible, it is harder to shock with him), meaning that we are totally invested in the character throughout the entire film. Despite public outcry at Ledger’s casting, Nolan knows he is onto something good and gives the actor as much space as he needs to have us in the palm of his hands. Some of the most memorable scenes are ones where Heath Ledger is allowed a sinister monologue, the hairs on the back of our necks standing up on edge, attention caught by the clown.

However, to say Ledger steals the show would be suggesting that everyone else dropped the ball. In truth, almost everyone else meets the late Heath Ledger, blow for blow. Christian Bale is far more comfortable as the Bat this time around, channelling the aggression and frustration that Batman works so hard to bury. Gary Oldman feels much more useful to the plot, this time around, and it is easy to overlook the fact that he is probably one of the best actors Nolan has at his disposal. Christopher Nolan also has a habit of casting actors I think little of and making me change my mind. Aaron Eckhart is at his best here, as Harvey Dent, the District Attorney determined to make a change, even with the odds stacked against him. Meanwhile, Maggie Gyllenhaal doesn’t quite sway me, but an interesting character arc means that we are still totally behind her character and interested to see what Nolan has up his sleeve. A perfect ensemble of actors.

Final Verdict: Nolan goes from strength to strength, making this Batman more thoughtful than before. It also boasts some of the finest acting ensembles in quite a while.