Welcome to Day Three of horror comedies from New Zealand! It’s also the final day since I’ve only reviewed three! On Sunday I reblogged What We Do In The Shadows & yesterday I reviewed Housebound. Let’s finish things off with a bit of Deathgasm…

Plot Synopsis: (via IMDB)
Two teenage boys unwittingly summon an ancient evil entity known as The Blind One by delving into black magic while trying to escape their mundane lives. 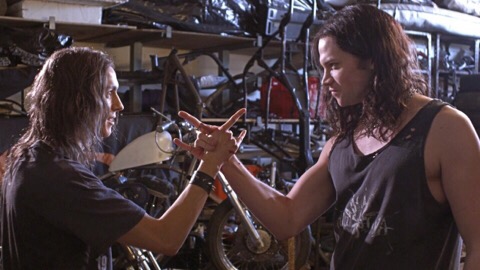 I kind of trashed Housebound yesterday. I did, however, think that What We Do In The Shadows was very funny. So, I don’t hate all “horror comedies from New Zealand”! Just Housebound. 😉 Then again, I’ve seen hardly any so I’m certainly no expert. Why is horror comedy such a popular genre there? 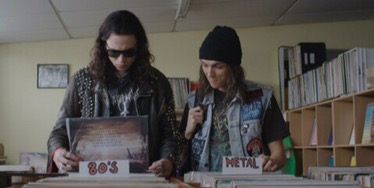 I suppose the King of this very specific genre would be Peter Jackson. I admit I’ve never seen Bad Taste & think I only saw part of Braindead (aka Dead Alive in the U.S.). I saw The Frighteners since I’m an American 80s kid so of course like Michael J. Fox but I barely remember it (think I liked it okay). Otherwise, I’ve only seen Jackson’s more mainstream stuff like his 1,528 Lord Of The Rings/Hobbit films. I’ve seen one other movie in this tiny genre: Black Sheep (2006). Meh. It was okay. Or is that “Bah. It was okay”? So let’s rank these! My worst to best:

Number one is first by far but, considering that I barely even remember my number two choice but stuck it at two anyway, I’ve clearly not been too impressed with this genre overall. Deathgasm looked like the type of movie I’d love so maybe I hyped it up too much but I was definitely disappointed.

From the little bit I’ve seen of Braindead, you should like this one if you like Jackson’s old stuff. This movie has a load of over-the-top fake gore. And lots of puking up blood, which I could’ve done without. I’m not really a fan of the whole “puking up blood” thing. This is a full-on splatterfest, if you like that sort of thing. It’s not something I love but will put up with if a movie is entertaining enough. Deathgasm was sort of just good enough to make me sit through the gore.

The most important thing, to me, was the “heavy metal” aspect & I’d say the movie did that well. I can’t say I actually knew any of the music (Should I? I’m not very hip – I stick to old school metal) but the look of the film & our two main metal dudes gave it a great heavy metal vibe. Plus, you know, there was lots of Satanic shit. You have to have Satanic shit in a heavy metal horror film! And a hot blonde. 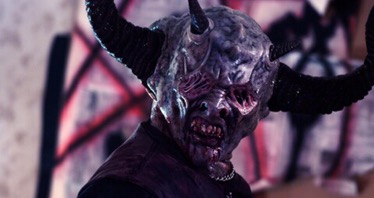 Actually, why didn’t I like Deathgasm more?? It should be my type of thing as I love metal dudes in movies (Wayne & Garth!). I liked our two main guys okay & the girl was thankfully a little bit more than just the hot blonde for our nerdy metal loner. It fulfills the horror side of things nicely for those who love splatterporn and the comedy side of things as it did give me a few chuckles. It was far more funny than Housebound but unfortunately far less funny than What We Do In The Shadows or the majority of the many great horror comedies. I absolutely love this genre when a movie does it right (I did a list of My Top Ten Horror Comedies HERE) so maybe I’m overly picky but Deathgasm doesn’t come close to being added to that list. Too gross-out & not even laughs plus characters I can’t say I connected with as much as I was hoping. It was fun for a one-time watch, though, and worth a try for metalhead gorehounds.

I’d much rather hang out with Jack, Kyle & the best Satan ever than Brodie, Zakk & Satanic blood puking. Would be a lot more fun!