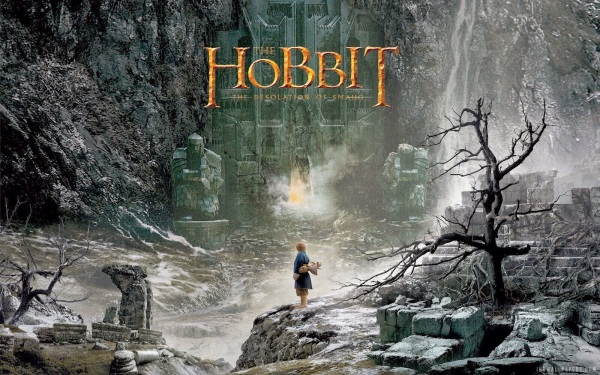 Based on The Hobbit by JRR Tolkien (duh. just read the book instead of watching this.)

But this is what Wikipedia has to say about it:

The Desolation of Smaug is set in Middle-earth sixty years before the events of The Lord of the Rings, and portions of the film are adapted from the appendices to Tolkien’s The Return of the King. The wizard Gandalf the Grey (Ian McKellen) investigates a growing evil at Dol Guldur, while Bilbo Baggins (Martin Freeman) continues his quest with thirteen Dwarves, led by Thorin Oakenshield (Richard Armitage), to reclaim the Lonely Mountain from the dragon Smaug (Benedict Cumberbatch).

What on (middle) Earth did I just watch? I’ve never looked at my watch so many times during a film. This was one of the most unpleasant movie-going experiences I’ve had in a long time. What I’m trying to say is this: I really didn’t enjoy The Hobbit: The Desolation Of Smaug (that’s the last time I’m typing that entire title). 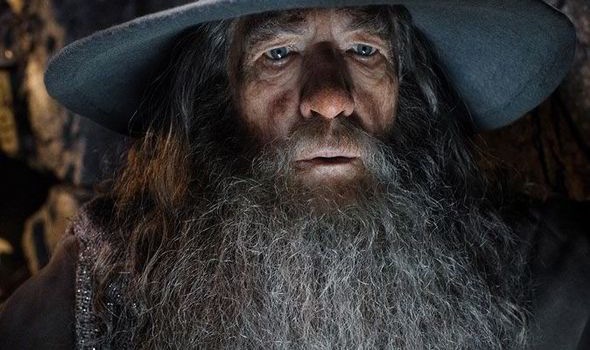 A brief history on my Hobbit/Lord Of The Rings knowledge: I loved the books. A lot. Then I loved The Lord Of The Rings movies. A lot. Then The Hobbit movies started and the first one was… Meh. A bit better than some of the critics were saying but it was certainly no Lord Of The Rings film (those were fantastic). Although I loved the books, I only read them all once & don’t obsess over them or have the greatest memory of every detail. I don’t get too bothered about adaptations being 100% faithful as long as they’re at least… Respectful? I don’t remember The Hobbit book well enough to go into discussing how faithful these two films have been so far. I don’t care anyway. I disliked this film not because of the story or the acting (that was all “good enough”). I HATED how it looked and how that look made it feel!

I’m not going to spend too long on this review. I was just very disappointed. The things I care about when it comes to a movie are a good story & great characters. It’s great when a film looks good too but I’m not someone who cares too much about things like 3D and I hate dodgy looking CGI. I choose to watch films in 2D (the only film to get 3D right so far is Gravity). Unfortunately, I watched this one in 3D (it was the only time I could go to it). Awful! The blurriness I can’t stand with 3D when it comes to things in the background was worse than ever & all the layers in scenes like when Bilbo is in the leaves at the top of the trees were just distracting & weird. Although I don’t think it was just the 3D – I think it’s the way it was filmed overall and my 2D experience probably wouldn’t have been much better (my hubby spent ages trying to explain things like high frame rate to me when we spent almost this entire movie just discussing how awful it looked). I’ve said it before and I’ll say it again – I know NOTHING about filmmaking. I just love watching movies. All I know is that this film didn’t look right to the point that I was SO distracted for at least the first half of the movie that I couldn’t concentrate on the things I care about (story and characters) and actually couldn’t wait for the film to finish.

Now before everyone tells me that this film looks amazing I should explain what I mean by the film looking “awful” and I know that not everyone will agree. It’s also very hard to put into words. It looks too REAL. The daylight scenes were the worst – it felt like I was actually watching a play (with a very high budget) and that the actors were standing on a stage in front of me. It had the look & feel of a National Geographic documentary or a BBC drama (which are things that are fine if that’s the sort of thing you want to watch). The Hobbit is an epic fantasy – I don’t want it to feel REAL. I want to lose myself in this magical world – I go to movies as an escape from the real world, especially when it comes to an actual fantasy film. It took the fantasy element away by being filmed in this way. It wasn’t as bad during darker scenes – I found myself cringing every time there was another scene in bright daylight. Luckily, the last half of the film is dark and I finally started to get into the story a bit more when they go to Lake-town. But this is over halfway into the film – I was too annoyed by this point to really care. 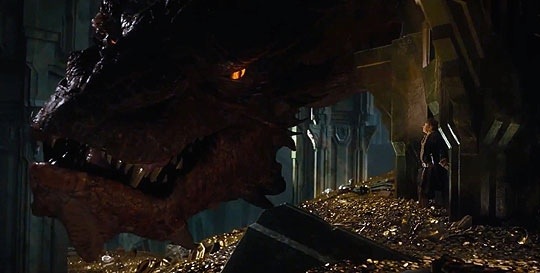 I’ve spent no time discussing what should really matter in a movie – the story & the characters. The film picks up once they reach Lake-town and was a lot more enjoyable than the first half, I think Freeman is very good, I adore Ian McKellen but he’s very underused in this one, I liked Bard, I thought Smaug looked really good and liked the scene where he starts moving underneath all that gold. Hell, I even didn’t mind that romance they threw in there which most people probably hate. But, unfortunately, none of this really mattered as the look of the film was so distracting that it ruined the entire experience for me. So for the first time EVER, my rating is largely influenced by this instead of just being based on the story & characters. I’m very very disappointed and am considering skipping the last one in order to not end up having it lessen my love for The Lord Of The Rings films.

** And to think I was waiting until I’d seen this to do my 2013 Top Ten Movies list. I’ll probably post that tomorrow. Spoiler: This movie doesn’t even come close to making it. 😉