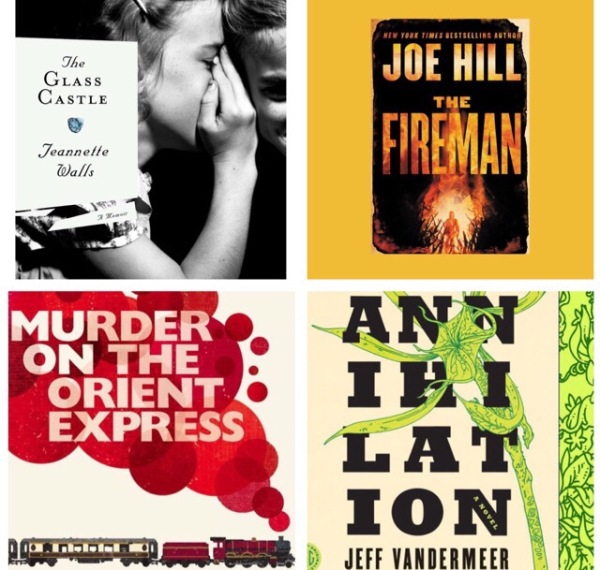 I read quite a few books in 2017. Well, I read 27. Which is a lot for me as my focus is obviously on movies. A lot of what I read were books that I knew had movie adaptations coming out soon and I’ll probably try to do the same in 2018. I wasn’t great about reviewing all that I read but I’ll catch up on reviewing some of these before their movies come out.

So, counting down to my Top Ten, here are all the books that I read in 2017 ranked from my least favorite to my favorite:

20. The Sisters Brothers by Patrick DeWitt
19. The Sky Is Everywhere by Jandy Nelson
18. Where’d You Go, Bernadette by Maria Semple
17. The Chrysalids by John Wyndham
16. Thirteen Reasons Why by Jay Asher
15. Finders Keepers by Stephen King
14. The Dinner by Herman Koch
13. The Handmaid’s Tale by Margaret Atwood
12. Blaze by Stephen King
11. The Dark Tower: The Gunslinger by Stephen King

10. A Monster Calls by Patrick Ness

6. End Of Watch by Stephen King

5. Murder On The Orient Express by Agatha Christie

3. All The Bright Places by Jennifer Niven 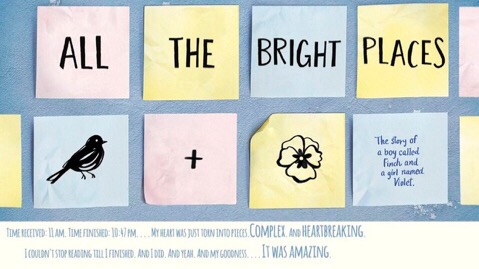 2. The Fireman by Joe Hill

1. The Glass Castle by Jeannette Walls

See you tomorrow with my list of My Top Ten Movies Watched At Home In 2017 (movies released prior to 2017 in the UK). Then I’ll finish on Friday with My Top Ten 2017 Movies (based on UK release date).

The Glass Castle by Jeannette Walls

What It’s About: (via Wikipedia)
The Glass Castle is a 2005 memoir by Jeannette Walls. The book recounts the unconventional, poverty-stricken upbringing Walls and her siblings had at the hands of their deeply dysfunctional parents.

I read this as, which you may notice by my list at the end of this review, I’m reading books before their movie adaptations are released this year. The Glass Castle, starring Brie Larson, Woody Harrelson & Naomi Watts, is out today in the U.S. and October 6th in the U.K. I’m a fan of Larson, especially after the fantastic Room as well as Short Term 12 (which was also from the director of The Glass Castle, Destin Daniel Cretton). So, even though “true story dramas” don’t normally appeal to me, I decided to give this a read since I’ll happily watch a movie with this film’s cast. I didn’t expect the book to quite possibly be my very favorite that I’ve read so far this year. But, I think it probably is. What a pleasant surprise.

I liked the way in which Walls wrote her story. It’s very matter-of-fact and doesn’t seem to be passing judgement on her parents & the way in which they chose to raise their children. Like a lot of people raised in small-town American Midwest, my childhood was pretty straightforward (and pretty damn boring). Not rich, not poor, working parents, regularly attended school, followed all the rules & the “societal norms”, etc. The Walls family are unlike any I’ve ever personally known and I found their story fascinating. I suppose there are other nomadic families in America but it’s a world I’ve never experienced & can’t even begin to imagine. The Walls family moved from place to place all across America, sometimes homeless & living out in the open, rarely holding down regular jobs despite having the ability to work (including the mother having the qualifications for teaching) and despite the fact that their children had to dig their classmates’ uneaten lunches out of the trash at school in order to have anything to eat. I was often shocked by the horrendous neglect endured by Jeannette, her two sisters, and her brother (and amazed that these children were never taken away from their parents). However, as I said, Jeannette never really speaks poorly of her parents – she just tells her story in a straightforward manner without the need to embellish things. Their story is so outrageous that I don’t think you could make up half of the odd things their parents did. Yet Jeannette does still give us glimpses of the love their parents had for them, especially from her father through his many broken promises that I think he himself may have genuinely believed he’d keep even though his children knew he never would.

This is a hard book to describe without making it sound horribly depressing but it’s not really that way at all. It’s truly amusing and at times had me smiling at some of the bizarre things this family went through (like when they try to move a piano into their house). Jeannette’s parents, though they will sometimes make you very angry if you read this, are truly a couple of unique characters & free spirits. It’s highly unusual for me to enjoy (or even bother to read) a true story but, as they say, sometimes life is stranger than fiction. Do they say that? Hmm. Well, someone said that. Sounds like something Jeannette’s father would say. I don’t know if I’ve talked anyone into reading this but I do highly recommend it. It’s frustrating. It’s uplifting. It’ll make you angry. It’ll make you smile. It’ll make you shake your head in disbelief. You won’t know whether you want to hug or punch the parents (most likely the latter). But it’s also not soppy or trying to be some big tearjerker, which is the kind of thing that gets on my nerves. It’s just a well-written story of a girl who somehow managed to survive & to thrive after living a truly unusual childhood with two very eccentric parents. The movie has “meh” reviews so far & the below trailer doesn’t really blow me away (although I’ll still watch it). So, if you can, READ THE BOOK FIRST.

– Tape by Steven Camden
– The Sisters by Claire Douglas
– We Were Liars by E. Lockhart
– If I Stay by Gayle Forman
– The Circle by Dave Eggers
– The Snowman by Jo Nesbo
– The Chrysalids by John Wyndham
– Thirteen Reasons Why by Jay Asher
– Finders Keepers by Stephen King
– The Dinner by Herman Koch
– The Handmaid’s Tale by Margaret Atwood
– The Dark Tower: The Gunslinger by Stephen King
– Blaze by Stephen King
– A Monster Calls by Patrick Ness
– Big Little Lies by Liane Moriarty
– Everything, Everything by Nicola Yoon
– Murder On The Orient Express by Agatha Christie
– Annihilation by Jeff VanderMeer
– All The Bright Places by Jennifer Niven
– The Glass Castle by Jeannette Walls