Plot Synopsis: (via IMDb)
The story of King George VI, his impromptu ascension to the throne of the British Empire in 1936, and the speech therapist who helped the unsure monarch overcome his stammer. 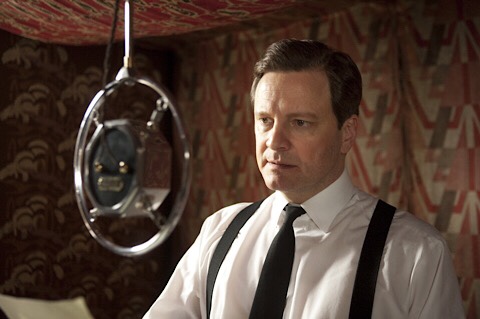 Happy Boxing Day! I love this day. I prefer this day to Christmas Day. Far less stressful! Which is why I’ve decided to do a mega quick & lazy review of The King’s Speech, which was one of only three movies I managed to watch for my IMDb Top 250 Project in 2018. I’m seriously slacking on that! (The other two were Citizen Kane & Metropolis, which I’ll review tomorrow).

I didn’t get around to this review as I don’t have much to say about this movie. I hate that. I mean, it’s a good film but I find my reviews only get wordy when I really love or really hate a film (I ramble on for ages when I really hate something). Too many films are somewhere in between: Enjoyable enough while watching them but somewhat forgettable. The King’s Speech is like that. And it won Best Picture at the Oscars! Hmm. Here’s what it beat:

Okay – it looks like it was a weak year for films. Now I’m wondering what wasn’t nominated at all that may have been better than these (I’m too lazy to bother looking into that).

I remember that I watched this just after watching Darkest Hour so it was interesting seeing that same time period in English history. Movies are the only way I gain any knowledge of history – I have such a Hollywood version of world history in my head. Pathetic, I know. What can I say? I prefer sci-fi & fantasy. I remember thinking Timothy Spall made for a terrible Winston Churchill in this compared to Gary Oldman’s brilliant performance. Not that it matters – it was a very small part since this movie is about King George VI. Colin Firth, Geoffrey Rush, and Helena Bonham Carter were all truly fantastic in their roles. That’s why it won Best Picture. Those Academy voters love historical dramas with English accents. Well, Rush isn’t English but Americans can’t tell the difference anyway… 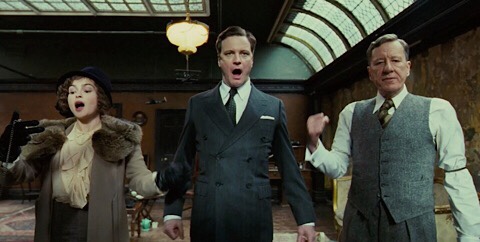 Colin Firth won Best Actor for this, which I think was fair enough. He’s very good in this but I find him rather boring. He plays this stuffy sort of role so often (which is why I guess it was kind of fun seeing him in Kingsman: The Secret Service). I really enjoyed Helena Bonham Carter’s performance and think she deserved an Oscar as well instead of Melissa Leo in The Fighter. Hell, I don’t even remember Leo’s performance – I only remember her swearing in her acceptance speech. To be fair, Bonham Carter plays these stuffy sort of roles more often than Firth but I don’t find her boring. She’s damn good. I’ve never considered myself a fan but I think she always gives a great performance. Maybe I am a fan?? I’ve not watched her stuffiest stuff, though. Maybe I should check out some of that Merchant Ivory shit?? As for Geoffrey Rush, he’s fantastic in this too and also deserved an Oscar (instead of Christian Bale in The Fighter – I hate Bale). But I think Geoffrey Rush is the latest celeb in trouble for some sex stuff from the past so I’ll say no more. At this rate, I’ll have to delete half my blog if I have to get rid of any mention of certain actors… 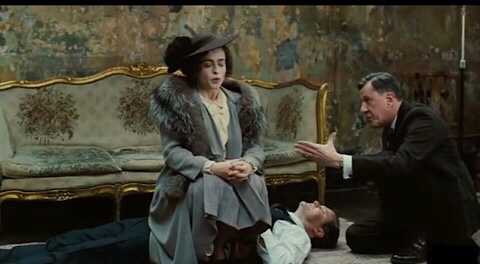 I said I’d keep this short. The King’s Speech is a good film with fantastic performances. It’s one of those “one-time watch” movies, though. I’m glad I’ve seen it and I did actually enjoy it but I can’t imagine ever watching it again for any reason. It’s certainly weak compared to all the other Best Picture winners & nominees in the history of the Oscars. It’s certainly not the worst, though (I’m looking at you, The English F*%king Patient!). Since I’m a sad & pathetic list maniac, I did rank every Best Picture Oscar Winner I’ve seen HERE and I’ve now added The King’s Speech. It’s toward the bottom but I did enjoy it. I feel like I’m being too harsh on this one! It’s just not all-time classic “Best Picture” material. Or IMDb Top 250 material, which is why I think this has actually now dropped out of that list (I started this project in 2013 so I’m still working off the list from that time).