Plot Synopsis: (via Wikipedia)
Under the Skin is a 2013 British-American science fiction art film directed by Jonathan Glazer, and written by Glazer and Walter Campbell as a loose adaptation of Michel Faber’s 2000 novel of the same name. The film stars Scarlett Johansson as an alien seductress who preys on men in Scotland.

Finally! I finally managed to see this movie after looking everywhere for a cinema actually showing it when it came out and having no luck. I was intrigued because, first of all, it looked like “The Woman Who Fell To Earth“. Being a big David Bowie fan and loving The Man Who Fell To Earth way more than I should, I really wanted to see this. Plus, I found out that the director has made some of my favorite music videos (more about that later). So did Under The Skin live up to all the hype in my head? Yes and no.

I mentioned this movie when I reviewed Lucy HERE on Monday and, yes, I think Under The Skin is the superior film of the two although I did really enjoy Lucy. Scarlett Johansson is indeed the true star of both films and, I think, makes both movies far better than they would’ve been with a different actress (and this is coming from someone who has never really been a fan of hers). Under The Skin is a very brave role for her to have taken on and I think, along with Her, it’s paid off and made her a far more respected actress. Under The Skin could have been a massive failure for her and, although there will certainly be plenty of people who hate the film, I think it’s a huge success as far as her professional career is concerned. As for the movie…

Yes, it’s weird. Very very weird. It’s exactly what I expected, though, having seen The Man Who Fell To Earth (it does have plenty of similarities so it’s hard to not compare the two). I enjoyed it a lot although I don’t think it’s quite as iconic as the Bowie film (which is NOT a good movie but it’s hard to deny that Bowie is extremely fascinating and certain images from the movie will stay with you). In the same way, there are images from Under The Skin that will never leave my mind. I think that’s a good thing, though. I see that as a sign of a great piece of art. As a coherent and fully rewarding movie-watching experience, however, Under The Skin falls a little short. For as much of a mess as The Man Who Fell To Earth was, we at least had a backstory and knew what Bowie’s alien’s purpose was on Earth. If you’re the type of person who wants a movie with a proper storyline & a satisfying conclusion, Under The Skin may not be for you. If you want a nice piece of art to look at (like, weird & abstract art – not Norman Rockwell or Thomas Kinkade), you MIGHT enjoy Under The Skin. 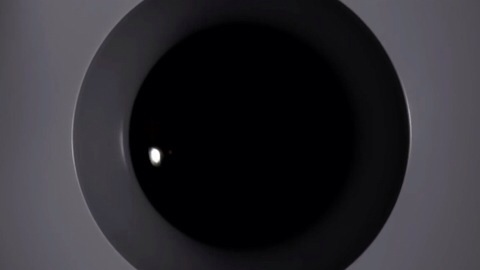 Well, I don’t think I really need to say much more than I already have. Basically, Under The Skin is weird and you’ll either love it or you’ll hate it. I found it to be an interesting piece of art and, as the director has made music videos before, perhaps that’s why this feels a little like something in between a music video & a movie. If you want a straightforward movie or even something that has some deep meaning, you won’t get that here (but I may just be too stupid to figure out some “deeper meaning” to this film). You will, however, get a good performance from Johansson and some images that you’ll never get out of your mind. I really enjoyed the film.

Here’s a list (thanks Wikipedia) of a few of the music videos made by the director of Under The Skin (Jonathan Glazer). I’ve included two of my favorites (FYI – the UNKLE one isn’t one to watch if there are kids around):

Karmacoma by Massive Attack
The Universal by Blur
Virtual Insanity by Jamiroquai
Karma Police by Radiohead
Plus my two favorites:

Street Spirit (Fade Out) by Radiohead:

Rabbit in Your Headlights by UNKLE ft. Thom Yorke:

**I’ve recently participated in the Alfred Hitchcock Blogathon being hosted by the robust Rob of MovieRob and the zany Zoe of The Sporadic Chronicles Of A Beginner Blogger. You can read my contribution, a review of Hitchcock’s 1964 film Marnie, starring Sean Connery & Tippi Hedren, HERE. Thanks, Rob & Zoe, for hosting this blogathon! 🙂