Last year for my month of horror in October, I reviewed three Mike Flanagan movies: Oculus, Absentia & Hush. This year I’m reviewing three more: Gerald’s Game (reviewed Tuesday), Before I Wake and Ouija: Origin Of Evil (reviewed yesterday). Let’s see how Before I Wake compares to the rest of his films…

Plot Synopsis: (via IMDB)
A young couple adopt an orphaned child whose dreams – and nightmares – manifest physically as he sleeps. 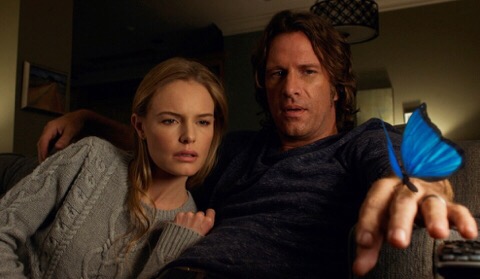 I actually quite liked this movie, although I can’t exactly say it’s “good”. In my review of Ouija: Origin Of Evil yesterday, I complained about how that was just another predictable supernatural film. Before I Wake is again more of the same but the overall story and some of the imagery made it feel a little more unique than Ouija. I enjoyed the story & the characters enough to overlook its flaws.

I watched this for two reasons: Mike Flanagan as well as Jacob Tremblay, who I thought was fantastic in Room. Tremblay gave one of the best child performances ever in that movie so I was curious what he’d be like in something else, especially a horror that’s not exactly “Oscar-worthy” like Room. Yeah…. He’s fine in this movie but it’s a role any child actor could’ve done. It’s a shame it was a bit of a waste to use him in this but I suppose his name is big enough now to help sell an unknown film such as this one. I’m curious to see how his film Wonder will turn out. Hopefully it will be a better role for him but I suppose no role will ever live up to the Room role.

Oh, look! Thomas Jane is in this! I’ve come full circle in my Stephen King/Mike Flanagan Week since Jane was in King’s 1922. I like Jane & he was fine as the adoptive father. However – it was the mother, Kate Bosworth, who had the bigger role. She was good (as far as acting in basic supernatural horrors goes). I’ve always liked her fine so it’s good to see her in something as it feels like she’s sort of disappeared. Small spoiler but not really as it’s at the start of the film: Jane & Bosworth are adopting Tremblay after the tragic death of their own son. I often avoid movies involving the loss of the child as I find that subject matter too upsetting but I think Jane & especially Bosworth did very well in conveying their grief. It may be why I liked this movie quite a bit more than Ouija even though I’m giving it a similar rating: I just really felt for the parents in this and for Tremblay & the revelation regarding his nightmarish “gift” of having his dreams come to life.

As to be predicted, his dreams are at first nice ones that bring beautiful things, such as a room full of colorful butterflies, to life. I liked these scenes a lot – it was great imagery for a horror movie. I can’t find images of the butterflies online for some reason. Anyway, as also to be predicted, the dreams soon turn to nightmares and the manifestation of a scary spirit of some sort. Yeah, I know: We’ve seen this sort of thing in loads of movies. 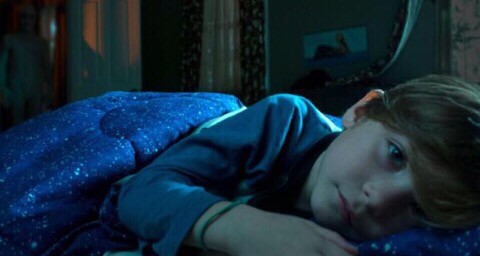 The movie then goes the way of most supernatural horrors: the end is a little messy and you’ll either like it or you won’t. I personally liked the direction the story went & how they chose to end this one. I’ll say the “revelation” was one that I hadn’t immediately predicted so it gets bonus points from me for that. Yes, I enjoyed Before I Wake but, as most films in this genre, the story will be one that either does or doesn’t work for you. It worked for me.

My Mike Flanagan Movie Ranking (from least favorite to favorite):