Plot Synopsis: (via IMDb)
The enchanted lives of a couple in a secluded forest are brutally shattered by a nightmarish hippie cult and their demon-biker henchmen, propelling a man into a spiraling, surreal rampage of vengeance. 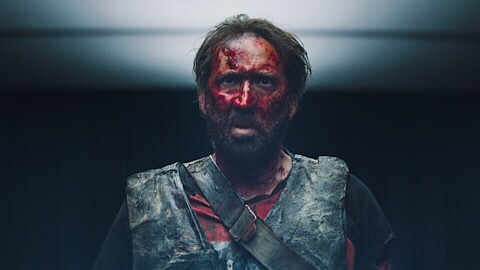 I don’t know how to go about reviewing this film. Mandy isn’t even the weirdest film I’ve seen: I watch loads of weird shit so this was actually fairly tame. But I can usually think of other movies to compare a film to so that I can give you a better idea of what sort of thing to expect if you watch it. I don’t know what can be compared to this one. Maybe some Lars von Trier (mostly Melancholia)? I definitely thought of Heavy Metal & Hellraiser a few times. I didn’t get a David Lynch vibe from this – Mandy is weird in a completely different sort of way (Mandy is more my type of weird than Lynch’s work). Maybe a bit of Under The Skin style-wise? Maybe. Not really. I don’t know. Mandy isn’t much like anything I’ve seen before. And I love that! As I watch so many films, I’m always searching for something that feels a little bit different. Mandy certainly satisfied that need.

But did I like it? I definitely enjoyed watching it and it was probably worth the extremely expensive trip into London to see it. Yes, I liked it. I didn’t love it – I just appreciated seeing something so memorable. I can’t imagine watching it again but, with something like this, I don’t feel the need to as I’ll never forget it. That’s also important to me as I watch so many films that end up being truly forgettable. There are movies I saw a year ago that I hardly remember a thing about now. What’s the point of that?? I feel like I waste too much time on movies but that’s because I’m always searching for something feels like a work of art. I’m happy to say that, although I’m still trying to fully sort out my feelings on it, Mandy was worth my time. I expect it to make it into my Top Ten at the end of this year but it’s very hard to know where to place it at the moment. 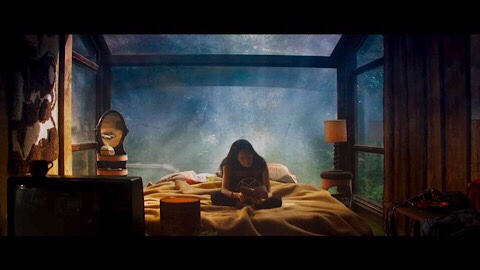 Let’s start with what I liked the most: My favorite thing was probably Jóhann Jóhannsson’s score. What a terrible loss to the world of filmmaking. Mandy is dedicated to him – it’s one of the last films he scored before his death. He’s most known for his work on several of the brilliant Denis Villeneuve’s films and his score for Mandy truly helped set the bizarre, trippy & unsettling mood. Next would be the way that Panos Cosmatos used color throughout the film. It’s a beautiful film. Great imagery, combined with an atmospheric score, are often all I need to keep me happy. Oh, speaking of Villeneuve, I suppose I was also reminded a bit of Blade Runner 2049 here with the gorgeous use of color or cinematography or whatever the hell made these movies so lovely (I know nothing about filmmaking – I just know what my eyes like). 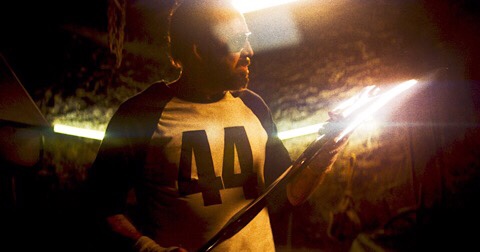 Besides a great score & look, the next thing I most care about is great characters. Mandy isn’t quite as strong on that as it is on its look & sound but the actors were all fantastic and made these characters far stronger & more interesting than you normally get in a horror film. The story itself, well, isn’t really all that important anyway. I’m not sure what the hell was going on with the Weird Science demon biker dudes but that doesn’t matter either. They were silly fun. All you need to know is that it’s a revenge film and who doesn’t love a good revenge film? It’s the only time I can stomach violence in a movie: when evil fuckers get what’s coming to them. Is that fucked-up? I’m a wuss with violence but didn’t look away during any of Mandy. That may partly be due to it being cheesy, 80’s sort of gore (the film is set in 1983 so that’s the vibe it’s going for).

Back to the characters: Nicolas Cage is really good in this. Yes. Can you believe it? I’m not really a fan as he’s just too damn cheesy most of the time. I’ll say there were two fellow bloggers who helped convince me to make the journey to see Mandy: Mike at Screenkicker (review HERE) and Greg Moss at Mossfilm (review HERE). I totally agree with what Greg said about it feeling like Cage was reined in on this one. He’s still crazy Nic Cage but it works with this bonkers film and he’s far less nuts than the bad guys. He was perfect for this role & I assume credit has to be given to Cosmatos for Cage not being too over-the-top for once. Even looking like this, he’s not the craziest motherfucker in this thing: 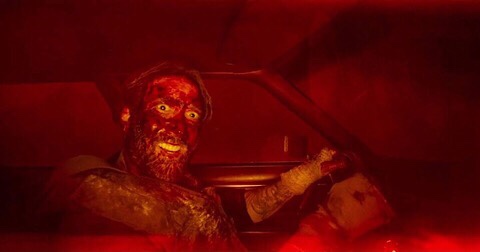 And his thirst for vengeance is completely understandable as we get a good amount of time seeing his character with Mandy and how in love they are. Andrea Riseborough gives a great understated performance as Mandy (someone had to be understated in this thing!). It was a good contrast with the batshit crazy leader of the cult who becomes obsessed with her & tries to make her another one of his followers. Cult leader Jeremiah is played by Linus Roache and he’s probably the most terrifying character I’ve seen in quite a while. Michael Myers has nothing on this twat. (By the way – I’m reviewing the new Halloween movie later today). Jeremiah is completely unhinged and I wanted Nic Cage to kill the absolute fuck out of this bastard: 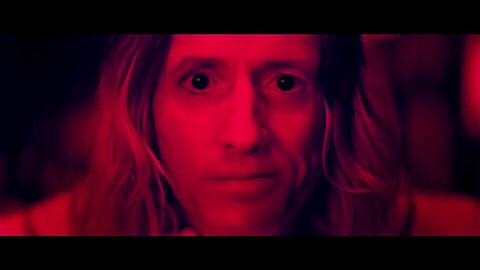 Whoa. This is the longest “review” I’ve written in ages. It just goes to show that I’m far more interested in a film like this than I am in the same old predictable shit that we normally see. As I said, I’ll be posting my review of Halloween (2018) later today and it’s super short as I have very little to say about it. It’s nothing we haven’t seen in hundreds of other slashers. But Mandy is unique. Most people are likely to hate it if they watch it but they certainly won’t forget it. 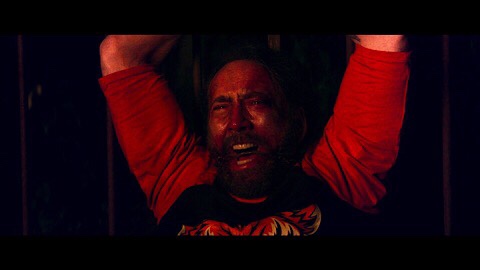 To give you a little bit of an idea of the mood of this film, the below King Crimson song (Starless) is played at the beginning. It sets the mood perfectly. Mandy is basically the prog rock of movies: it’s trippy, it’s a little bit pretentious, and only a select few will actually like it (yes, I do like a bit of prog rock when I’m in the mood for that sort of thing…):