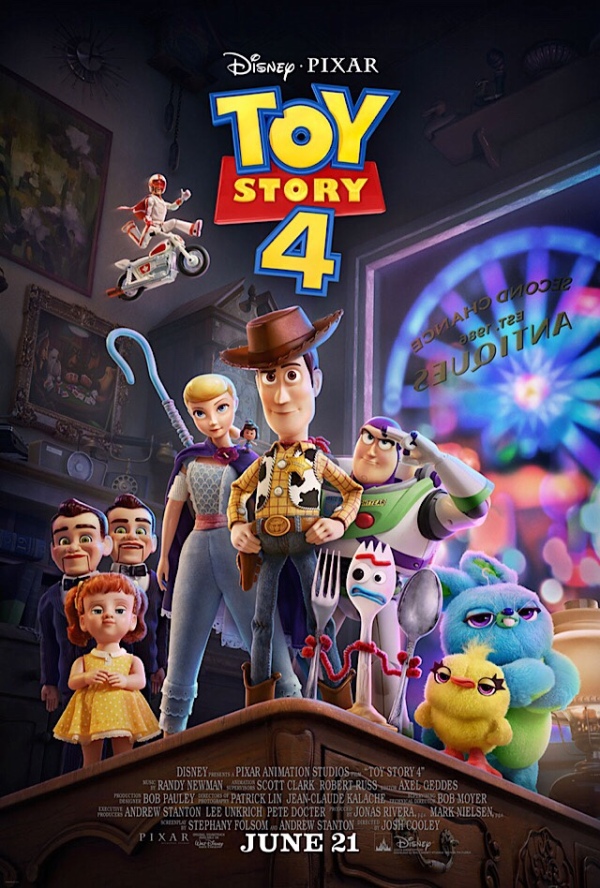 Plot Synopsis: (via IMDb)
When a new toy called “Forky” joins Woody and the gang, a road trip alongside old and new friends reveals how big the world can be for a toy. 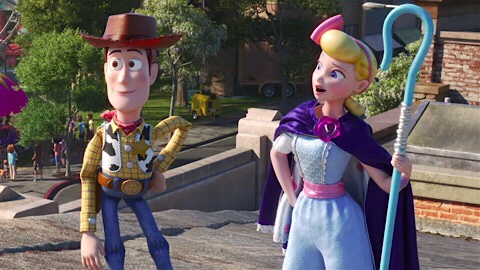 I adore Pixar. I think they make all-time classic family films that are far better than the majority of live-action films these days. When they became a part of Disney, I knew we might get the problem of “too many sequels” since Disney love to squeeze out these easy money-makers. I know we all love these characters but did we really need yet another Toy Story film after such a perfect trilogy? No, we didn’t. Is it bad? Of course not. Other than the Cars films, Pixar don’t tend to make bad movies. Even their “not as good” films are way better than animated films from other studios. Toy Story 4 really did feel a bit pointless to me, though. While I enjoyed it and liked seeing Woody, Buzz, and the rest of the gang again, I felt very underwhelmed after thinking about it for a while. I also saw it a second time as extended family wanted to go to it so it was interesting to find that I actually liked it a little less the second time. I didn’t expect that. 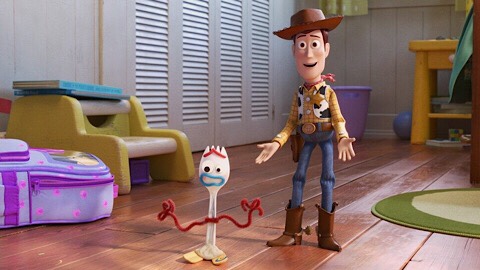 I’ll start with the good: Forky is a great new character. I loved his whole existential crisis and wish they had actually explored that much more than they did. We also get a lot of Woody for people who are Woody fans. Wow – these names sound a bit dirty… Who wants a good Woody Forky!?! (I do). I also loved the creepy ass dummies because creepy ass dummies are awesome (I highly recommend the movies Magic and Dead Of Night if you like creepy ass dummies). I loved getting to find out what happened to Bo Peep since they just dropped her ass from these films and it’s great that she turned out to be pretty damn cool. And the animation is AMAZING. Remember when the first Toy Story came out and we were shocked at how brilliant it looked? It looks so primitive now compared to Toy Story 4. OH! I almost forgot to mention Keanu! Keanu Reeves is in this so, of course, his mere presence makes every movie better (in my opinion, at least). 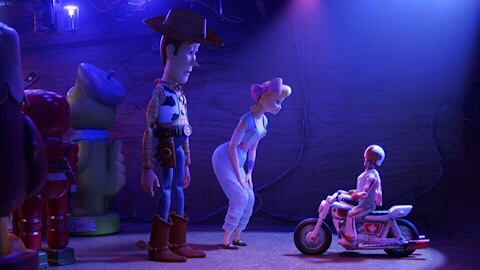 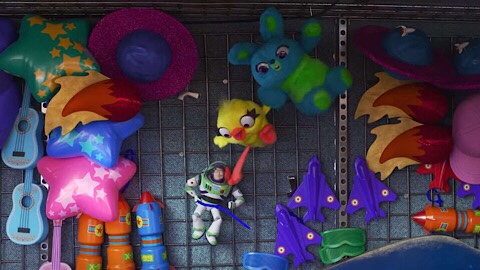 Now for some of the “not so good” things: Buzz Lightyear had nothing to do in this. Neither did Jessie. Both were really wasted in this film (as were all our most beloved original characters other than Woody & Bo Peep, obviously). I know Woody was the focus of this one but that’s always been the case yet other main characters still got some decent screen time in the other movies. I wasn’t all that into the whole Gabby Gabby story, either, as its outcome was so extremely predictable. I also think they haven’t managed to get us to like Bonnie & her family all that much compared to how we feel about Andy & his mother. It just seems like we know Andy far better than we do Bonnie. Oh, and Ducky & Bunny were annoying more often than funny. The only good new addition to this one was Forky. Oh, and Duke Caboom! But that’ll be because I adore Keanu. I’d just rather have spent more time with our favorite characters than with a bunch of new ones. To be fair, a lot of new characters were added to Toy Story 3 as well but they were far stronger than the new additions to this one. I also found that the jokes in this one, for whatever reason, didn’t make me laugh the second time around whereas I still love every funny bit from the other three films. (Well, except for the high-five Combat Carl bit, which cracked me the hell up both times) 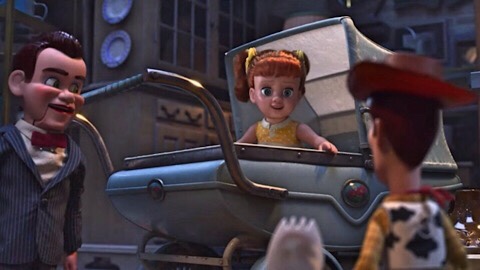 Toy Story 4 was okay. At least it’s much better than Monsters University and Finding Dory as far as Pixar sequels go. It just doesn’t have the heart of the first or the third Toy Story or the humor of the second one. People are saying they got emotional all over again with Toy Story 4 but I didn’t feel that way in the slightest. I just about burst into tears at the end of Toy Story 3. Maybe I’m just heartless now? But Inside Out still gets me feeling all emotional every damn time (and I’ve seen that one a lot now), so I think I just have sequel burnout. Enough with the sequels, please! I still love these characters and, yes, I always enjoy seeing them. But I can’t pretend that I didn’t find Toy Story 4 unnecessary. 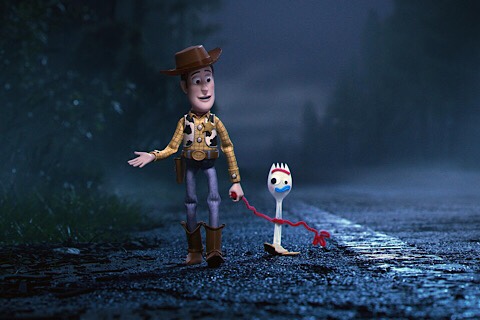