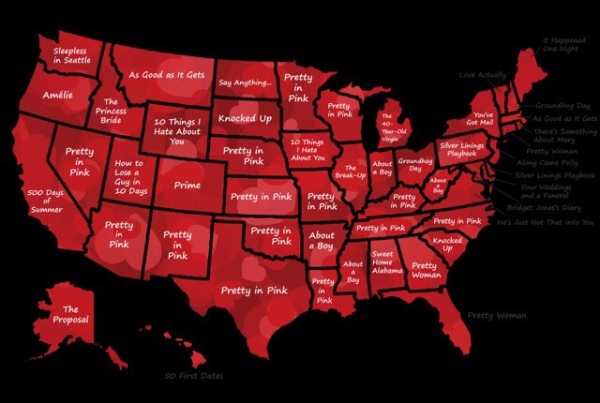 Happy Valentine’s Day, everyone! I’m not big on romantic comedies. In fact, the majority make me want to barf. I do like the occasional rom-com, though, as long as they’re actually good. The Princess Bride, Say Anything, and the little-known In Your Eyes are favorites of mine. Okay, I probably like more romantic comedies than I’d ever admit… I just have to be in the right mood for them. 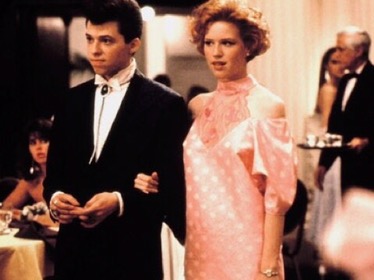 I found the above map fascinating, which shows state by state which rom-com comes up in the most internet searches. I was quite shocked that Pretty In Pink is overwhelmingly the top-searched rom-com in the United States according to Google trends. Being a big Hughes fan (I did a big ‘ol John Hughes Blogathon back in my blogging heyday), I was super happy to see that it still remains so popular. I had no idea! Pretty In Pink (which I reviewed HERE) isn’t my absolute favorite Hughes film (I prefer Some Kind Of Wonderful, which I reviewed HERE) but knowing that my home state apparently still loves it to this day warms my tiny little frozen heart. Idaho has the best taste, though… Yay, Idahoians! As you wish! I don’t know anyone from Idaho. You too, North Dakota! *high five* Give me your heart & I’ll give you a pen! 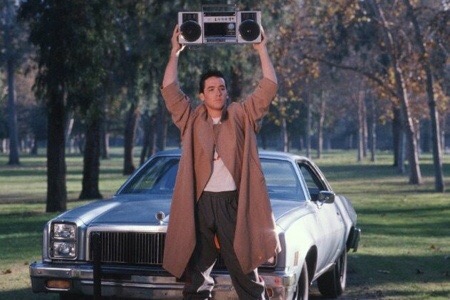 You can see the article about the above map HERE at the Mental_Floss website, which also contains a link to a bigger image of the map.

By the way, if you’re going to a movie with your loved one tonight, I highly recommend The LEGO Batman Movie… 😉 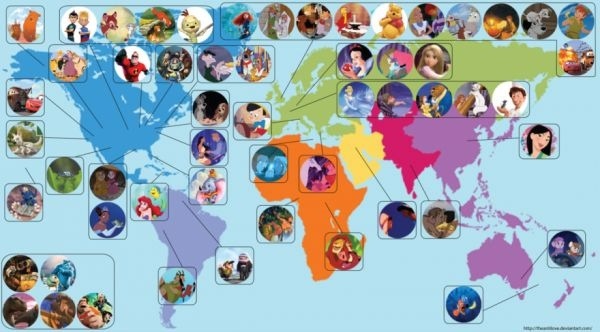 This is great! Created by user theantilove (Eowyn Smith), you can enlarge the image and read more about it here: DeviantART 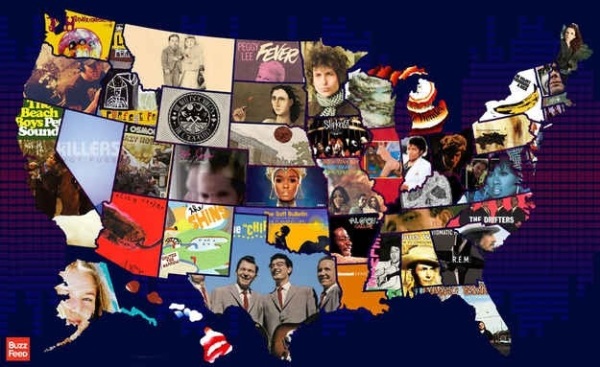 Another one of these “State by State” maps. I like these. 🙂

Map is from the following link, which tells you every artist in case there are some you don’t know: Buzz Feed 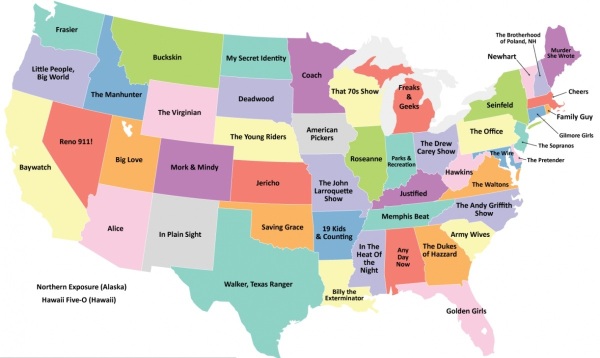 Like the map I posted recently showing the most popular brands from each State, I thought people might find this interesting too. 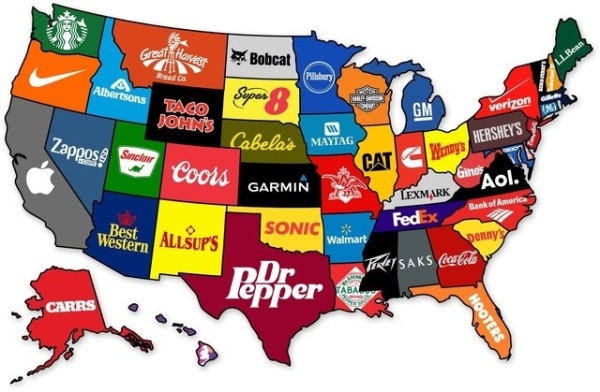 Found this interesting. Shows each State’s most famous brand. 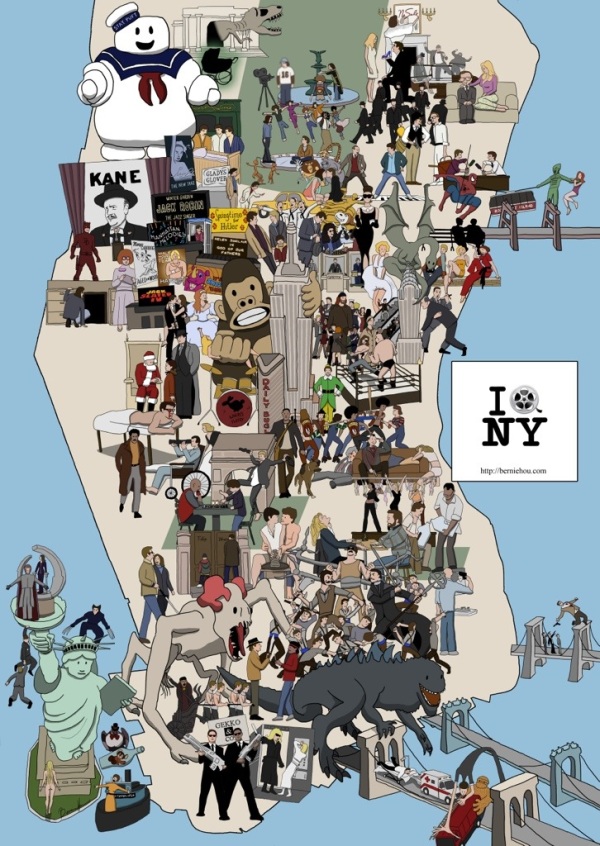 Love it! Link here with a list of all 91 movies in the map: Alien Loves Predator