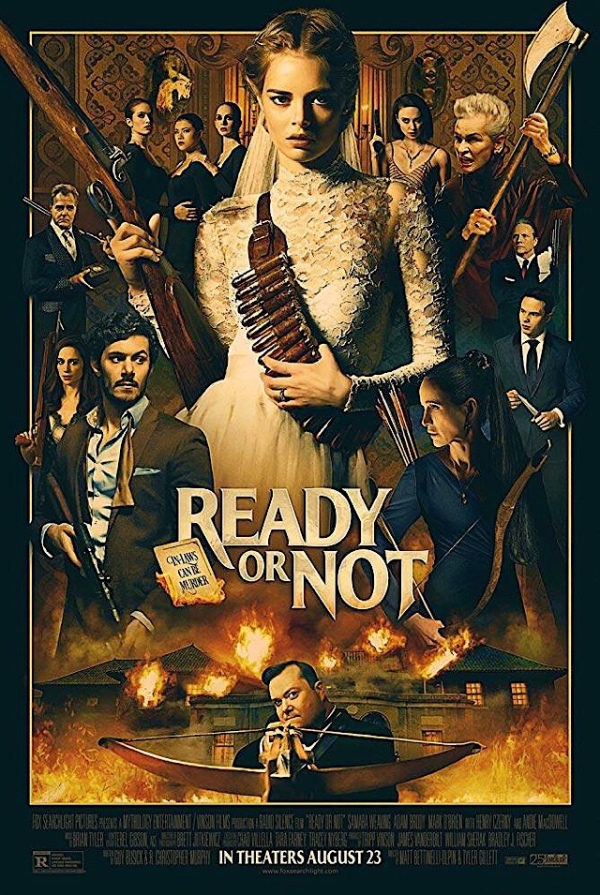 Plot Synopsis: (via Wikipedia)
The film stars Samara Weaving as a newlywed who becomes hunted by her spouse’s family as part of their wedding night ritual.

I’ll keep this brief. I enjoyed this film but I do absolutely love the “horror comedy” genre. I of course did a top ten once (My Top Ten Horror Comedies). So, as far as this genre goes, I have to say that Ready Or Not comes nowhere near making it onto my Top Ten list. It was a fun one-time watch, though, and I loved the ending. I’m often disappointed with how horror movies end so that was a plus.

I agree with everyone saying that Samara Weaving was good in this. She’s certainly the star, as expected, but I’d say the rest of the characters are weak in comparison. I’d say we also don’t get a lot of character development when it comes to her character – just a very tiny bit of backstory involving foster homes. But it’s a pretty ridiculous setup anyway and it’s a comedy so I wasn’t exactly expecting anything too “deep”. It will be fun to see how she does as Bill S. Preston’s daughter in Bill & Ted Face The Music. I can’t wait for that movie!!! To be honest, I think her role in The Babysitter was more fun than in this but I think Ready Or Not is definitely the better movie of the two.

Be warned that this one is pretty gory. It’s rated 18, which is very rare in the UK these days unless it’s a Tarantino movie. A lot of it is very fake gore, though, as it’s played for laughs. I did worry beforehand that this might be similar to You’re Next as the trailer gave me the same vibe for some reason. Luckily, it’s far more enjoyable (I kind of hated You’re Next). I’d have liked even more humor than there was, but maybe that’s just me. This movie doesn’t go as all out on the comedy as in something like Grabbers but the few big laughs did get a good reaction from the crowd. It very much sticks with only dark humor, which works perfectly for the ending that I really enjoyed. Overall, Ready Or Not is a fun addition to the horror comedy genre but, as we have so many great horror comedies, I wouldn’t say it feels quite as original or unique as people are saying. Maybe I just watch too many movies… 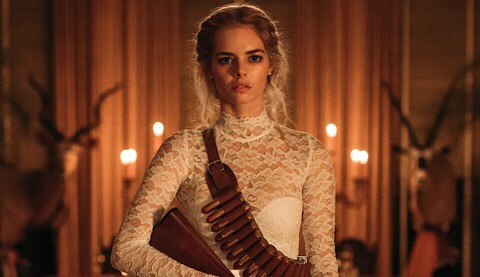