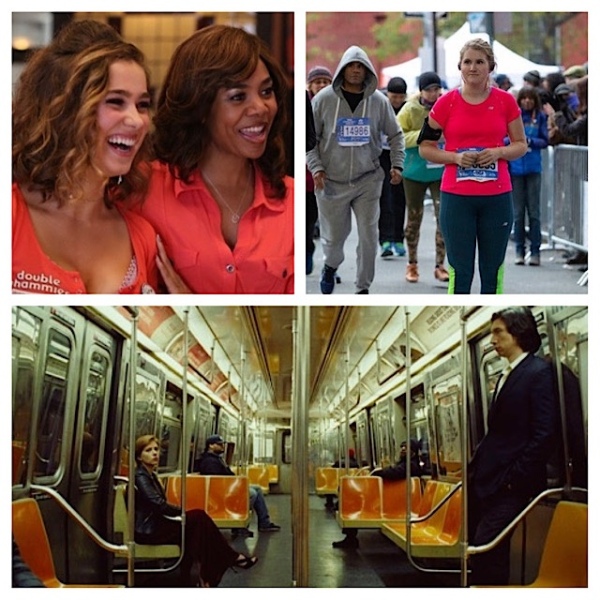 Plot Synopsis: (via Wikipedia)
The film follows a married couple (Johansson and Driver) going through a coast-to-coast divorce. 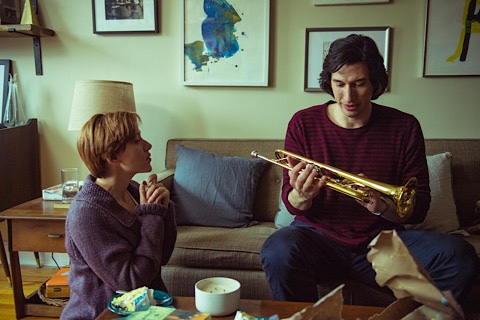 I honestly don’t get the hype over this movie. And I’ve never understood the love for Adam Driver – that gross guy who had gross sex with gross Lena Dunham in gross Girls?! I just feel very out of touch with people the past several years. I see people raving about movies on Twitter so I watch those movies and end up extremely underwhelmed. Is it just me? Why do these same films fail to move me? Because I felt NOTHING while watching this. I didn’t feel that this couple had any sort of meaningful connection or any chemistry whatsoever so found it very hard to feel upset over the breakdown of a marriage that we saw so little of and didn’t get to witness developing in any way. We’re suddenly thrown in at the end of the marriage when they apparently don’t like each other anymore.

I think Driver & Johansson are okay actors (Johansson more than Driver). But they felt like actors in this movie. I felt like I was watching a play that was almost as boring as the ones directed by Driver’s “brilliant” character in this movie. And Johansson’s character was of course an actress. Despite Noah Baumbach sticking to that rule of “write what you know” and clearly writing about his own lifestyle, this movie somehow managed to make these characters feel anything but real to me. It was just odd as one of the main things I saw on Twitter was “This movie is so real!”. Seriously? Am I just dead inside? All I saw were two bland and self-absorbed people not loving OR hating each other enough to build up to that “I wish you were dead!” (or whatever he said) scene. We saw so little of their marriage anyway that I didn’t give a shit when they finally had a damn fight like normal couples do.

I don’t know. Maybe it is just me. I don’t blame either Driver or Johansson, though, as I think the writing here is the problem. This movie is just not my sort of thing. It’s the pretentious & self-indulgent side of “indie” that I can’t stand. It crosses that indie line for me (I don’t know if it fits the indie definition but, who cares, it’s still indie as hell). I either love or hate these types of films. On the right side of the line we have films such as the Richard Linklater ones with brilliant dialogue and characters who are intriguing and fun to watch. Then we cross the line into Wes Anderson movies and, based on the two films I’ve now seen, Noah Baumbach movies. Self-absorbed characters in movies that think they’re much more important & intelligent than they actually are. Marriage Story isn’t awful it just isn’t anything groundbreaking and I didn’t care about the characters. I’ve seen this story plenty of times before but with characters who were much more believable & sympathetic. And don’t even get me started on the kid in this movie! Bloody hell – he’s eight (or so I read) but written like a thoroughly annoying four-year-old. Sorry but no eight-year-old acts like this idiot kid. Was he written by someone who has never been around children? I didn’t expect to hate the poor kid in this movie. Wow. Hey, Hollywood – learn how to write child characters!

Plot Synopsis: (via Wikipedia)
The film follows an overweight woman in New York City who sets out to lose weight and train for the city’s annual marathon. 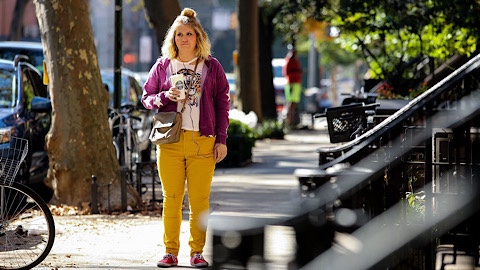 This is based on a true story and I do respect anyone who runs a marathon. I will never ever ever do that – I’m far too lazy. So I don’t want to say anything too bad since this is a real person. Yay for her! She turned her life around. But the movie did NOT manage to make her very likeable. In fact, she was downright horrible to those around her who were only trying to help & support her. And we’re supposed to root for her? I always struggle with movies with hateful main characters. I avoid hateful people as much as possible in real life – why would I want to watch a movie about hateful people? At least make them entertaining if they’re awful people (I admit to really enjoying The Wolf Of Wall Street and he was an enormous asshole). Jillian Bell’s character was just so damn boring. This is considered a comedy drama but there’s no comedy, which I was expecting as Bell normally does comedy. This was fine as I’m not a big comedy fan anyway but a little disappointing as I wasn’t expecting an uninspiring drama. You also don’t get the uplifting payoff at the end of this since you kind of don’t feel the character has fully earned any success due to her behavior. I’m sounding very negative in these reviews! That’s why I’ve put off reviewing them. Oh well. Like Marriage Story, this film isn’t awful. I just found them both very bland but the actors themselves were okay and I guess they did what they could with weak material.

Plot Synopsis: (via IMDb)
The general manager at a highway-side “sports bar with curves” has her incurable optimism and faith, in her girls, her customers, and herself, tested over the course of a long, strange day. 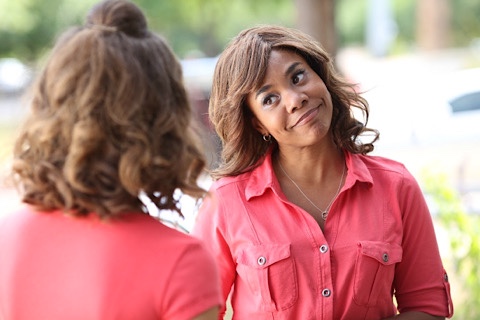 I didn’t hate this movie. Yay! It was… Fine. An okay movie that I enjoyed while watching it but will never watch again. That’s most movies these days – Perfectly pleasant but a bit forgettable. At least, unlike with Marriage Story & Brittany Runs A Marathon, there are likeable characters in this one. Regina Hall was very good as the manager at the sports bar/restaurant and as a mother-figure to the waitresses. It’s very much a “day in the life” movie and I enjoyed the different personalities of the characters. It’s a little bit “quirky indie”, which doesn’t always work but did in this case. I liked it. See? I like movies sometimes. 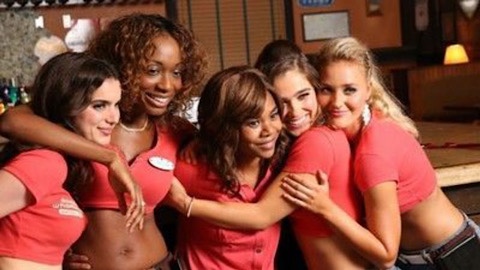 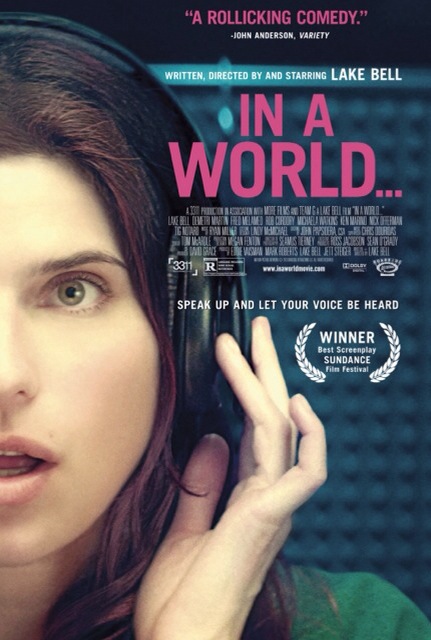 I’ve done a review for the lovely Cara over at Silver Screen Serenade for her NOOOOvember Series. The idea of this series is to talk about movies we expected to love (or at least like in my case) but that ended up leaving us very disappointed.

You can read my entry, a review of In A World…, HERE. Thanks for letting me be a part of this series again, Cara! I’m really not as grumpy as I may appear after writing this review and the one for Interstellar yesterday! 😉