I posted three weeks ago saying I’d catch up on a bunch of old movie reviews I’ve missed over the years then I completely disappeared & didn’t feel like blogging at all. Probably because I hate to commit to anything! So instead I’ve started writing my roundup post of movies watched in June and some of the mini-reviews got too wordy again. So here’s the first of the slightly longer mini-reviews I’ll post before the full roundup next week…

Plot Synopsis: (via IMDb)
1987. Denver, Co. One crazy night in the life of four friends reeling from the sudden demise of iconic British band The Smiths, while the local airwaves are hijacked at gunpoint by an impassioned Smiths fan. 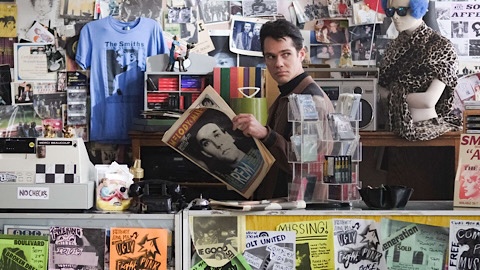 I liked the idea behind this but the way they shoved The Smiths & quotes from their songs very awkwardly into this story as much as possible sadly felt too forced. Here’s a further synopsis from Wikipedia: “Set in Denver, four friends reel from the sudden break up of The Smiths, while the local radio station is held at gunpoint by a fan, forcing a disgruntled heavy metal DJ to play The Smiths all night.” Yeah, that’s a great idea and could’ve been a great movie if done right. 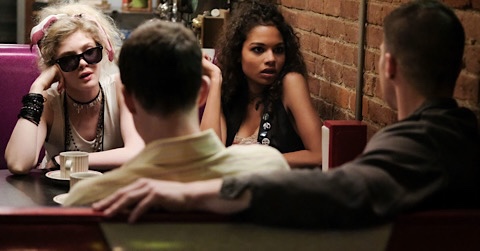 This is one of those movies that felt like it was made by someone who didn’t live through the ’80s so the characters felt like modern teens (or they might have been early twentysomethings) playing ’80s dress-up. BUT! That’s not the case as I did look into this & the director is slightly older than me so did definitely live through the ’80s. Not sure why the film didn’t quite work, then. Maybe he was trying to also capture a new, younger generation of fans? That won’t work – the youngsters have cancelled Morrissey! I do feel bad for the filmmaker on that as this movie may have been in the works before this latest cancellation. Not the director’s fault. He’s maybe a fan who wanted to do a fun movie based around a band he liked (I’m guessing). So that’s a shame. I can see me wanting to make a similar movie based around a band I love.

I wanted to love this movie. It’s totally my type of thing normally. More than anything I think I just didn’t buy into any of these young actors actually liking The Smiths and I never really felt like I was watching a movie set in the ’80s despite it trying really hard to look like the ’80s. Come on – We didn’t actually go around dressed like full-on Madonna or Siouxsie Sioux or Robert Smith – we’d just use bits of their style, like maybe wearing the Madonna bracelets all up our arms. As for The Smiths, I’m not some hardcore fan. I do like several songs quite a lot and love How Soon Is Now & think it’s truly fantastic but I’m closer to being the metalhead DJ in this (especially at the time – I like The Smiths now but didn’t back then). But I like The Smiths enough to have gotten enjoyment from their songs being played throughout this film. If you hate The Smiths, I can’t imagine you enjoying this film since the story & characters aren’t really strong enough. For a movie that better incorporated a band’s music into an interesting story, I far preferred Yesterday with all of The Beatles music. 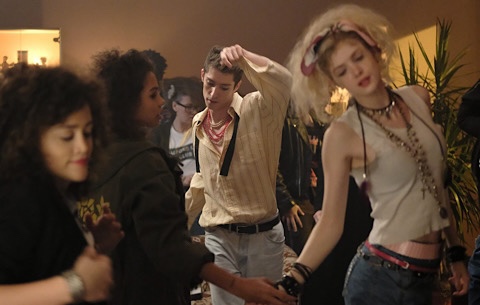 And now, after my very negative-sounding review, I’ll give this an okay rating as I did still enjoy it overall. Good music & a decade I love so I can’t complain too much. Ellar Coltrane was fine (That kid from Boyhood! I still think that film was quite an achievement). And Helena Howard was also decent as the main girl & Smiths fan (although I still didn’t buy into any of these people actually liking The Smiths). She appears to have not been in much yet but I can see her having a good career. Joe Manganiello was probably the best as the heavy metal DJ but he’s really the only “known” actor in this. So, yeah, this could’ve been a better film but it was worth a watch. However, I’d still rather watch a movie actually released in the ’80s instead of a current film set then… 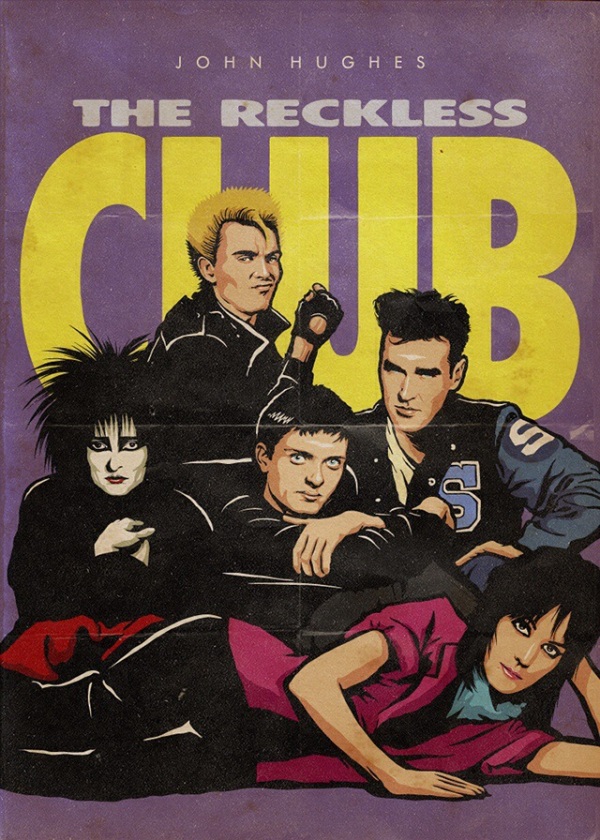