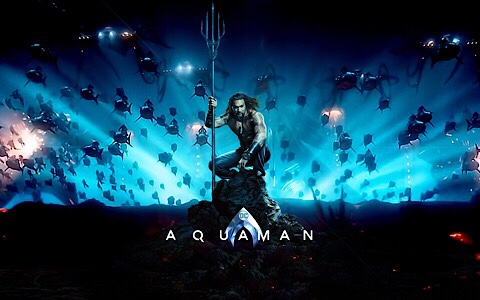 Based on Aquaman by Mort Weisinger & Paul Norris

Plot Synopsis: (via Wikipedia)
In Aquaman, Arthur Curry, the heir to the underwater kingdom of Atlantis, must step forward to lead his people against his half-brother, Orm, who seeks to unite the seven underwater kingdoms against the surface world. 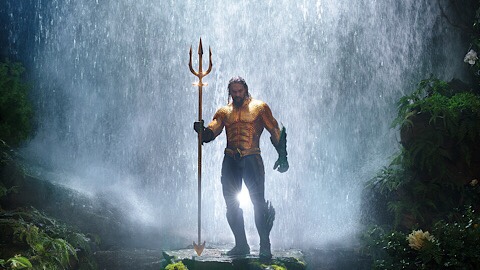 Well, this was fun! I wasn’t expecting to like this all that much since DC films tend to suck (other than Wonder Woman). I now like two DCEU movies! Why can’t the others be like this one? Superhero movies should be fun, not dreary and dark and depressing as shit. But maybe that’s just me: I prefer them to all be like Guardians Of The Galaxy.

Aquaman is a bit silly, though, so I’m sure it won’t be for everyone. I loved the silly. It gets a bit more bonkers as the movie goes on, which I also loved. Weirdass giant sea creatures were fun to see in a DC film and the whole underwater thing worked well and gave the movie a different feel from other superhero films, which are all becoming WAY too damn similar. Jason Momoa was also a lot of fun to watch, mainly because you can tell that he’s having a lot of fun playing this character. Okay – and he’s also hot. But my heart still belongs to Thor. Chris Hemsworth is still the ultimate hottie. 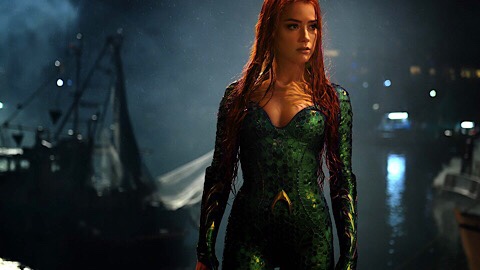 The two main female roles were also very strong, which is becoming more popular in movies. We don’t want wussy, useless women. Amber Heard & Nicole Kidman kick ass. Who ever though Kidman would kick ass?? And Amber Heard’s character was cool – I wasn’t sure how I’d feel about her as I’ve never thought she was the greatest actress. Hell, I even really liked the love story between Aquaman’s parents. I don’t normally go for that sort of thing but all the characters were so likeable in this that you wanted everyone to live happily ever after. I can’t say I give the slightest shit about either Superman or Batman in these DCEU films. The characters need to be likeable if we’re going to care about what happens to them! Hollywood still hasn’t quite figured this out.

Beyond that, I don’t know what else to say about this movie. I always struggle to “review” superhero movies. They’re fun & I enjoy them while watching them but it’s not a favorite genre of mine. I don’t expect anything Oscar worthy from them, though – I just want to switch off for a couple of hours & be entertained. Aquaman was definitely entertaining and I may have possibly liked it even more than a few of the MCU movies(!!). It was the final movie I went to in the cinema in 2018 and it was a good one to finish the year. I really enjoyed it (as did the hubby & the kid, so it was a good family movie too). 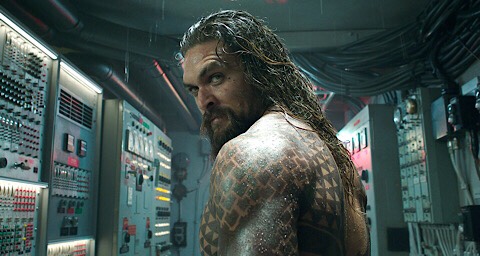 I’ll try to post my December Roundup next week followed by all my 2018 Year-End Top Ten lists. So I may sneak in a viewing of Roma this weekend in case it’s worthy of the top ten (I’ll just pretend I watched it in 2018!). For now, these are all the movies I watched in 2018. Yikes. I’m actually going to cut down in 2019…