Welcome to Day Two of my annoying End-Of-Year Lists! Today I’m ranking the thirteen books that I read in 2016 (but it’s still a Top Ten as I didn’t really like the bottom three very much). As always, I rank things according to my own personal taste. For example, number 13 is a far better & more well-written book than 12 or 11 – I just enjoyed 12 & 11 slightly more. I’m also quite proud that I somehow managed to review them all (poorly, though – I suck at book reviews even more than movie reviews) so I’ve included the links to what I said about each.

So now, counting down to my very favorite, these are all the books that I read in 2016:

12. The Girl On The Train by Paula Hawkins

11. The Death Cure by James Dashner 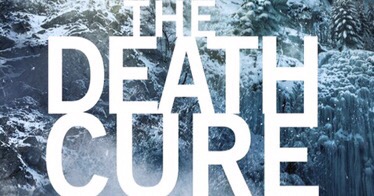 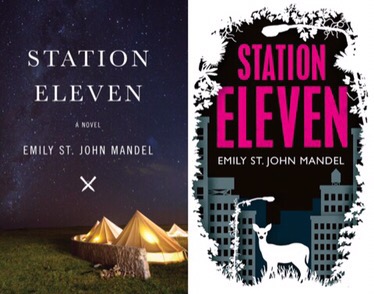 6. The End Of The World Running Club by Adrian J. Walker 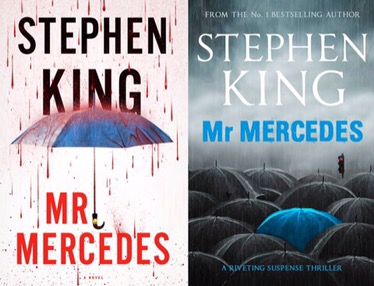 3. The Bazaar Of Bad Dreams by Stephen King 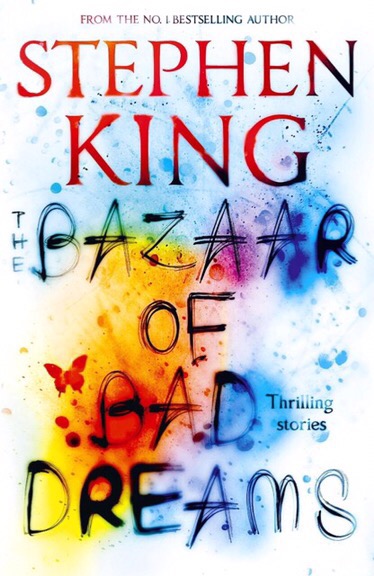 1. The Colour Of Magic by Terry Pratchett

Can I just say that, while I highly recommend at least my top seven, I want to give a special mention to Joe Hill’s 20th Century Ghosts. I’ve now read several of his books after wanting to find out if he was as good as his father (Stephen King). I’ve really enjoyed all his books so far but, finally, 20th Century Ghosts is one that I really loved. As with all short story collections, some stories are much stronger than others. But the best ones are fantastic! 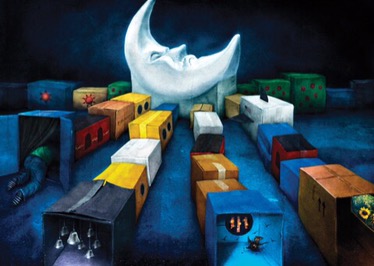 **See you for two more end-of-year lists over the next two days. Tomorrow I’ll be posting a list of My Top Ten Movies Watched At Home In 2016 then will end on Friday with My Top Ten Movies Released In 2016 (going by UK release dates). 🙂

What It’s About: (via Amazon)
Richard Mayhew is a plain man with a good heart — and an ordinary life that is changed forever on a day he stops to help a girl he finds bleeding on a London sidewalk. From that moment forward he is propelled into a world he never dreamed existed — a dark subculture flourishing in abandoned subway stations and sewer tunnels below the city — a world far stranger and more dangerous than the only one he has ever known…

This book was the winner when I asked all of you in this poll HERE which book I should read next. I’ll try to read them all in order according to how many votes they have. I’m now also almost done reading the one in second place (Terry Pratchett’s The Colour Of Magic).

Neverwhere is my first Neil Gaiman book. I really do like fantasy novels (and sci-fi) but never really explore those genres as I mostly stick to Stephen King. Easy option that rarely lets me down! I liked Neverwhere. I didn’t love it and I probably won’t rush out & read another Gaiman book based on this one but I’d still read more of his work at some point. I was completely unaware that it was a BBC mini-series first but that they had to leave things out of the show & change things so Gaiman released the original story exactly how he wanted it. I want to see the show now! Although I don’t know anyone in it other than Peter Capaldi…

Actually, I’ve changed my mind – after looking up images from the show, it looks a little dodgy. But back to the book!

The thing the book does best is make some memorable characters. The main character, Richard Mayhew, is so stereotypically British. He reminded me of when Hugh Grant would so often play a charmingly awkward pushover in annoying rom-coms (back in those days when he was dating Liz Hurley & just before he was caught with a hooker). Well, I hated those Hugh Grant characters… Mayhew is more likeable than that. I liked the story of the girl he helps, a character named Door from a bizarre sort of alternate reality in the sewers & subways of London. She has a unique power that I’d have liked to read even more about. There could easily be a prequel to this involving the history of her family & their special gift.

There are many odd characters throughout the story (not to mention the rats, who are an important part of this other reality). There are the Rat-Speakers who can talk to the rats, a pretty kick-ass female bodyguard who would probably be my favorite character in a movie of this if played by the right person, two very dangerous assassins, the Marquis de Carabas, and plenty more I won’t mention to keep some surprises in case any of you want to read this. I did like the clever use of London subway & borough names in developing various characters’ roles in the story.

The most interesting character by far, though, was the Marquis de Carabas. He helps Mayhew & Door on their journey (or does he??). He’s mysterious & suave and you’re not sure if he can be trusted or not. He’d also be awesome in a movie! They really should make this into a movie with a decent budget (the images from the BBC show really do look pretty dodgy). I bought a short story along with this book called How The Marquis Got His Coat Back, which tells an additional story within the time period of this book, and I enjoyed that just as much as the full novel. Gaiman could easily do a spin-off series of Marquis de Carabas stories.

Overall, though, I didn’t quite buy into this story & its world in the way I was hoping that I would. The characters were fun & Gaiman has a great imagination but I didn’t find myself wanting to pick this one up & continue reading it all that often. It really is a world that could be further explored in more books & short stories as there’s a load of potential there. Even the most minor characters’ life stories would make for their own entertaining spin-offs. I can’t really put my finger on why this one didn’t quite work for me as I think all the right elements seem to be there for this to be a book I really love. I can say that I’m thoroughly enjoying Terry Pratchett’s The Colour Of Magic, though, and know I’ll be reading another Pratchett before another Gaiman. Oh well. I’ll read another novel by Neil Gaiman at some point and will happily take recommendations of other books he’s written. I suppose I should read the book he did with Pratchett! 🙂

Thanks to everyone who voted in my poll HERE, in which I asked what book you all thought I should read next.

I’ve just started reading the book with the most votes: Neverwhere by Neil Gaiman

I’ll try to read the rest in order so feel free to still vote! I’ll check if any of these change before I move onto the next book. At the moment, these are the results:

1. Neverwhere
2. Do Androids Dream Of Electric Sheep?
3. TIE: The Colour Of Magic & The Princess Bride
4. TIE: Heart-Shaped Box & Mr Mercedes
5. The Prestige
6. TIE: Off To Be The Wizard & Body Of Evidence
7. TIE: 20th Century Ghosts & The Snowman
8. The Death Cure