I watched Norwegian film Headhunters on Filmnerdblog Laura’s recommendation & we decided to have a little chat about it. You can read our chat below (we did try to avoid any major plot spoilers).

Thanks for doing this with me Laura – it was lots of fun! And it was a great recommendation, too. 🙂

Based on Hodejegerne by Jo Nesbø

Plot Synopsis: (via Wikipedia)
A successful but insecure corporate recruiter lives a double life as an art thief to fund his lavish lifestyle. He finds out that one of his job prospects is in possession of a valuable painting and sets out to steal it. 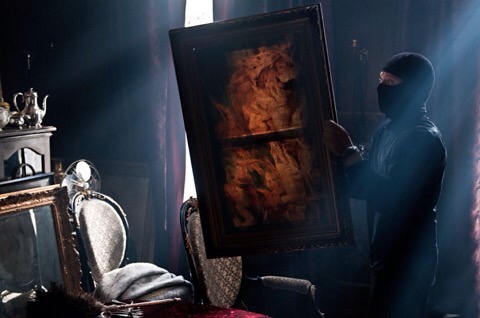 M: I have Headhunters on in the background to refresh my memory but forgot that I can’t understand a damn word so it’s kind of pointless to have it on while typing… Lol

L: Ha! When did you watch it? I watched it on Tuesday, but had seen it before.

M: I watched it about a month ago. I remember it well anyway. I really liked it!

L: It’s good isn’t it? I wanted to see it because it’s based on a Jo Nesbo book and I’ve read most of the Harry Hole books, which I really liked. Plus… ding dong!

M: Hello Jaime Lannister! When did he get so hot?! I can’t believe I never noticed how hot he was on Game Of Thrones. The sister screwing distracted me!

L: And the sister raping was the final nail in that coffin for me, but in a suit? And with that moody look on his face? Simply, yes.

M: Hell yes! And he was also super hot in Mama, which almost made that movie not suck. Almost…

M: But I do love how the other guy in Headhunters is like the Norwegian Steve Buscemi! 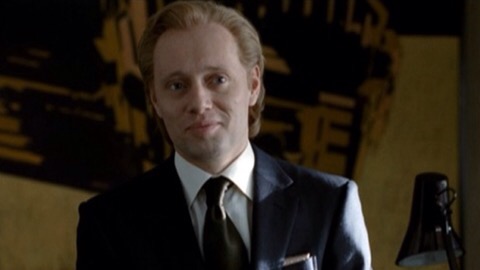 L: You’re so right! He was really good, but I did find his peculiar face a bit distracting. It was just right for the character, though.

M: Oh, right – I forgot Jaime Lannister dude was twins in Mama! I’ve tried to put that shitty movie out of my mind. Hmm – two of him… We could share! I think maybe I liked this movie so much partly because of the main guy’s weird face. I have a weird sort of crush on Buscemi. 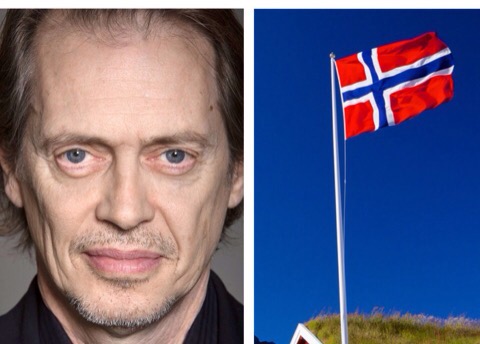 M: I also love Norwegians, so that helps. But Troll Hunter is still my favorite!

L: Wow, that IS a weird crush! Mama was SO SHIT everyone should probably put it out of their minds. I liked Troll Hunter too. Rare Exports was good as well. Was that Norwegian? Or Danish? I don’t remember. But anyway, Headhunters…

M: I don’t know that one – I’ll have to IMDB that later! Oh – I like those earrings Buscemi guy buys his way-too-sexy-for-him wife. I have similar from my Norwegian ancestors. The concave mirror bits apparently “ward off evil spirits”. 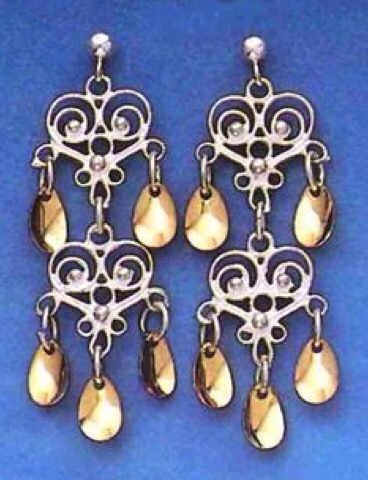 M: Can’t find the exact earrings from the movie. Plus I don’t think mine are anywhere near as expensive as hers!!

L: She reminded me of Heidi Klum. She was way out of his league. Not so much because he looks like he fell out of the ugly tree but because he was such a monumental douche.

M: Ha! Oh – Gollum is so cute in that picture. Actually, he looks kind of like the dude in this movie (Aksel Hennie – I suppose I should stop calling him Norwegian Steve Buscemi).

M: Yeah – I think she’s even prettier than Klum. Definitely out of his league, especially when he’s being such a douche at first!

L: I was really annoyed at how he gives her absolutely no credit throughout the entire film. He’s so insecure.

L: I mean, he thinks she’s a gold-digger, right?

M: I know! If he thought that, why did he marry her? Because she’s pretty, of course! Plus, what a DICK he was to be banging away at that other woman while he has such a lovely wife at home who treats him so well! (not really a spoiler as he’s shown cheating at the very start)

M: Shirtless Jaime Lannister on right now!!! (Nikolaj Coster-Waldau is his real name. I was too lazy to type that out during the chat) 😉

L: The character was called Roger(!) so we could call him Roger? 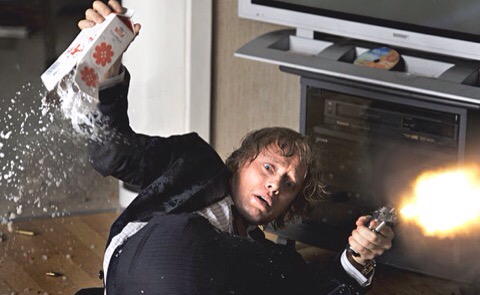 L: I only watched it 2 days ago and had already forgotten.

L: Anyway, Roger was an arse. His wife was gorgeous, loving, and kind. And he thought the worst of her, and treated her so badly.

M: Asswipe! I could say he maybe changes his ways at the end. Is that a spoiler? I won’t get into any major plot spoilers I suppose as one thing I really liked about this movie is that it actually keeps you guessing. For once I didn’t have it all figured out from the start! I loved that. It was twisty & turny and I thought the climactic moment toward the end was quite brilliant. The “plan”…

L: Yeah he did get a grip by the end but, look what it took to get there?! None of that is acceptable behaviour in a relationship, and he didn’t deserve her loyalty. I feel very strongly about this!

M: I wish Roger had been more likeable but another thing I did like about this movie was that it wasn’t exactly the movie I was expecting. It starts out this high class “art heisting” movie, which is cool. But then it REALLY goes to shit for Roger (literally).

M: I liked how there was a sort of a dark humor to the whole thing.

L: Yeah, it was really clever, and good at subverting your expectations because, as you say, it isn’t a straight art heist movie. Is that a spoiler?! I really liked that it kept switching on me, when I thought it was one thing and then it was something else.

M: Lol. I know!!! That outhouse scene was nasty. I almost couldn’t watch it. But it was kind of awesome as well. Yuck! Disgust indeed. 😉 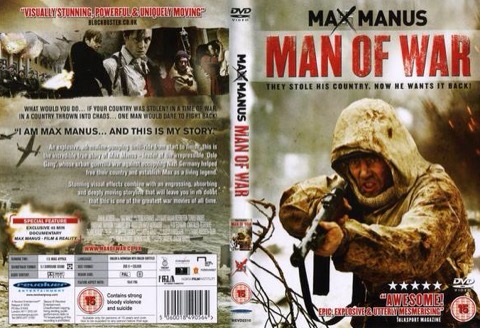 M: Oh look – Norwegian Buscemi again. That does look kind of good! I really should explore more foreign films instead of just the famous ones I hear about…

L: I love foreign films but it’s hard to fit them in because it means I can’t simultaneously prat around on the internet.

M: Hahaha! EXACTLY! I love to second-screen (except in an actual cinema, of course. That would be super rude). But at home I’m almost always writing a review while watching a movie. Or tweeting!

M: No wonder I have such a terrible memory when it comes to movies I watch lately… 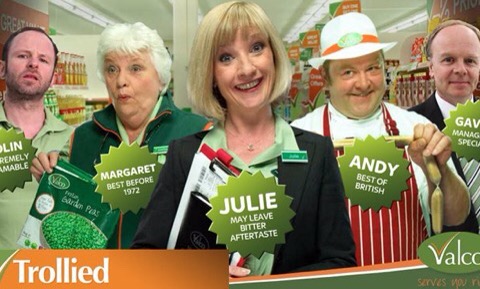 M: What the hell is that? I’ll look it up on my iPad. I’m actually three-screening right now. 😉

L: You’re taking it to another level, now.

M: I did like Never Mind The Buzzcocks when it was good. Are we digressing again???

L: We’re digressing again, should we wrap up this Headhunters business so I can go and look up more pics of Jaime Lannister…?

M: You’ve already been doing that this whole time, haven’t you? I know I have a bit. 😉 Right! Let’s wrap up this Headhunters conversation. Um… I recommend it! It’s good! You get to see the Norwegian Steve Buscemi covered in shit! And Jaime Lannister looking super hot! I give it 7.5/10

L: I concur. Part of me wishes that Roger was a likeable protagonist I could cheer for, but I do like that it wasn’t a run of the mill, paint by numbers, lovable rogue heist movie. Maybe I’ll cheer for the wife. Yay, Diana! 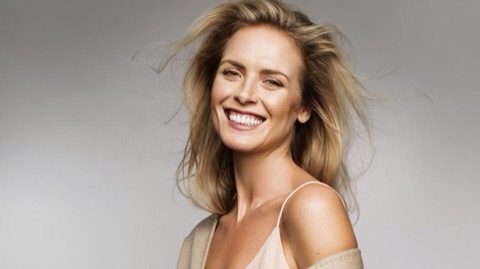 M: Hooray for Diana! I liked that she was not only sexy but also smart. Poop on Roger! Cheating bastard.

L: I recommend it too. Smart, original and intriguing. Jaime Lannister is a hottie, obvs and I really like the main female character, Diana. Norwegian Steve was good, too. 7/10