Hi all! I’m really slacking on writing movie reviews this year. So, when that happens, I decide to make a poll instead. Because I’m a procrastinator! 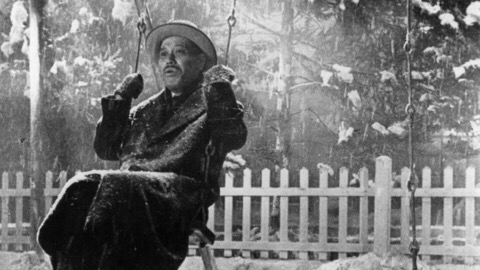 Also, I’d like to do a themed week again (or month). I’ll be honest: If I do, it’ll be in 2018. But I’m wondering which of the choices below sound the most fun/entertaining/not-too-boring.

I do plan to review the below films soon, though, so I’ve not added them to the poll:

I’ll still be reviewing 5 more Blind Spot films before the end of the year (I’ve watched The Raid & am halfway through Zodiac, which I’m struggling to finish). Also, as usual I’ve not reviewed any horror films I’ve watched in the past year since I’ll try to review them all in October (if I have the energy). But one of my favorite films I’ve seen overall this year is Train To Busan, which will definitely get an October review. Loved it! These are the horror reviews you might see (most of them sucked, which is why I may not have the energy…):

Monster Hunter, The Forest, The Watcher In The Woods, Lifeforce, The Witch, The Gift, The Final Girls, Pontypool, Only Lovers Left Alive, The Wailing, Byzantium, Green Room, Before I Wake, Poltergeist (2015)

So, I do still make plans for this blog even though it feels like I’m abandoning it this year. I should be around a bit more in the next month while life hopefully settles down a little! 🙂

Thanks to everyone who voted in my poll HERE, in which I asked what book you all thought I should read next.

I’ve just started reading the book with the most votes: Neverwhere by Neil Gaiman

I’ll try to read the rest in order so feel free to still vote! I’ll check if any of these change before I move onto the next book. At the moment, these are the results:

1. Neverwhere
2. Do Androids Dream Of Electric Sheep?
3. TIE: The Colour Of Magic & The Princess Bride
4. TIE: Heart-Shaped Box & Mr Mercedes
5. The Prestige
6. TIE: Off To Be The Wizard & Body Of Evidence
7. TIE: 20th Century Ghosts & The Snowman
8. The Death Cure

Last Christmas (2014) I got a lot of books as gifts, which I worked my way through in 2015 (the only one of those that I haven’t read is A Game Of Thrones – I don’t have the energy to start that yet!). I did a Top Ten (okay, 14) of everything I read last year including reviews of each of those books HEREif you’re curious.

I have to say that I really lucked out last year – I absolutely loved several of the books that I read (especially Ready Player One and The Martian plus I read my first George R.R. Martin and Joe Hill books, which have me definitely wanting to read more by those authors). This last Christmas, though, I got no books. However, I got a load of vouchers! So what did I buy? Books! They’re in the above photo, including some I’ve had for years but still not read.

I mainly stick to reading Stephen King most of the time. And, okay, I admit it – I read way too much Dean Koontz. I’ve just always loved horror and the supernatural when it comes to books but for some reason have barely explored the genre I love above all others: sci-fi. I like fantasy as well but have read very little of it (I do adore The Hobbit & The Lord Of The Rings).

I think, with sci-fi, I’m scared of it. I don’t have a science-y mind. Those books are for smart people! The technical gobbledygook in Star Trek: The Next Generation confused me enough as it was (god I loved that show). Maybe it’s why I like sci-fi comedy when it comes to reading (The Hitchhiker’s Guide To The Galaxy is my favorite book ever). So I thought it was time I try some new authors. The first two books I picked up were a Neil Gaiman & a Terry Pratchett. Look at me! Expanding my horizons and shit!

I’m in the middle of reading Stephen King’s The Bazaar Of Bad Dreams at the moment but I thought it might be fun to do a poll asking everyone which book I should read next. It’ll give me an idea of what’s the most popular. I would also love it if people would like to recommend any other authors, especially in the sci-fi and fantasy genres. Or horror & supernatural… The one thing I never really like is “crime” novels, though – the Patricia Cornwell was given to me and I don’t know if I should read it or not. Any fans of hers here?

Enough of my blathering – here’s the poll. You can choose up to three. And feel free to discuss any in the comments – I love a good book chat. 🙂 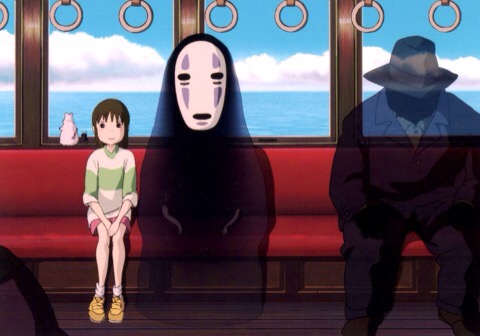 Thanks to everyone who voted in my poll asking which movie I should review next. Sorry – I was too sick last week to make a start on the winners but the top two are written now and ready to post tomorrow & Thursday. There were a lot that tied for third place so I’ll work my way through those next.

I’m happy to see that it turns out more of you like Studio Ghibli than I thought. Um… I’ve already done a bunch of those recently! 😉

9 votes:
Grave Of The Fireflies

6 votes:
Blue Is The Warmest Color 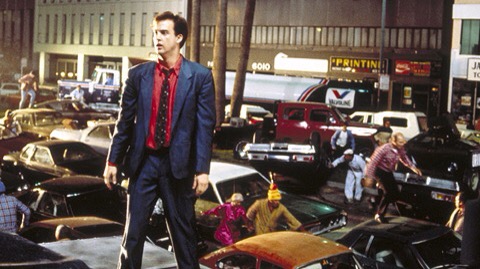 Oh! I have a load of books I’ve read & never reviewed either. Maybe I should do another poll. Hmm… Anyone want to hear about any of these?

The Good Guy by Dean Koontz

Ready Player One by Ernest Cline

The Martian by Andy Weir

The Maze Runner by James Dashner 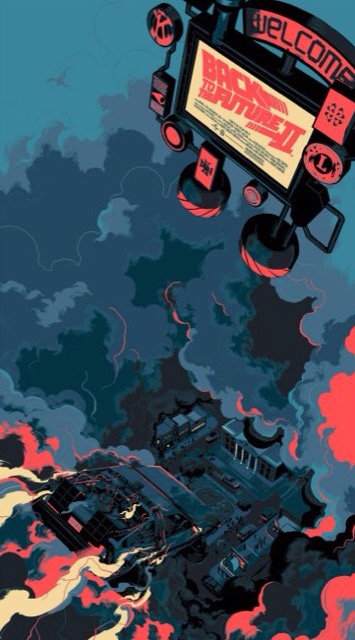 Hi all! I have nothing ready to post for today (but I suppose no one will be around anyway since it’s Good Friday) so here’s another one of my movie poster posts! I always love the Mondo posters & this Back To The Future Part II one is from artist Matt Taylor (see it at GeekTyrant HERE). He also did the below poster for the first film a few months ago: 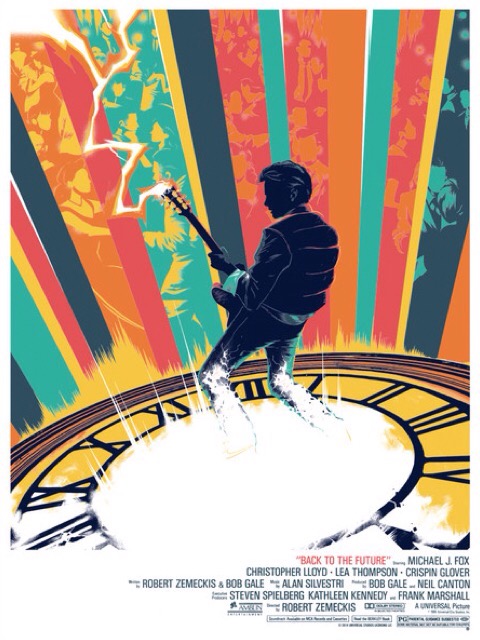 Thanks to everyone who has voted in my “Which movie should I review next?“ poll. So far, Spirited Away looks like it’ll be the winner (hey – I DID do a bunch of Studio Ghibli reviews through all of January…). 😉 I’m on vacation at the moment so won’t be reviewing any of those quite yet (plus I have a review of the new Cinderella that’s 90% written which I’ll post first) but I’ll review the ones with the most votes as soon as I can. I’m leaving the poll open so you can still keep voting through next week – I’ll probably start posting the winners the week after. You can vote HERE.

I hope you all have a lovely Easter! 🙂

I was making a list the other day of all the movies I’ve watched in the last year & never got around to reviewing. Well, I decided I may as well stick them all in another one of my “what should I review next” polls because I’m pretty sure you all love when I do that! Right?! Although, the last time I did a similar poll, you all voted for me to review Moshi Monsters: The Movie so I’m not sure if you can all be trusted to make such an important decision… 😉

Anyway! Here it is. I believe I made it so you can choose up to five. I’ll review the top five before any others on the list. Probably. If you choose wisely. Sorry my poll is so long! (Hmm. Maybe I should reword that)

Look! It’s Chris Hemsworth in the Red Dawn remake! (Don’t vote for that – it’s SHIT! It just gives me an excuse to post yet another Hemsworth picture). 😉

Anyway, I’m a total SLACKER lately! Way behind on movie reviews, way behind on replying to comments, way behind on reading blogs. I need a kick up the arse. (Yes, Eric – I said arse!). I’ve done this a couple times before and it’s always fun. Vote below for which movie you’d like me to review next of the ones I’ve watched recently and, like, I’ll try to review the winner. In 2014 hopefully. 😉 But first I’ll probably be reviewing Divergent, which I just saw yesterday.

Tent POLL! (Haha. Wrong kind of pole, I know. I just like saying that):

Hey – in two hours a bunch of us are going to watch a really shitty movie together & make fun of it! If you’re interested in joining in, check out this link here: The Shitfest Social 2 at The IPC. Can’t wait! It’ll be good fun, Eric! 🙂 This is what we’re watching: 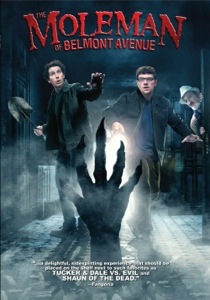 Pick up to three. Zoe – vote for Ferris Bueller’s Day Off! 😉

Choose up to three. Make sure one of them is Jake Ryan. *sigh*

Choose up to three 🙂