Based on Ready Player One by Ernest Cline

Plot Synopsis: (via IMDb)
When the creator of a virtual reality world called the OASIS dies, he releases a video in which he challenges all OASIS users to find his Easter Egg, which will give the finder his fortune.

Where do I start?? I really enjoyed this film and, yes, I really enjoyed this book. I didn’t realize so many people had a problem with the book until reading Twitter these past few months. What the fuck was with all the backlash?! Fucking hell, people. Get a grip. It’s a fun, harmless story that was written for nerds obsessed with 80’s pop culture. Not your kind of thing? Fine. Don’t read the book or watch the movie. Maybe just shut the fuck up and let people reminisce if that’s what makes them happy? I really enjoy Twitter but the self-righteous bullshit is very hard to handle sometimes. 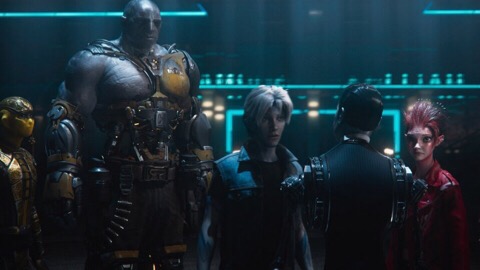 Okay – I’m clearly in a bad mood! I’ll just talk about the movie now. If you’ve read and enjoyed the book, be aware that there are loads of changes. This normally bothers me but I kind of liked it this time. I felt like I was watching a whole new story involving the same characters and it was entertaining to watch & not already know what was going to happen every step of the way. I kind of feel like there are two completely separate Ready Player One stories now and both are enjoyable. I’ll stay spoiler free so won’t go into any details but the biggest things changed (completely!) are the challenges involved in finding each key. Being a big film fan, I loved one of these new challenges and I’m very glad that bit stayed a surprise for me. So try to avoid spoilers and watch this soon if you’re a pop culture nerd like me.

I’ll say this, though – the movie doesn’t stay as true to the “EIGHTIES!!!!” thing as the book. I understand this will have been done to please a more general movie audience but it’s kind of a shame. Don’t get me wrong – there’s still shitloads of 80’s pop culture but it’s not as in-your-face as the book. Which is good in some ways but I still feel that the 80’s kids are being a tiny bit cheated with the film version. And the movie goes more “movie nerd” than “game nerd”, which is definitely more my kind of thing so I’m not complaining. But I think the lovers of classic video games may be a little disappointed at them having a far smaller part in the film.

I’m still trying to sort my thoughts out on this movie. I know this is one where I really should wait a while before writing about it… Is it going to be an all-time favorite Spielberg movie of mine? Probably not but he has so many great ones that it would be hard for him to ever top his classic films. I did do my Top Ten Steven Spielberg Movies HERE and I can say that Ready Player One wouldn’t make it onto that list. But I’ll post an updated list sometime and it will probably make it into the ten since I’d count the Indiana Jones (trilogy!!) as one on my own blog. 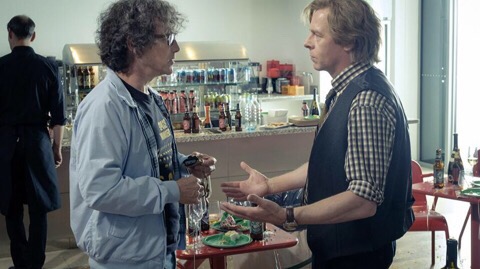 Sorry – I know I’ve said very little in this “review”. I’m having to keep things short on the blog lately due to lack of time. Plus I think it’s important to avoid spoilers for this one, making it hard to discuss. Plus… I’m still not entirely sure how I feel about the movie. I thoroughly enjoyed having a new Spielberg sci-fi thrill ride of a film. It was a lot of fun to watch and I’d forgotten it was 2 hours & 20 minutes long as it didn’t feel that way since there’s always so much going on. The characters, though changed slightly, are done as well as they need to be to keep the audience interested in their story and I think Spielberg improved things by focusing even more on their friendship.

Overall, the changes made for the movie were mostly improvements on what I realize isn’t exactly classic American literature. Yes, Spielberg “has done it again!”. I love Spielberg and I love him returning to this style of sci-fi. However, like the 80’s pop culture the story wishes to emulate, this movie will always just feel like a tribute to Spielberg’s best films as opposed to actually being one of his best. I really enjoyed Ready Player One, I’ll definitely watch it again, and I’ll buy it as soon as it’s released on DVD. But I’d still rather watch a genuine classic film from the Eighties instead.

Is There A Scene After The Credits?: No, there’s nothing during or after the credits.