I’ve participated in another Question Of The Month over at Oracle Of Film & I have to say this is my favorite question yet: Who Is Your Favorite Star Wars Character?

So many to choose from! Not an easy question to answer if you’re a big Star Wars fan (which I suppose I am). 🙂 Actually, no – it was pretty easy as I already knew my answer. I have two favorites so I just had to choose between the two. Who did I pick? Is my answer in the photo above or not?? You can read everyone’s answer HERE. I may ramble on a bit for several paragraphs like I always do when I really like something…

Thanks for another great question, Luke (Skywalker) Abbott! 🙂 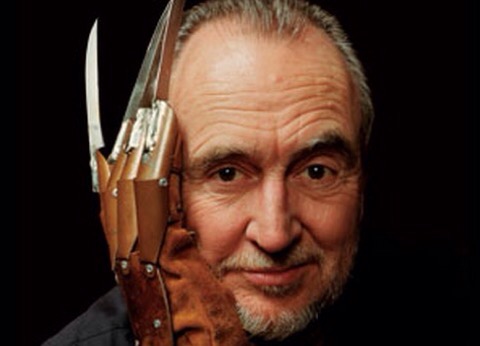 **I don’t normally do any celebrity R.I.P. types of posts on here but I had to mention Wes Craven. I was very sad to hear of his death this morning. A Nightmare On Elm Street is one of those movies that was a very special part of my early teens when I was starting to discover that I had a love of film that kind of went beyond what my “normal” friends seemed to think of movies (I’m sure you movie bloggers can relate).

I saw it for the first time at a party at the age of 13 & it was my first proper horror. I loved it instantly. We later played spin the bottle at this party, which was fun, but while everyone else probably went home thinking about those pathetic 13-year-old kisses I was mainly thinking about how I would manage to see that “cool” movie again as it wouldn’t be one that my mom would really approve of. (We also watched Fright Night at that party, another awesome 80’s horror classic, although of course not on the same level as Elm Street. Man I miss those days, especially when it comes to horror movies. And clumsy groping.)

I’m not going to turn this into a long post or discuss Craven’s other work that I like (Such as Scream which is of course very popular but I also have a thing for Deadly Friend). I mainly just wanted to mention A Nightmare On Elm Street as that will always be an important part of this movie-life of mine.

R.I.P. Wes Craven – I’m so glad your brilliant film was my introduction to horror. Very few other horror films have been able to live up to A Nightmare On Elm Street for me in the 31 years since its release. 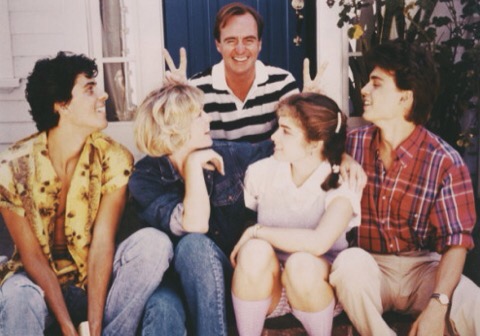 I’ve participated in another Question Of The Month from Luke over at Oracle Of Film: “Who is your favorite Game Of Thrones character?”. So many great characters to choose from! You can read all our replies HERE.

Thanks again, Luke! And, hey – can I just ask everyone this: “How awesome was the episode Hardhome?!?!?” 🙂 I’ve been really disappointed by this season so far but that episode kicked some serious ass!

Another month & another brilliant question from Luke over at Oracle Of Film. This month we all chose “The Best Character Of 2014”. (Yep, I chose someone from Guardians Of The Galaxy). You can see all our replies HERE.

I saw the adorable Guardians Of The Galaxy/Peanuts artwork in a tweet from James Gunn a few days ago. It’s by artist Matthew J Fletcher.

I’ve participated in another Question Of The Month for Luke over at Oracle Of Film. I love this month’s question (and hope I didn’t ramble on too much): “What element makes your ideal horror movie?”

You can read all our replies HERE. Thanks again, Luke! 🙂

I’ve participated in yet another Question Of The Month for the amazing Luke over at Oracle Of Film. This month’s question was “What Upcoming Movie Are You Most Anticipating Right Now?”. You can view my reply (which may be obvious from the above photo) and a bunch of other great answers HERE. 🙂

Now, since answering that I’ve read about and seen a trailer for two pretty damn cool looking movies. One is called Ex Machina and it’s been directed by Alex Garland, the guy responsible for writing things like 28 Days Later & Sunshine and it sounds like the kind of sci-fi I love. Here’s a short plot synopsis from IndieWire (and you can read more at the link):

Ex Machina is an intense psychological thriller, played out in a love triangle between two men and a beautiful robot girl. It explores big ideas about the nature of consciousness, emotion, sexuality, truth and lies.

Then I saw the below trailer for Autómata and, damn – that looks good too! I do love sci-fi more than anything – Can’t wait to see all of these!

Luke over at Oracle Of Film has asked us “What’s the worst comic book movie?”. Have a look at all the great replies HERE and let me know if you agree with my choice or if you think I’m insane. 🙂

Oh, and I found the above watercolor online the other day. It’s by artist Clementine and you can see her other great superhero watercolors here: Neatorama.