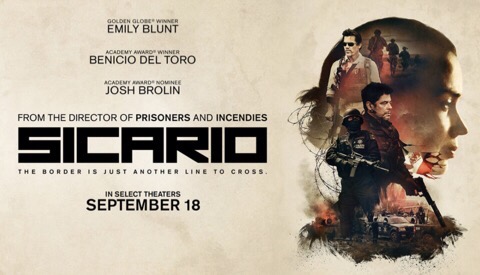 Plot Synopsis: (via Wikipedia)
The film is about a principled FBI agent who is enlisted by a government task force to bring down the leader of a powerful and brutal Mexican drug cartel. 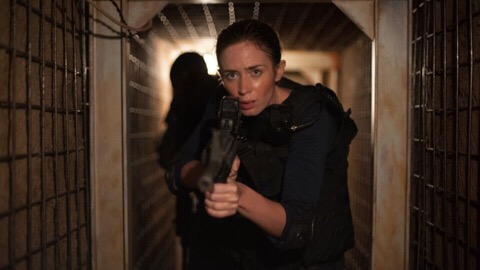 Ohhh… This movie was GOOD. And to think I wasn’t even necessarily planning on ever watching it! I never really like the crime drama type of genre so, no, this will never exactly be a personal favorite film of mine whereas I LOVE Villeneuve’s Arrival (It’s my favorite genre – So glad he’s going in a sci-fi direction with his movie choices now!!!). But it’s a damn good film even if it’s not usually my sort of thing. 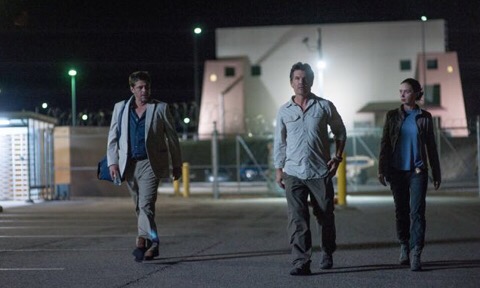 It wasn’t until loving Arrival that I started taking a bit more notice of Villeneuve’s work. It’s why I finally decided to watch Sicario last month (my girl crush on Emily Blunt helped too). I’d already seen a couple of his films and I thought they were pretty good and beautifully filmed but they weren’t really my type of thing either. Wait – I take that back… Enemy was totally my type of thing. I wanted to like that one more than I did. I did appreciate it and think I’d like it more on a re-watch but it was a very slow film & it took a while to get into it. I preferred it to Prisoners, however, but that’s again probably due to me not liking the crime genre. I now really want his Incendies to be one of the next films that I watch for my IMDB Top 250 Project (it’s at #146). With his current popularity I’m hoping it’ll pop up on Netflix or something. 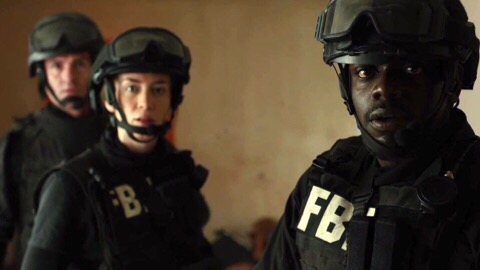 So! Here we are with Sicario – easily my second favorite Villeneuve film I’ve seen so far. I know nothing about filmmaking but this film was beautiful. Those shots of the landscape! It’s a shame that I saw this one on a TV instead of in the cinema. The cinematography & the score created such a rich atmosphere. This combination almost gave me the same sort of feeling as I had while watching Sergio Leone’s Spaghetti Western epics (I liked the Dollars Trilogy & Once Upon A Time In The West WAY more than I ever expected to, especially having no prior Western movie experience).

I can definitely say that I intend to watch everything made by Villeneuve from now on. This is what I like: Movies that feel like true art. It feels like we don’t get enough “epics” nowadays. And they don’t all have to be artsy fartsy – I’d call Mad Max: Fury Road epic & it’ll still be loved & respected years from now. I blame the general public for the lack of very few all-time great films now, though, not the filmmakers. The majority of people wouldn’t have the patience for a Leone film now – they’d rather go to the next Fifty Shades movie. The next Fast & Furious film will make more money than most of the Best Picture nominees put together (Maybe. I dunno. I’m pulling that statistic out of my ass). Sicario isn’t quite up there with the Leone films but it’s getting close. Arrival is at that level (for me, at least). Both Sicario & Arrival will be seen as all-time classics 20 years from now, which can’t be said of many current films. But the Leone films didn’t really get any respect until years later, right? I think these two Villeneuve films, though respected by the filmmaking community right now, will get more recognition in the future. Arrival won’t win Best Picture and, years from now, people will be all “Why didn’t Arrival win Best Picture that year?!”. Oh well – The Academy never gets it right anymore. 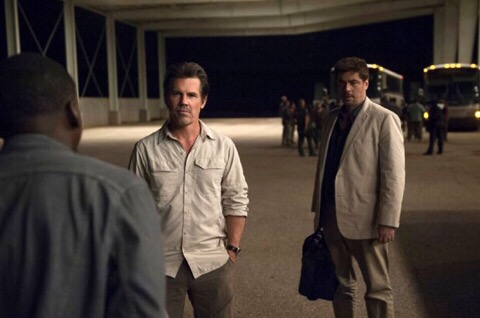 I’m rambling, as usual, so I’ll wrap this up by saying a bit more than “This film is pretty & has a great mood!”. I’m one of those weirdos who cares more about a movie’s director than its stars. If the director is awesome and the story is good, the actors probably won’t f*^k up the film. I mean, I suppose a good director isn’t going to let crappy actors be in their film anyway. However, some credit has to be given to the actors in Sicario. Emily Blunt & Benicio del Toro are especially strong in bringing these characters to life. 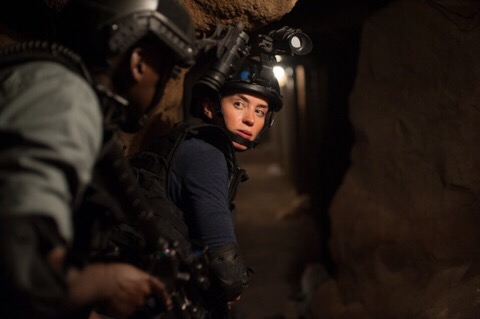 Blunt, who kicked ass in Edge Of Tomorrow, again plays a great “tough chick” with a believable vulnerability. Her character isn’t perfect, she doesn’t make all the right decisions, she’s not a machine, she does have emotions, but she stays true to her beliefs to the very end. This is actually a very similar character, belief-wise, to the one in Edge Of Tomorrow and I think Blunt plays these “strong yet vulnerable” roles perfectly. Can we have more roles like these for women, please??? Thank you, Villeneuve, for these strong & believable female roles (Btw – I’ll say it again – Amy Adams was ROBBED of an Oscar nomination for Arrival! Grr). 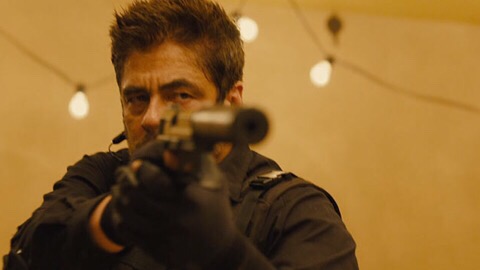 Benicio del Toro also gives his best performance since the dog-faced boy in Big Top Pee-wee (he must get so sick of people saying that). Seriously, though – I’ve always known he was a good actor but I’ve not paid much attention to him. He’s fantastic in this, especially at the end. He kind of blew me away. He plays this thoroughly complex character with such chilling subtlety. Josh Brolin & Daniel Kaluuya also do brilliantly in supporting roles and I loved how the film captured the strong bonds and sense of extreme loyalty between FBI partners. 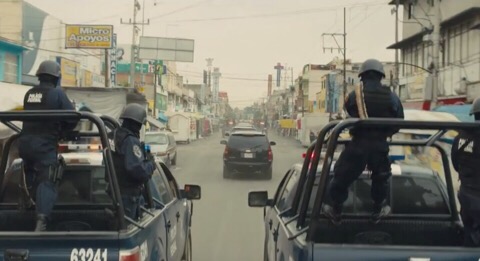 Sicario’s slow & deliberate build-up of tension and the reveal of character motivations made for one of the most intense final acts I’ve seen in a while. I admit that it took me a while to get into the film as it’s a topic I certainly can’t relate to and a genre I don’t often choose to watch but it’s so well-made with such rich characters & performances and an ending that had me on the edge of my seat (well, couch). This is damn good filmmaking. I want more of this. Please let Blade Runner 2049 be at least this good! 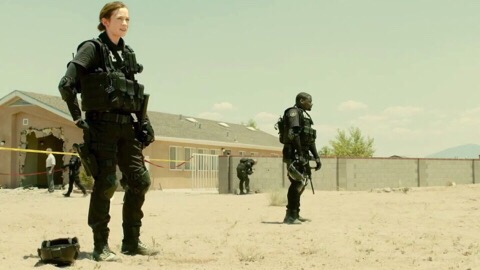 **Speaking of the lovely Emily Blunt, it’s her 34th birthday tomorrow so I’ll be posting a list of My Top Ten Emily Blunt Movies. 🙂