I did a post about Stand By Me, an all-time favorite film of mine, to celebrate Cara’s Blogiversary Bash over at Silver Screen Serenade. Thanks for letting me join in on the celebrations, Cara! Happy Blogiversary! I hope you have many, many more. 🙂

You can read my post (in which I said I was unable to talk about my love of Stand By Me & then spoke of it at length) HERE. I’ve done another one of my Top Ten Lists for it – My Top Ten Stand By Me Insults. Stand By Me is filled with loads of great, foul-mouthed insults and I LOVE IT. 🙂 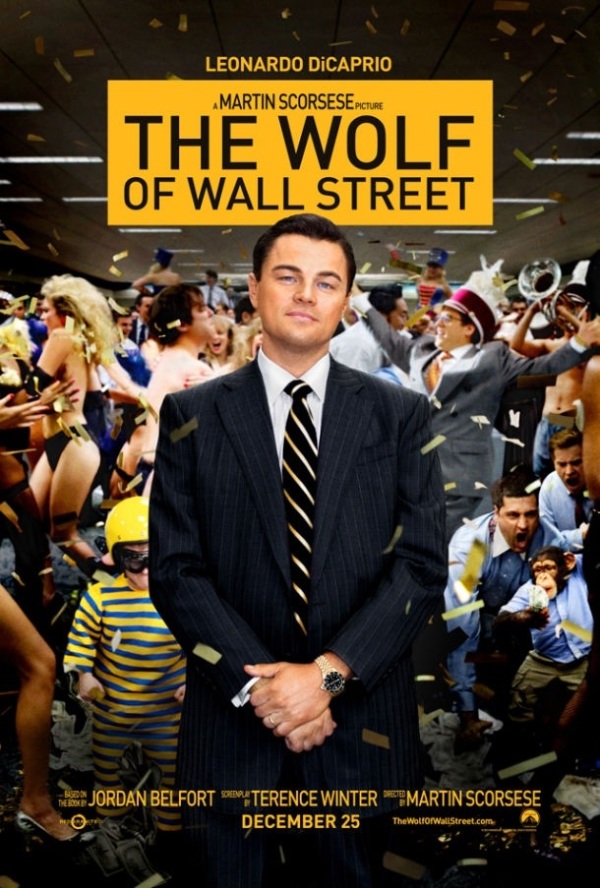 Based on The Wolf of Wall Street by Jordan Belfort

Plot Synopsis: (via Wikipedia)
The Wolf of Wall Street is a 2013 American black comedy film directed by Martin Scorsese, based on Jordan Belfort’s memoir of the same name. The film stars Leonardo DiCaprio as Belfort, a New York stockbroker who runs a firm that engages in securities fraud and corruption on Wall Street in the 1990s. 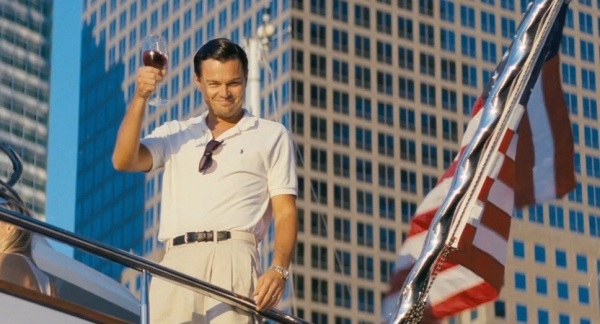 I know I just did a list of my top ten Martin Scorsese films HERE but, the truth is, I’m not a huge fan. Is The Wolf Of Wall Street REALLY better than things like Goodfellas & Taxi Driver? Okay – probably not. But I can honestly say that I enjoyed this film the most out of all the Scorsese films I’ve seen & it’s my own personal favorite of his. Scorsese & DiCaprio make a great team and this three hour film felt about ten minutes long when compared to The Hobbit: The Desolation Of Smaug (I thought that damn thing would never end!).

I’m not sure where to start. I’m really not sure what to say about this at all. I’m not even completely sure why I enjoyed it so much! It’s raunchy as hell. It’s all “fuck” this and “fucking motherfucker cocksucker” that and HOOKERS DRUGS HOOKERS DRUGS! It’s full of a bunch of disgusting, unlikeable, rich douchebags. What a bunch of horrible pricks. But, goddamn, this was funny as hell and just plain fun to watch! I’m still chuckling over Leo & Jonah Hill on quaaludes & fighting over the telephone.

DiCaprio & even Hill (who I never liked before this movie) are absolutely incredible. LOVED them. Everyone in this was excellent – not one person seemed wrong for their part. I also especially loved Rob Reiner as DiCaprio’s dad (freaking HILARIOUS) and Matthew McConaughey in a small role played to absolute perfection. Brilliant. Every single person in this. And I’ve decided I have a thing for Jean Dujardin now (I’m growing up & liking the older, classy men now. Yum).

Screw it. You know what? I really don’t know what else to say. My reviews are always too long anyway. This was out ages ago in America, right? Everyone has reviewed this by now & discussed it to death. I liked it. No… I loved it. I loved a Scorsese film where I didn’t have to worry about someone’s head being stuck in a vice (I’ve avoided Casino for years because of that). I’m not sure if there’s some kind of message to this film other than “rich people are assholes”. Who cares? It managed to keep my interest for THREE HOURS and made me laugh and made me happy, dammit. It’s full of some of the best acting I’ve seen in a long time. Great soundtrack, too! I really hope it wins some Oscars over the inferior American Hustle.