Okay, these were two quite bizarre films that I watched recently so I figured I’d post a double review… 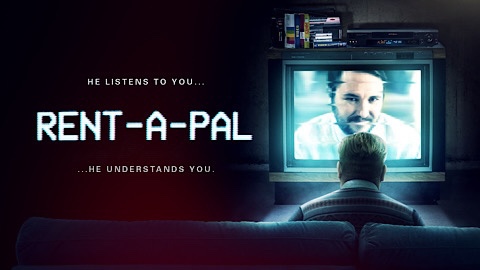 Plot Synopsis: (via IMDb)
1990: David, 40, looks after his dementia mom. He uses a video dating service to no avail. He buys a “Rent-A-Pal” video tape and things change. 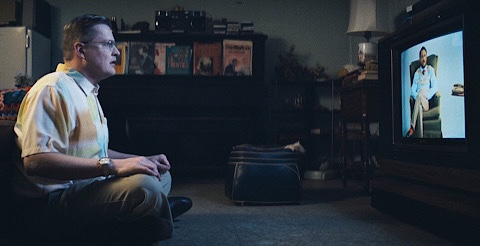 This was a weird one (although not nearly as weird as the one I’m gonna review next). As in the plot synopsis above, a lonely guy buys a videotape called “Rent-A-Pal” in which a dude named Andy says he’ll be your friend. This movie was actually quite good! It’s one of those movies that looks like a full-on horror film looking at the poster & images but it isn’t really – it’s more of a psychological thriller following a lonely man’s descent into madness. So not all horror fans are going to go for it but it’s also probably way too strange for a more mainstream audience. If you like fairly low budget indie movies (I’m just assuming it’s both of those) with a strange story, this might be one for you. And be aware that it’s nothing like Ringu before you possibly think that based on the creepy videotape thing. 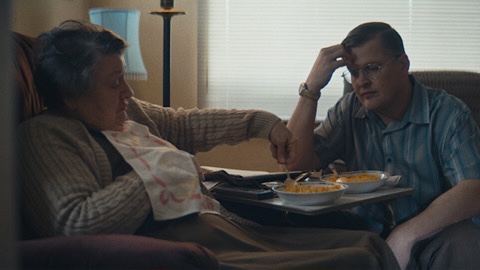 And now for a confession: Please do NOT let this make you not watch this if you’re interested as he’s great in this but I totally watched this due to my undying love for Wil Wheaton. Yeah! Wil Wheaton! You have no idea how much I adored Stand By Me when I was 12/13 and how many times I watched it (many, many times). I was completely in love with Wil and, of course, River Phoenix. And I continued to be in love with Wil as Wesley Crusher (TNG fans were horrible to poor Wesley. I loved him!!). Well, Wil is the guy in the creepy videotape this lonely dude buys. Wil’s character just “wants to be your friend”. Honestly, he’s so good in this and so creepy. 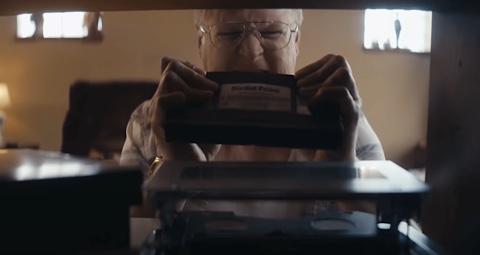 The main character is played by Brian Landis Folkins & I thought he was terrific as well. He really captured the extreme loneliness of this poor middle-aged man stuck at home having to care for his sick mother & having to rely on a “videotape dating service” to find himself a match to hopefully share his life with. But, in the meantime while waiting for a love match, he buys the “Rent-A-Pal” video and that’s when things start getting nice & weird. I admit it: I love weird movies (which will be obvious when you get to my next review). So I liked this one & it felt like a very original story. I was also surprised at just how good it turned out to be as I wasn’t expecting anything too special since I’d never heard a thing about this whatsoever, not even on Film Twitter. It’s a good character study of someone suffering from extreme loneliness & it has good performances. So, yeah, maybe not the best thing to watch if we go back into a full scale pandemic lockdown! And bear in mind that it does get a bit crazy at the end. Only watch it if you like strange films. 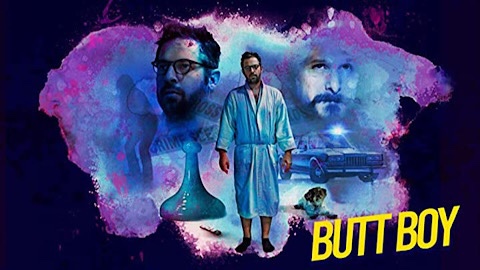 Plot Synopsis: (via IMDb)
Detective Fox loves work and alcohol. After going to AA, his sponsor, Chip, becomes the main suspect in his investigation of a missing kid. Fox also starts to believe that people are disappearing up Chip’s butt.

Hopefully you read the above plot synopsis? Yes, this movie is indeed about people disappearing up a dude’s butt.

As I watch so many movies, I get very bored seeing the same predictable stuff over and over again. Therefore, I do seek out weird movies. I don’t necessarily want to see bad weird movies but seeing a synopsis such as the one above makes me go “Yep, that sounds unique!”. I’d love to make a Top Ten of the weirdest movies I’ve ever seen but think it would be difficult as everyone will have a different definition of weird. Although I think we can all agree on this one being weird! Hmm… What could be in that list? Rubber for sure. Things like Society? Maybe. Possibly some good stuff like the movie Swallow that I watched recently? Not sure if that’s weird enough. Okay, I want to make this list someday! Now onto Butt Boy…

This actually isn’t a bad movie. As far as, I dunno, production values or whatever (I don’t know anything about filmmaking). But it looked good (as in, it didn’t seem really low budget or anything) and I remember thinking the score was interesting & fit this bizarre movie well. The acting was perfectly fine too. And, yeah – I really wanted to know what was happening to everything (and everyone) going up this guy’s butt. I also liked the character of the detective (even though he totally reminded me of an ex-boyfriend). He’s mysterious and you can tell he has some tragic backstory and he’s very determined to prove his theory (that, you know, people are disappearing up that dude’s butt!).

Well, I don’t know what else I can say about this. It’s the type of movie I can’t exactly recommend. You’ll either look at that plot synopsis and go “Hell yeah, I’m watching that!” or “WTF kind of weird ass shit does this chick watch? I’m never reading this blog again”. Seeing as we’re all movie bloggers, though, I’m sure a few of you might check this out (Film Miasma!). Also, I should say that the pay off is pretty good in the end (Haha! In the end! Literally!). This movie builds very slowly and then you get a great END (Ha! I said end again). Well, either it’s a great ending or a horrible ending depending on your opinion of it. A fucked up ending may be a better way of putting it, which is exactly what I wanted from a movie about people disappearing up a guy’s butt. I’m rating this half a point more for the truly original story idea.

**I should add that I looked into the director of this film a bit (Tyler Cornack – he also stars in this as the guy sticking junk up in his trunk). Turns out he has a YouTube channel of all kinds of weird & wonderful very short films (an original short Butt Boy being one of them). I’ve not had a chance to check any out yet but the link is HERE if you’re interested. Actually, I don’t know how to add a link to a channel because I’m an old person but that link brings you to the trailer for the channel & the channel is called Tiny Cinema. I’m intrigued…