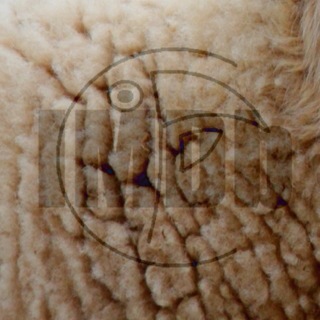 Today’s IMDB Top 250 Guest Review comes from Niall of Raging Fluff. He also reviewed North By Northwest HERE and Gladiator HERE. Thanks so much for the reviews, Niall! 🙂 Now let’s see what he has to say about The Silence Of The Lambs, IMDB rank 24 out of 250…

Summary: In order to catch a serial killer, ambitious FBI-Trainee Clarice Starling enlists the help of another sociopath, Hannibal Lecter, who only helps her in exchange for revealing personal information about her childhood.

Directed by Jonathan Demme. Screenplay by Ted Tally. Based upon the novel by Thomas Harris.

***SPOILERS THAT WILL HAVE THE LAMBS SCREAMING***

Oscar trivia buffs know that only three movies have won The Big Five: Best Picture, Best Director, Best Actor, Best Actress, Best Screenplay. The three films are It Happened One Night, One Flew Over The Cuckoo’s Nest and Silence of the Lambs. It’s easy to see why the first two swept the Academy in their respective years. The Gable-Colbert comedy represents the very best of 1930s sophisticated – and risque – romantic comedy; it is sexy (legend has it that sales of men’s undershirts plummeted when Gable strode around bare-chested); and it has a madcap heiress at a time when films about the rich were a Hollywood staple (you don’t see many madcap heiresses these days). The Milos Forman film about inmates of an asylum bucking against the system and falling foul of authoritarian Nurse Ratched caught the pessimistic mood of the 1970s; it’s as much about Vietnam and violence in the ghetto as it is about mental illness (perhaps even more so). 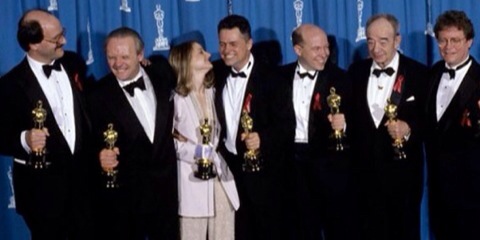 At first glance it’s less clear why Silence of the Lambs did so well. Firstly, the film was released in March, and conventional wisdom has it that only films released in the brief run-up to Christmas get Oscar’s attention. Secondly, its director had a small and devoted following but was hardly a mainstream name, and he made offbeat, quirky comedies (Married to the Mob, Something Wild ), not suspense thrillers. Thirdly, while Jodie Foster was a hot property after her Oscar-winning turn in The Accused, her co-star was essentially an unknown to most mainstream audiences. If Anthony Hopkins was recognised at all, it was probably as that guy from The Elephant Man (not the one under all the makeup, the other one). In fact, as is widely known, Hopkins was nobody`s first choice for the part. A lot of others turned it down first, including Gene Hackman, and I think that Hackman would have done a good job. I don’t know how it ended up on Hopkins’ desk; Hollywood had not been that good to the Welshman – he was stuck in garbage like Hollywood Wives, and he had a reputation as a difficult actor (perhaps deservedly so: for many years he was an angry boozer). Fourthly, the Thomas Harris novel had been a bestseller: would the film be faithful to the book? Finally, its subject was really quite gruesome, and the marketing people must have scratched their heads trying to figure out how to sell it. A man who kills and skins women? Another who eats his victims? And the cannibal and the FBI chick have a weird kinda-sorta romantic connection? Ew!

As we all know, of course, they needn’t have worried. The film was a huge success and made the 50-plus Hopkins a character-star. I think he’s splendid in the part, but I’ve never understood why he wasn’t up for Best Supporting Actor, considering how little time he spends on screen (less than twenty minutes out of a two-hour movie). As for Foster, well, the cinema hadn’t had a truly strong female protagonist in a while, and it hasn’t had many since. Her performance is note-perfect; there isn’t a false moment in it. There’s a marvellous moment at the beginning when she steps into a lift and is surrounded by men: she’s tiny and she looks to be years younger than her classmates – how on earth can this little girl hope to catch a psychotic criminal?

The film also started a regrettable trend in Hollywood for serial killers (a trend that has produced very few truly decent films) and a much over-used trope: the genius bad guy. Even more regrettably, Thomas Harris and Hollywood didn’t know to leave well enough alone. Hannibal Lecter would appear in two further novels (one good, one awful). While the latest incarnation of Lecter on television has garnered all sorts of praise, critics and audiences were less impressed with Ridley Scott’s Hannibal (Foster refused to be part of it) and Hannibal Rising.

And before we move on, let’s not forget the elephant in the room: Brian Cox. The Scottish actor was in fact the first Lecter – in Michael Mann’s very stylish Manhunter (based on the novel Red Dragon). Cox only has a couple of scenes, but he’s terrifying, mostly because he appears to be so ordinary. It’s a far less baroque take on the character than what Hopkins does with it. 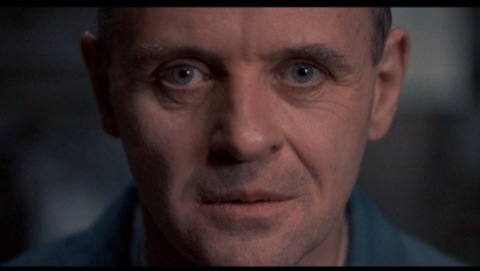 Hopkins’ inspiration for Lecter’s distinctive nasal tone was, of all people, Katherine Hepburn. Everyone remembers Starling’s first encounter with Lecter: after enduring the oily attention of sleazebag Dr. Chilton, she walks down a long, dark stone hallway, a setting that would not look out of place in a gothic horror, the psychotic Miggs hissing obscenities at her … and then we see Lecter, standing perfectly still and bathed in light in the middle of his cell, a strange smile on his face. Then the whole bit about her perfume, his ridicule of her accent and bad shoes, the census taker’s liver, the nice chianti … fffffsssfffssssfffsss

Silence of the Lambs has a very different look and feel to Manhunter. Mann’s palette has bright colours, pastels, sunshine, a lot of white (Cox is in white prison garb in a white cell under harsh flourescent light), and much of it takes place in a slick-looking Miami (Mann created Miami Vice). Demme’s film has a wintry look (bare trees, strewn leaves) and drab and dreary settings (unkempt and kitschy homes in shitty small towns). The cinematographer is Taj Fukimoto. The sombre score is by Howard Shore. 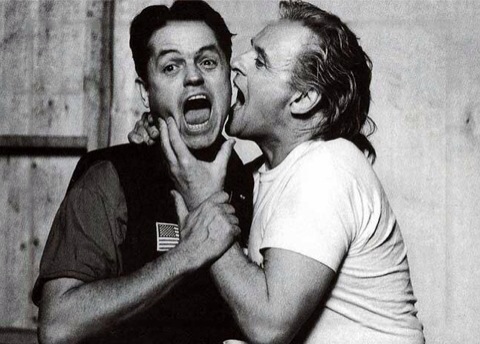 Considering its subject, the film is rather restrained. The most frightening moment in the movie is when Chilton shows Starling a photo of one of Lecter’s victims, and we don’t get to see it; all we see is the look of horror and revulsion on Foster’s face. Demme makes some very interesting choices where to point his camera, and there are a lot of point-of-view shots, and they can be unsettling. That is deliberate, because at its heart this is a film about coveting: about seeing and wanting what we see, and it’s also about what it feels like to be a young attractive woman who has to suffer men’s eyes roving all over her. Demme would go on to use a similar technique in Philadelphia with less effect.

I think the film does have some missteps, and they’re mostly to do with editing. The suspense of Lecter’s escape is dissipated by the fact that Demme chooses to focus too long on the bloody but still alive figure of “Pembry” lying on the floor. Five seconds into a scene that should be about fear and confusion and cops on the hunt, and the audience has already guessed that it’s Lecter on the floor, which kills the surprise in the ambulance. Similarly, when Starling gets to Jame Gumb’s house, the film uses a cliche cross-cutting device between where she is and where the other agents are (different house, different city). 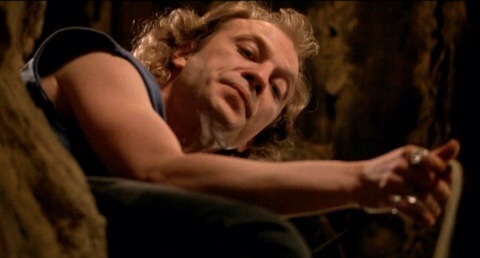 I haven’t even talked about Ted Levine as Buffalo Bill. There are two things of note to remember when you watch him in this. One, this is the guy that played the bluff police captain in Monk. Go watch an episode and see if you recognise him. Two, Levine maintains he was better in the audition than he was in the film. Can you imagine how creepy he was in the audition? Considering all the attention the film received, it’s a shame Levine didn’t even get a Best Supporting Actor nod.