I have my May Roundup post ready but ended up with two more reviews that were a bit too long for a “summary” post. So here are two final quick reviews of movies I watched in May before I post the full list of 26 movies tomorrow.

Based on Israel Rank: The Autobiography of a Criminal by Roy Horniman

Plot Synopsis: (via IMDb)
A distant poor relative of the Duke D’Ascoyne plots to inherit the title by murdering the eight other heirs who stand ahead of him in the line of succession.

This was a fun film. I don’t really have any experience at all with the classic Ealing Studios films (I think this is my first?). I have an excuse, I suppose, as I didn’t grow up in England and there are still loads of British movies I’ve not seen. I’d have to say the older British films are probably more my style and I really enjoyed this one, although I’m worried I may have started with their best? It seems the most well known, anyway. And Alec Guinness was a delight in this. Anyone who knows anything about this movie at all will know all about him in this but, as I’m sure there are still some who know nothing about the film, I won’t say much.

This is a black comedy and it was amusing to see the different ways in which the main character kills off his estranged family so that he can become the Duke. The family all had fun & very different personalities. Suffragette Lady Agatha D’Ascoyne was the best and I wished we could have seen much more of that character. Also really liked photographer Henry D’Ascoyne, one of the nicer family members who just likes to have a drink now & then. There are also a couple of love triangles going on and some good back-stabbing & murder mystery twists.

This was a very enjoyable film so I’m going to check out The Ladykillers next from the Ealing Studios filmography. I’ll happily take any recommendations of other classic British films I may have missed! I think The Archers Powell & Pressburger films may be even more my style based on the gorgeous Black Narcissus that I watched this year & the masterpiece A Matter Of Life And Death which deserves WAY more attention than I think it received outside of the U.K. Oh, and I’d love classic British horror recommendations! Dead Of Night was fantastic. And, shamefully, I’ve never seen a Hammer Horror. Shocking as a horror fan.

Based on Seconds, a novel by David Ely

Plot Synopsis: (via IMDb)
An unhappy middle-aged banker agrees to a procedure that will fake his death and give him a completely new look and identity – one that comes with its own price.

Been meaning to watch this for years as it sounded like it could be a creepy movie with a Twilight Zone type of story, which is exactly the sort of thing I love. And it was that kind of thing! Sort of. Although I think The Twilight Zone actually had better stories & told them brilliantly in much less time.

You know I honestly don’t think I’ve seen a Rock Hudson movie before this one?? That’s pathetic. I do need to watch more old films but can see why this is what I’d go for of his stuff. I do love the weird movies! (But this is nothing compared to Butt Boy which I watched the other week). I liked the story in Seconds although, having grown up on these exact kind of stories & loving twists, it was pretty easy to predict. Still absolutely worth watching, though, if you like this kind of thing. It’s still so much better than Black Mirror, which I did enjoy some of but mostly just found it to be inferior to the shows that came before it & felt much more original than Black Mirror did.

This movie does a good job of capturing the whole “middle-aged man with perfectly fine life has a mid-life crisis & wants to start over” thing. It also explores if that would really make people happy if it was indeed possible to start over. Was this only offered to men in this movie?! Seemed to be. Typical! I think just as many women want to start over (if not more). The movie maybe could have done with a little more focus on his previous life for us to really understand what he gave up but it still got its point across. And it made up for a slight lack of character development by having a full-on naked grape-stomping orgy thrown into the middle of the film. Hell yeah! Where did that come from?! God I love when an old film throws something wild in there. Forget Blue Öyster Cult – Seconds has Purple Grape Örgy Cult! 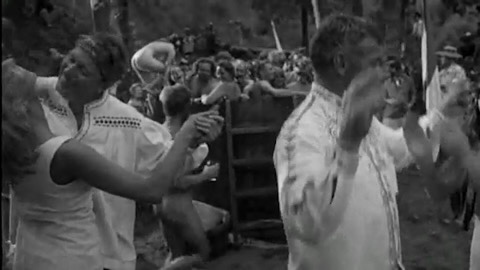 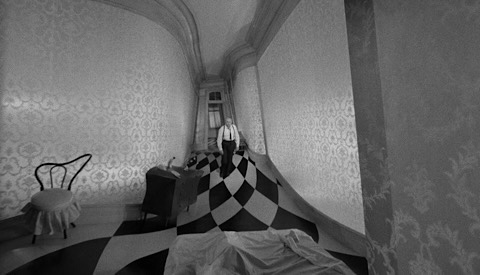