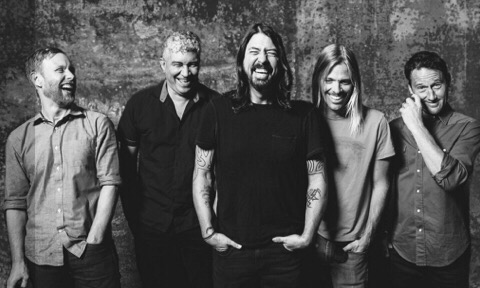 Happy (early) birthday to Dave Grohl, who’s turning 48 on Saturday. Who doesn’t love Dave Grohl? If you hate Dave Grohl, we can’t be friends. I’m allowed to marry Dave Grohl, if he’ll have me. My hubby agreed to that once. What do you say, Dave??? 😉

I’ve always had a thing for talented music dudes & Grohl is one of the best. He’s consistently made brilliant music with various bands but it’s his Foo Fighters stuff that I like the most. I’ve lost touch with music in the past several years where life has gotten too busy plus I suppose I spend any free time I do get on this blog & on movies instead of music. So I admittedly only know the singles from recent albums. It was fun putting this list together, though, as I hadn’t listened to a lot of these songs in a long time. I need to get back to listening to music more often – I don’t do it enough these days. I envy people who to get to listen to music all day while they work.

It wasn’t easy to decide on the order for this list but the top two are definite and I can’t see that ever changing – I adore those songs. As for the rest, they’re all so good that I couldn’t leave them out so I’ll count down from 20. They’ve never had a bad song, which can’t be said of many bands. Here are My Top Ten Foo Fighters Songs: 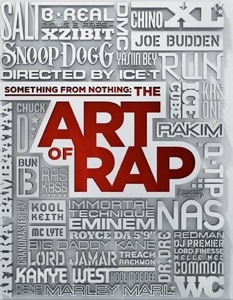 I’m a 30-something & the 80s are my era. I’m now one of these old people who hears current music on the radio & goes “What is this SHIT? This isn’t music!”. Especially with current rap (I mean…. Lil Wayne… What’s THAT all about?!). Then I remember my Grandma saying the exact same thing years ago when hearing Run-DMC on the radio & I think “Crap. I’m old. Because Run-DMC were GOOD. Maybe Lil Wayne is good too but I’m just old & not with the times?!” Someone please tell me that I’m not old & just have good taste… 😉 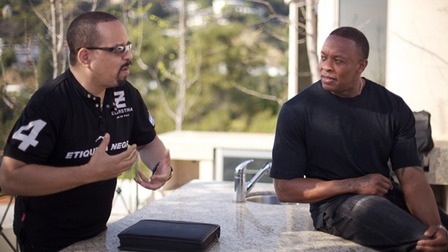 I’ll start this review by saying that I have VERY little knowledge about rap. I like various types of music – it depends on each individual song – but the majority of what I like has always been rock & indie, especially the more classic rock of the 60s, 70s & a bit of the 80s. Favorites are things like Iron Maiden, Radiohead, Jimi Hendrix, David Bowie, The Beatles, anything with David Byrne singing… I could go on & on. When I do like current music I’ve realized that it’s usually when it sounds like my favorite OLD music (The Black Keys, Tame Impala, Wolfmother). So this review is coming from a girl who wouldn’t exactly consider rap to be her favorite genre. Okay – I’ll stop blathering on about the music I like & get on with this review now! 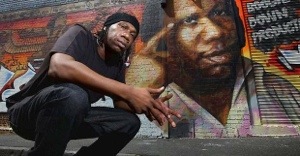 Something From Nothing: The Art Of Rap was directed by Ice-T and co-directed by Andy Baybutt. It focuses on the skill involved in creating & performing rap verses. I think this documentary is really aimed more at the true rap fans – it didn’t give me the in-depth history of rap that I was hoping for since it’s something I don’t know a lot about. It’s not a documentary about the older music that influenced rap artists in the first place & how rap music came about (other than each of the rap artists in the documentary talking about OTHER rap artists who had influenced them). What about mentioning all the great original songs sampled in rap? None of this is the fault of the documentary, though – it’s not about the “history” of rap, it’s about the “art” of rap as the title states. I’d just not really read a synopsis beforehand. 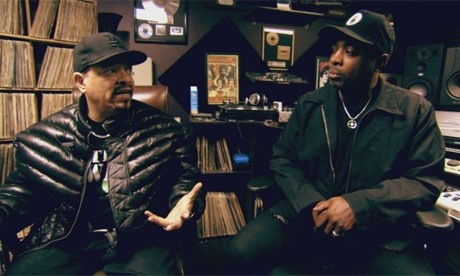 It’s worth the watch just for the fact that they managed to get A LOT of famous rappers together for it. I’d at least heard of maybe half of them even if I don’t really know their stuff – the hubby did get annoyed at how I kept going “who’s that??”. Grandmaster Caz is the one featured the most in the documentary as Ice-T puts him on the spot & gives him 20 minutes to write & perform a rap based on the Art Of Rap documentary. This requires weed! 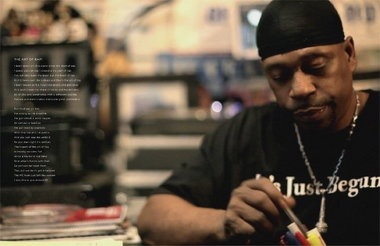 Actually, I think it’s worth mentioning all of the rappers featured in the documentary – here’s the full alphabetical list from IMDB of those involved: 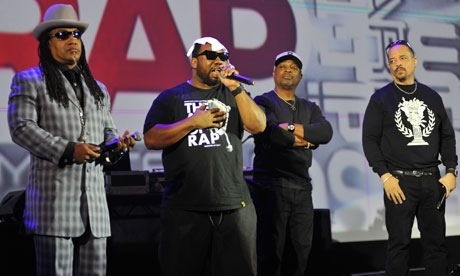 I’d recommend this documentary to anyone who has enough of an interest in rap music and I’d definitely recommend it to anyone who sees rap as a true art form & would be impressed at all the on-the-spot rapping Ice-T asks each of them to do. I’m sure there’s a lot of skill involved in doing that – I know I sure as hell couldn’t do it! If you have little or no interest in rap in the first place, though, it’s unlikely you’d find this documentary very interesting or suddenly have a profound understanding of and love for rap after seeing this.

Seems to make sense to include some music at the end of this review so here are some of my rap favorites:

A Tribe Called Quest – Can I Kick It?

To be taken seriously, I’ve resisted the urge to include Digital Underground – The Humpty Dance…. Oh screw it – here it is! :-p

And, finally, an old clip that I still find hilarious 🙂

No, wait! I have to end this with The Wedding Singer’s rapping granny. Love her! 😉