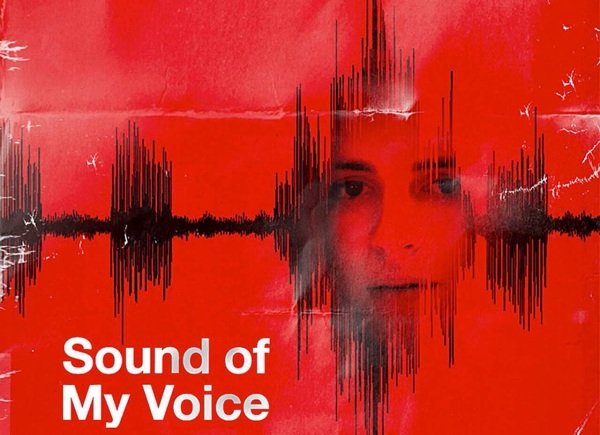 Plot Synopsis:
Peter (Christopher Denham) and his girlfriend Lorna (Nicole Vicius) decide to join a mysterious cult being led by Maggie (Brit Marling), who claims to be from a dystopian future & has come back to select a special group of people to lead into this future. Peter & Lorna plan to do a secret documentary that will expose Maggie as a fraud but they each start to have various doubts about Maggie & how far they’re prepared to go. 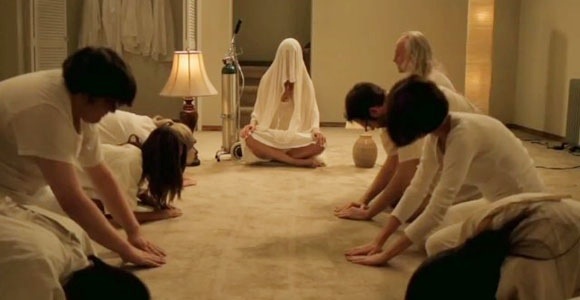 So, anyway – a couple (Christopher Denham & Nicole Viciusare) are doing an undercover documentary on cult leader Maggie (Brit Marling), who claims to be from the future. They want to expose her as a fraud but both start to have some doubts as to how far they should go as they get more & more involved in this strange cult and even start to maybe have some doubts as to whether Maggie really IS a fraud. The actors playing the couple were both fine – they had pretty simple roles that could have been played by anyone, really, but the girl had a very interesting looking nose.

Brit Marling is definitely the star of this film, just as she’s the “star” for those in her cult who have been persuaded to believe her crazy story. She does have a certain sort of charisma or a certain “something” that helped make her believable in this role. She has a kind of vulnerability that worked really well in Another Earth and also works well here, combined with an underlying strength that almost makes her a little scary as she plays a series of psychological mind games with her followers to test their loyalty.

The story is okay. It’s a very short film & I thought it ended quite abruptly. I don’t know if it’s true or not but I read somewhere that there was meant to be a sequel and it does feel that way. You get a conclusion of sorts but it’s one left up to interpretation so, if you don’t like that sort of thing, you may want to skip this one. I don’t mind an ambiguous ending, though, so I was fine with that – I just didn’t like that it felt incomplete. I don’t know if the movie really explores cult mentality or anything like that – I still don’t see how anyone can get sucked into those things no matter how influential the leader may be. And, here’s a warning: There’s a puking scene I couldn’t watch. Oh man – I CANNOT handle puking scenes! There has only ever been one good puking scene in the history of film (Stand By Me). And the one in Sound Of My Voice was sick – I hate that you can’t even close your eyes during puking scenes because you still hear all the retching and… Urgh!!! Gross. I have to admit that I’m a wuss on that and it’s probably affected my overall rating for this film.

Sound Of My Voice is an interesting film with a good idea that I don’t think is explored very well in its 85 minute running time. It feels incomplete and the ending is abrupt. However, I still think Brit Marling is a talented writer & actress based on this film & on Another Earth. I would still recommend this film to those who like these sort of slow paced independent movies but I’d recommend Another Earth first because I think that is a much more solid film. 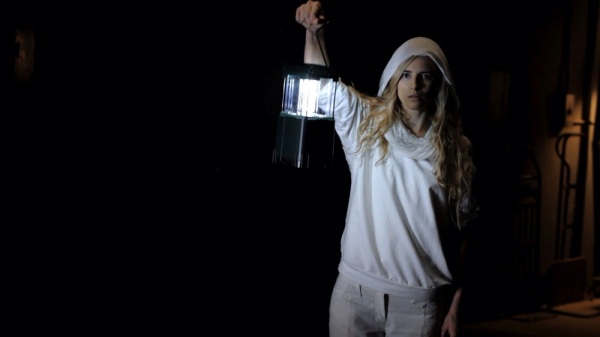 I should point out that the the director’s (Zal Batmanglij) brother (Rostam Batmanglij) did the score for Sound Of My Voice. Rostam is in Vampire Weekend (Don’t ya hate talented families?). Anyway, I shouldn’t admit to this as I was a (wannabe?) metalhead in my youth but I do like a bit of Vampire Weekend even though it’s all a bit “preppy” for me. I still think this was their best song: