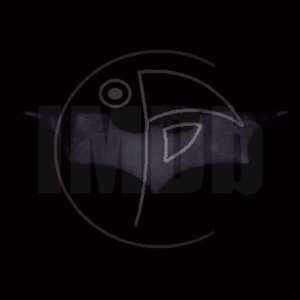 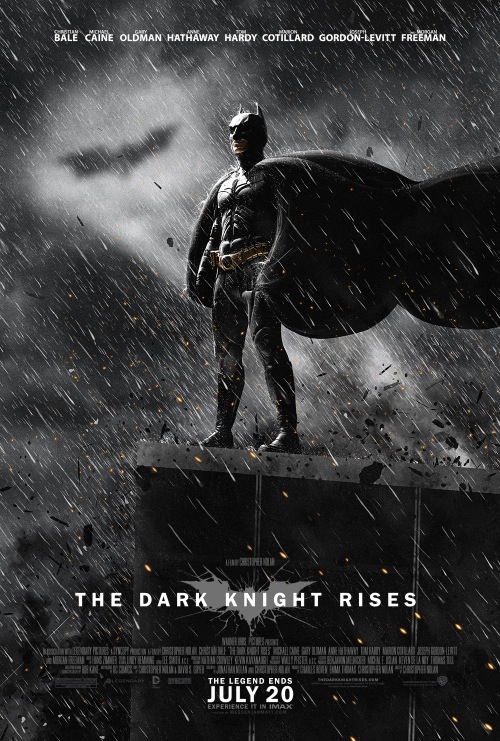 THE DARK KNIGHT RISES: THE REVIEW

The Dark Knight Rises has taken a bit of a beating recently. I admit that there are so glaring plot holes in the story that not even rasping ‘Because Batman’ can truly fix. Fans, after being euphorically lifted by the magnificence of the Dark Knight, were left underwhelmed at the finale in the Dark Knight trilogy. These reactions all surprised me, because, in my books, The Dark Knight Rises is the best Batman movie to date. 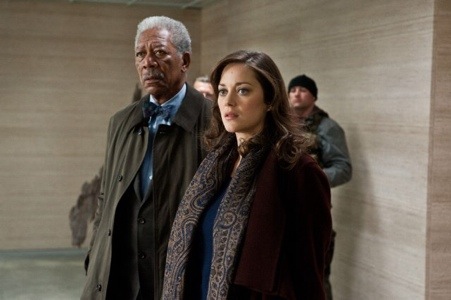 Look past the plot and you realise that Nolan’s aim is creating a more thematic conclusion to the trilogy. This is about every Batman fan’s number one question: when does it end? Does Batman simply hang up the cape one day or does he die in the line of battle? Nolan opens his story with a Gotham no longer in need of a Batman. Dent’s death inspired the Mayor to create a tougher police force, wiping organised crime from the city. The Batman faded away, believed to be a murderer. However, just when the city had gotten lazy, anarchist Bane arrives in the town and uses the luxury of the rich to turn Gotham in on itself. Batman, fuelled by past glories, returns and is quickly subdued. Gotham surrenders to the rule of Bane and Batman is a thing of the past. Christopher Nolan keeps the tone measured perfectly, always hitting the correct notes, whenever he needs an emotion card to be played. When he wants us to feel despair, we have our hearts in our mouths. When he wants us to feel sadness, we feel our throat choking up. And when he wants us to soak in happiness and the awesomeness of seeing the Dark Knight back in action, we are in the palm of his hand, letting the guy who remastered the mythology of the Batman, show us how good cinema can actually be. 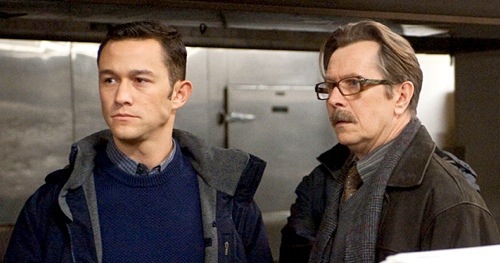 The biggest complaint that I heard of the Dark Knight Rises is a very slow middle act. Batman disappears from the plot totally and we get the story of freedom fighters, struggling to take the city away from the all-knowing Bane. Sure, it does feel a little jarring, when we are given break-neck action, only for Nolan to hit the brakes and leave us out in the cold. But, it is all for a good reason. For one, it makes us feel the absence of the Batman. The tone is kept grim and despairing as we realise that, in ending the trilogy, anything could happen. It also means that when the Batman returns, it is one of the most uplifting movie moments of 2012. The second reason for letting Nolan slow the action right down is that the supporting cast are given precious moments to look cool. Gary Oldman, always threatening to steal the show from everyone else, gets a much larger slice of the action. Newcomer Joseph-Gordon Levitt shows himself as one of the newer action heroes on the block. Looking at the trilogy on a whole, this is a refreshing change of pace and lets every card get played, rather than letting certain sides of the story get lost for a more mainstream style of blockbuster. 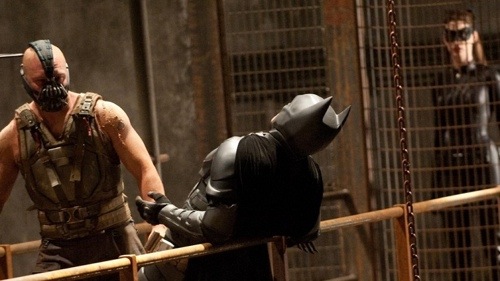 Another great addition is the villains. Bane has always had a rough deal in the Batman universe, going from the most cold-hearted mercenary in comic history and being resorted to a slapstick thug in ‘Batman and Robin’. Even the games, which have a habit of showing most villains in a positive light, turn Bane into a junkie. Here, on-the-nose casting lets Tom Hardy bring Bane back to one of the most intimidating figures in the trilogy. We have had some great nemesis figures for Batman to face off against, but none have come as close to victory as Bane. The Joker may have broken Batman’s spirit, but it was Bane that actually broke his body. Also, Nolan takes my least favourite villain, the Catwoman, and makes her relevant to the story. She actually makes sense and, while she still sticks out like a sore thumb at certain beats, her addition eventually becomes a key part of the conclusion. There is one more bad guy here, but the less said about that the better. The thrill is in the mystery. 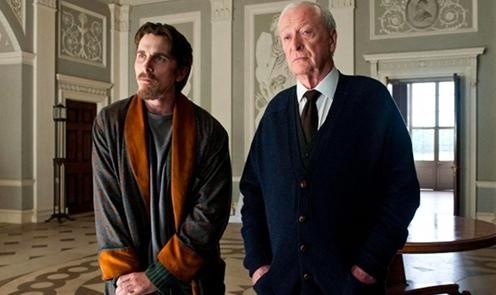 I could rave about how the massive moments really send the Dark Knight Rises into the history books. The final fight on the streets of Gotham, the first fight between Batman and Bane, the heart-breaking explosion over the waters of Gotham… But it is the smaller beats that really make the film. My favourite moment is when Alfred confesses his secrets to Bruce Wayne. It is the quiet disappointment of Christian Bale that gets to me. He is too far gone to break down, but we can see the exhaustion in his eyes, the losses he has faced destroying his soul. This is a man on the way to his deathbed. Easily forgotten, but another testament to how impressive Christopher Nolan’s depiction of the Batman really is.

Final Verdict: Yes, I’m giving every Dark Knight movie five stars. Why? It is the greatest movie trilogy of all time and that’s not an easy competition to win. 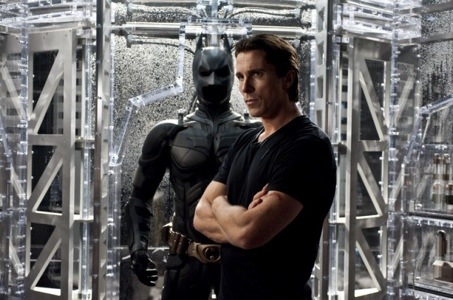 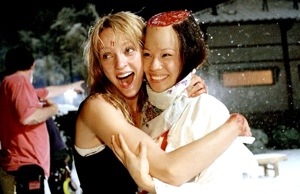 Kind of neat seeing these. See all 12 here: So Bad So Good 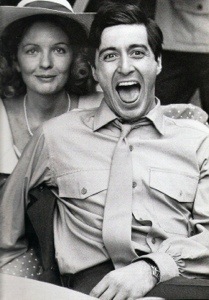 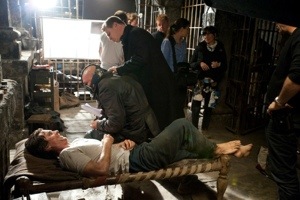 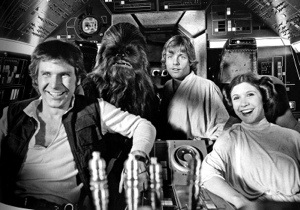