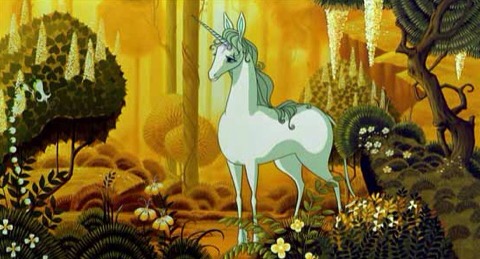 Well, it’s the first Sunday of the month so I thought I’d review my blog’s stats for August. It was my biggest month for views in the almost three years since starting my blog, which is cool as it’s felt like everyone kind of disappeared over this summer. Where is everybody?! Hope you all had lovely summer vacations. 🙂

Here are the stats I enjoy looking at the most – My Top Viewed Posts For August: 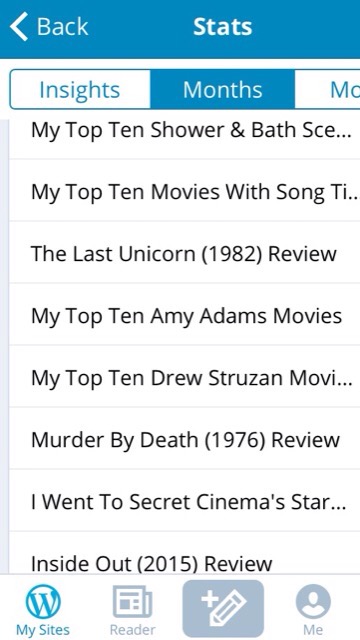 Well, My Top Ten Shower & Bath Scenes In Movies post is never going to die – I posted that in 2013 & it’s in my Top Posts every month. Pervs.

What I’m always happiest about is when I review something slightly more obscure & end up getting a huge response from people who either wish to add how much they love that movie or from people who had never heard of it & are now very interested in seeing it after my (stunningly well-written) review. 😉 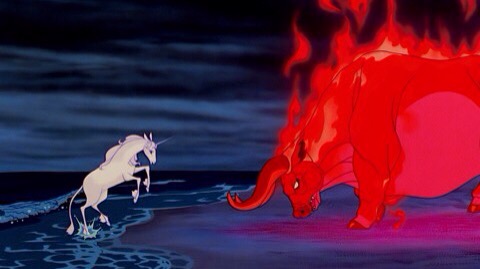 There were two posts like that in August. One was my review for The Last Unicorn, a strange little animated Rankin/Bass film from 1982 that was animated by those who later went on to form my beloved Studio Ghibli. It’s very of its time & has a totally 70’s-easy-listening soundtrack with songs by America plus big-name voice talents such as the always cool Christopher Lee as the “baddie”. It’s strange & beautiful and lots of bloggers, male & female, stopped by to say how much they love that movie. 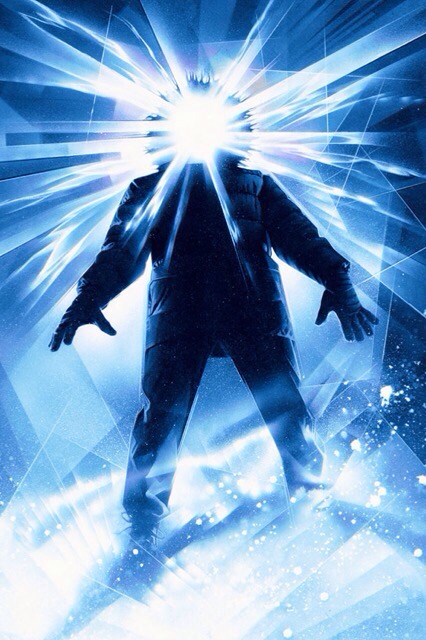 The other post that got a lot of attention was My Top Ten Drew Struzan Movie Art Pieces. I love movie poster art & thought Struzan was more of a household name but after I reviewed the excellent documentary about him (review HERE), it was obvious many bloggers weren’t aware of him. When I did my Top Ten list of his movie art, people became far more interested when they saw just how many iconic posters he created (Back To The Future, various Star Wars special editions, The Thing, etc etc). 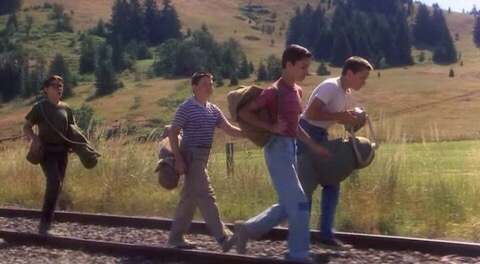 Finally, my biggest post of the month (after that old shower/bath post) was My Top Ten Movies With Song Title Titles. I had a lot of fun putting that list together so was very happy to get so many comments on it. I’m glad I finally got up off my bum & started posting these top ten lists every Thursday. I have a lot of them – I just need to get the time to put the posts together each week! I’ll try to keep it up. 🙂

Now onto the always entertaining (and pervy) Top Search Terms For August: 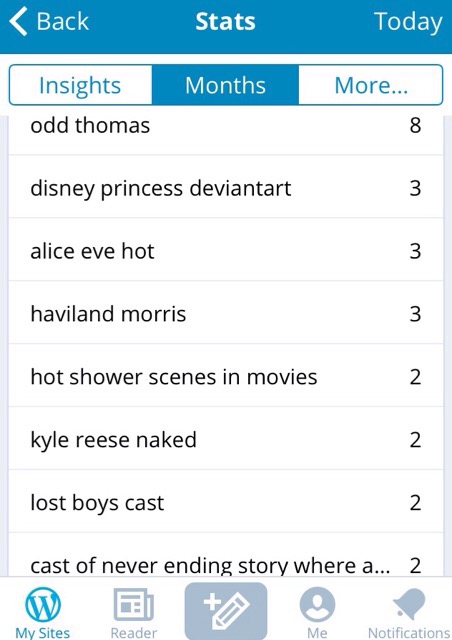 “Alice Eve hot” AGAIN?! Every damn month that pops up! And I don’t think a day goes by where I don’t get at least one view of my old Odd Thomas review & I know it’s just because the actress in it, Addison Timlin, wears extremely revealing panties. Pervs. But… Kyle Reese naked?! I wish! Unfortunately, I have no nude photos of Michael Biehn. 😉 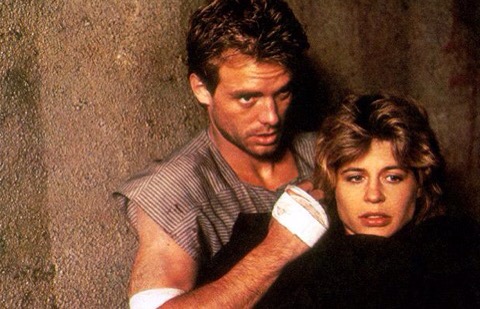 Let’s see… Haviland Morris? The popular bitch from Sixteen Candles? Wonder who was searching for her… Not Jake Ryan! Ha! Interesting that people were looking for current photos of the cast from The Lost Boys & The NeverEnding Story (don’t click on that – you may ruin your childhood looking at Barret Oliver now). Looking at those posts, I’d forgotten I did this Lost Boys haiku. I like it!: 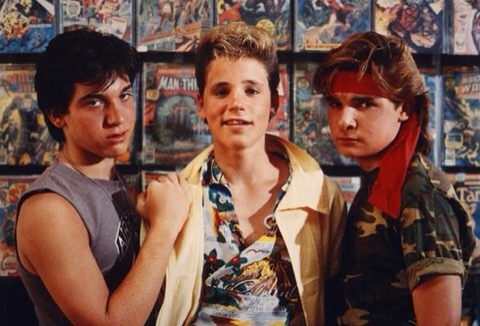 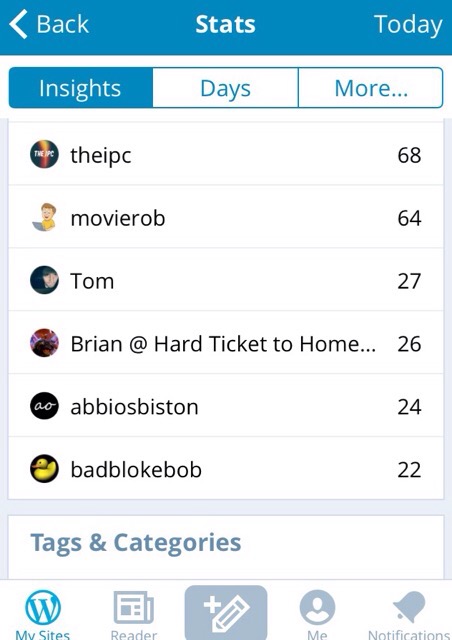 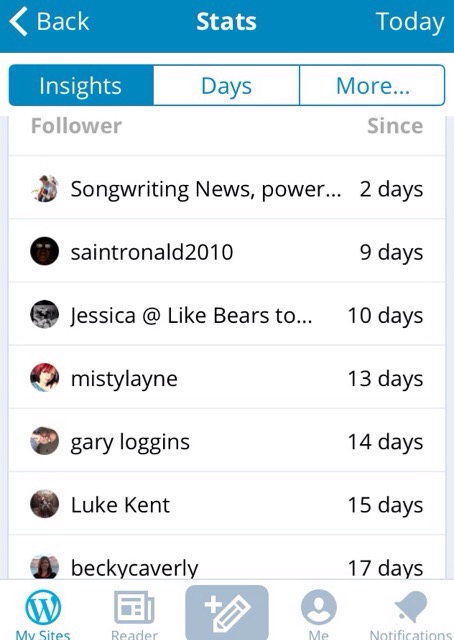 I can’t believe it’s already September. But I must admit that I can’t wait for this month to finish so that I can start posting nothing but horror movie reviews & other horror-movie-related items through all of October. And I love reading all the horror reviews on other blogs, which is weird as it’s hardly my favorite genre! I’ve been watching horror films since July to prepare. And, man – have they sucked! I’m hoping to watch a few good ones by October. So far, this is the only one I’ve enjoyed in the slightest: 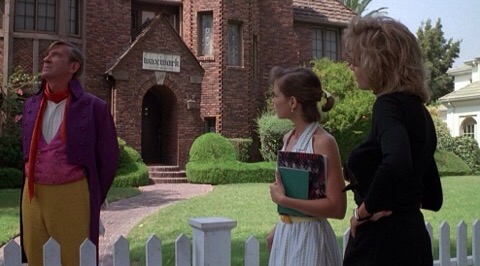 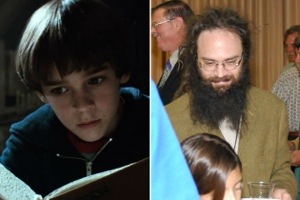 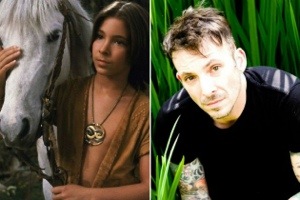 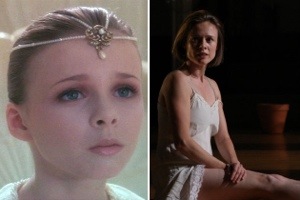