I wrote about the godawful indie-nightmare Crystal Fairy & The Magical Cactus for the now-famous Shitfest over at Isaacs Picture Conclusions.

You can read my review HERE. Warning: Things get a little hairy…

Plot Synopsis: (via Wikipedia)
The film’s plot revolves around a teenage girl named Elissa who, along with her newly divorced mother Sarah, moves to a new neighborhood only to discover that the house at the end of the street was the site of a gruesome double murder committed by a girl named Carrie Anne who disappeared without a trace. Elissa then starts a relationship with Carrie Anne’s brother Ryan, who now lives in the same house.

Well, this was a load of shit. That was easy! Review over. 😉

Okay – I suppose it’s not the absolute worst “PG-13 horror” EVER but when you’re old like me & you’ve seen a million movies, you like to see something that feels at least somewhat original. The “surprise” ending was soooo NOT surprising – it’s been done before and done much better. Honestly, the ending is just plain stupid and almost felt like an insult to the audience. However, maybe I’m just too old & bitter. A young teen who hasn’t watched many movies like this may like it okay and not say “Really?! Oh, fuck off!” to the screen at the end. (Yes, I did tell this movie to fuck off)

I knew this was meant to be pretty bad but I figured I’d check it out anyway as I like Jennifer Lawrence okay and have loved Elisabeth Shue since my teenage obsession with Adventures In Babysitting. I know Shue has been in some dodgy shit in recent years but what’s Lawrence doing in this?? Well, both actresses do the best they can with the material, I guess. Lawrence’s character of course doesn’t listen to her mother’s warnings and keeps hanging out with Ryan, the son of the murdered couple who used to live next door (and possible psychopath??? who knows! and who the fuck cares!). This is just one of those movies where the characters do stupid things that annoy you. I was bored. I was only half paying attention at the end and ended up thoroughly confused over a couple of things but couldn’t be arsed to rewind and rewatch. So I filled in the gaps reading Wikipedia. Yeah, I didn’t miss much – the story was still shit!

This sucks. A boring and thoroughly unoriginal example of PG-13 horror BLANDNESS. Ugh. I don’t recommend this unless you’ve never ever watched another movie in your life. If this is the first movie you ever watch, maybe you won’t be able to guess what will happen pretty much every step of the way. However, if you’ve never ever watched a movie before, it would make me really sad if you started with this one! So, yeah – I guess I don’t actually recommend this to anyone.

**I saw this great YouTube video recently called “WTF Happened To PG-13?” that I thought would be good to share now. I know I’ve said before that I’m a wuss on extreme violence and am sometimes happier with my “PG-13” horror films. However, I hate how the rating is too often used just for BAD teenage horror and often also as an excuse to release some “uncut” version later on DVD. The video shows how PG-13 used to push the boundaries of the PG rating and nowadays, instead, it’s used water down R-rated films and turn them into “PG-13 Blandness” like this. Anyway – it’s an interesting video if you want to check it out. 🙂 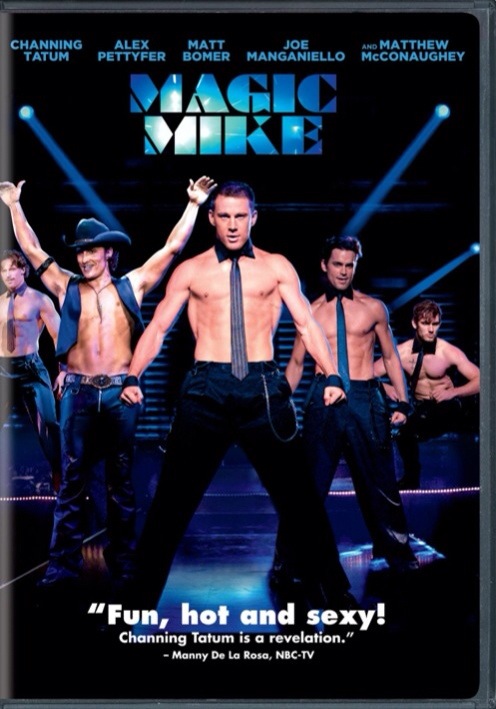 You may be aware that The IPC was taken over this week by these lovely ladies: Zoe, Smash, and Cara (or should I say Miguel?? I don’t want to piss him off!). 😉

Anyway, Eric kindly agreed to let me take over today. The fool! So I posted about a shitty movie full of half naked men. You can read my review of Magic Mike HERE. 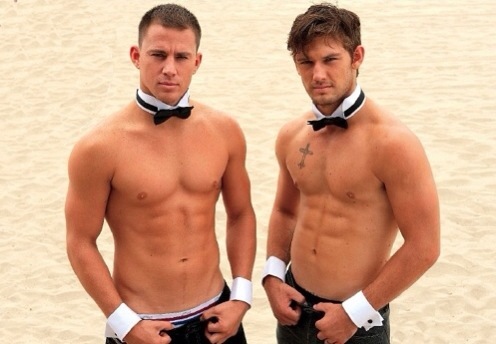 Thanks to Eric at The IPC for letting me participate in Shitfest 2013: Fall. I think. I mean, I watched The Hottie & The Nottie… It wasn’t easy! Review HERE.

Seriously – check out his site if you haven’t already. His movie reviews are hilarious and always a fun read. 🙂