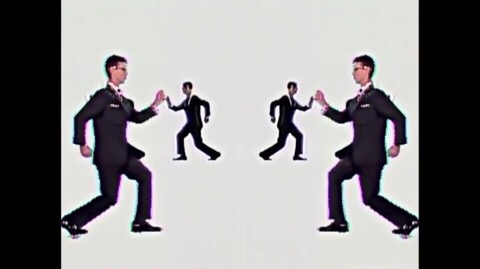 Today’s video is Once In A Lifetime by Talking Heads. Because it’s one of the all-time greatest songs.

Screw it! I’m not going to keep saving up my favorites. I won’t have this blog forever so I might as well post the best stuff sooner rather than later. If I were forced to choose only a handful of “Desert Island Discs” songs, this would easily make the list.

I’ve always loved this song but wouldn’t say I was a huge Talking Heads fan until a little later in life. What I really love is David Byrne’s awesome voice. He’s done loads of great guest vocals as well. Two favorites of mine are X-Press 2’s song Lazy and especially Toe Jam by The BPA (aka Fatboy Slim). THAT has SUCH a great video! I’ve badly wanted to feature that one of these Fridays but it’s one of those age-restricted YouTube videos. I’m not sure why – is there a dirtier version I don’t know about? I saw it plenty of times on TV. I know it features naked people but their naughty bits are strategically (and geniusly!) covered…

I’d like to know more about Byrne but never can force myself to read much about people, even though he seems like a massively interesting guy. I’ve had his book, How Music Works, sitting on a bookshelf for ages. I doubt I’ll ever read that but his Bicycle Diaries book does sound okay. Anyone ever read either of these?

Okay – enough babbling. I have stuff to do (which is why my posts have been even shorter & shittier than usual this week!). 😉 Here’s the video for this awesome song….