I’m just messing with you! 😉

I had 16 to choose from for this list and I couldn’t really leave six out so I’ll count down from 16 (but I’ll still call it a “Top Ten” to stay consistent with my other lists. Ha! I’m so annoying).

So here are My Top Ten Wooden Movie Actors/Characters (and my favorite film from each). But counting down from 16 just to be awkward…

14. Shailene Woodley
My Favorite Movie: The Spectacular Now or The Fault In Our Stars

13. Joanne Woodward
My Favorite Movie: Oh dear – the only one I’ve seen is Philadelphia! But I so love her long, romantic marriage to Paul Newman. Look at them! So beautiful… 🙂 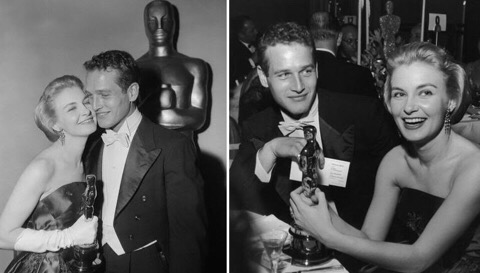 12. Evan Rachel Wood
My Favorite Movie: Across The Universe but The Wrestler is great too 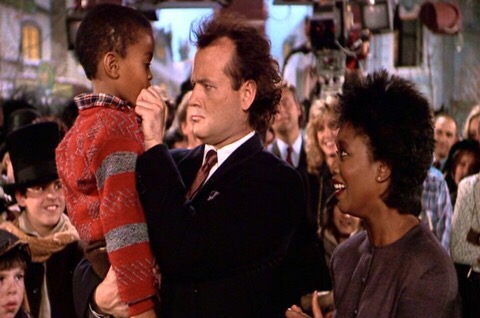 8. Woody Strode
My Favorite Movie: Once Upon A Time In The West

7. Scott Eastwood
My Favorite Movie: Who cares?! Look at him!! Okay, I’ll go with Gran Torino…

6. Elijah Wood
My Favorite Movie: The Lord Of The Rings Trilogy

3. Clint Eastwood
My Favorite Movie: The Good, The Bad And The Ugly or Escape From Alcatraz

Plot Synopsis: (via Wikipedia)
Set in Paris, the film follows Gil Pender, a screenwriter, who is forced to confront the shortcomings of his relationship with his materialistic fiancée and their divergent goals, which become increasingly exaggerated as he travels back in time each night at midnight. 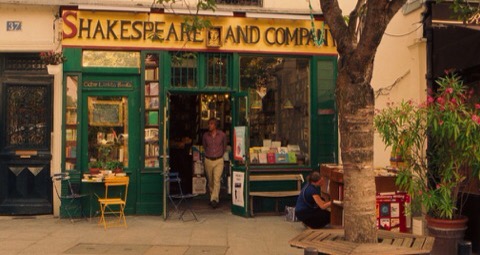 This has nothing whatsoever to do with Midnight In Paris but I just have to say this: I think I deserve a payrise for getting the word “Xenomorph” into my company’s newsletter last week.

Now, onto Midnight In Paris: a movie I watched months ago but never reviewed because I don’t really have much to say about it. But, shit – apparently a lot of you like it as it’s in third place in that poll of movies you want me to review. So, damn, I better stay true to my word! 🙂

Here’s my big, embarrassing movie blogger confession: I’ve never watched a Woody Allen film. NONE! So Midnight In Paris was my first & only. Tell me, Woody Allen fans – was this the place to start? I assume not. But, I dunno… I really liked the sound of it plus I’m a big fan of Van Gogh so I was a sucker for that poster up there. ^ I am NOT, however, a fan of Owen Wilson. Probably because he’s been in too many of those annoying Wes Anderson movies. Plus, I’ve always hated his voice. And, you know, that nose. I’m sounding bitchy now but I’m just trying to point out how much I do NOT like Owen Wilson so that you know this may have had an effect on my enjoyment of my first Woody Allen movie. However, it’s definitely a good film & I can understand why some people really like it. It needs to be your type of “thing”, though.

With this movie, as with Wilson’s character, it really comes alive when it’s in the past. These scenes are so much better than those set in present day with Wilson’s absolute bitch of a fiancée (Rachel McAdams). But that’s the whole point – a viewer may very well end up loving 1920’s Paris just as much as Wilson’s character does. I may not be able to fully relate to a love of 1920’s Paris but I can relate to feeling nostalgic about a certain time. I hate 2015! The world is shit now. I’d probably go back to the 1970s/early 80s. Hmm… I suppose that’s a little unoriginal. I’d probably be happy in any time that’s before the Internet but after indoor plumbing! Oh, and after women stopped being treated like shit. Wait… we’re still treated like shit! Oh cool – I think I’ve written enough now. I can finish this horrible first-ever Woody Allen review I’m making a mess of! 🙂 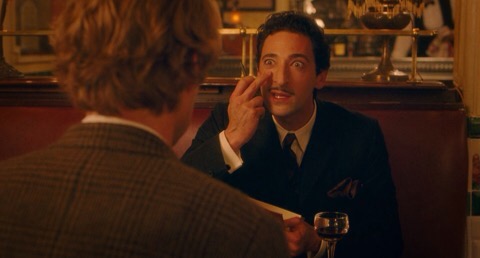 Midnight In Paris is a good film and I would assume those who love Woody Allen films loved this one too (not that I can compare it to another film of his since I’ve not seen any). I’m probably not cultured enough to have fully appreciated all the famous historical figures Wilson’s character meets in the past but I did find this a very fun part of the story as I actually didn’t know beforehand that anyone “special” was going to be in this. I also didn’t mind the romance in this although I’m not the type to usually go for that. Oh yeah! And my favorite “hey, it’s that guy!” guy was in this (Kurt Fuller – never thought to look up his name before now). I can’t say Midnight In Paris is a movie I fell in love with or that I’ll ever watch it again, though. I liked the originality & it was entertaining but I know I probably should have watched an older Woody Allen film first.