Happy Birthday to Morgan Freeman, who is 80 today.

Freeman is easily one of my favorite actors. Who doesn’t love Morgan Freeman??? Plus that VOICE of his! Perfect for God in Bruce Almighty. And just thinking of his Shawshank Redemption narration gives me happy goosebumps.

Looking at this list, he’s only been in one movie that I really love. But I’ve seen quite a few of his films as he’s one of those actors who will make me watch a movie that I might not have watched if it starred someone else. It’s a pretty mixed bag – he doesn’t stick to any one genre. I think he’s fun when in comedies but probably like him most in things such as Shawshank & Million Dollar Baby.

Here are My Top Ten Morgan Freeman Movies (not performances) counting down to my favorite: 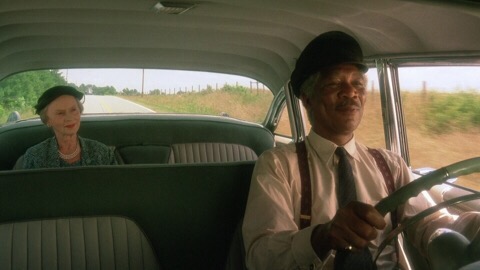 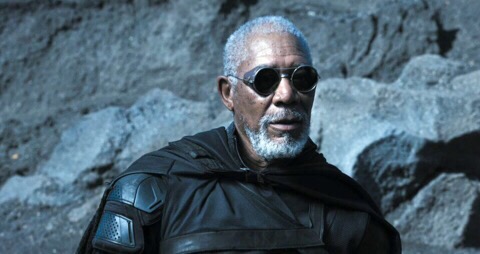 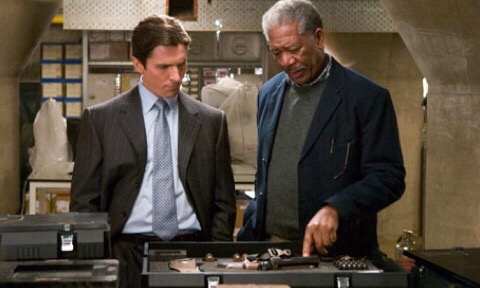 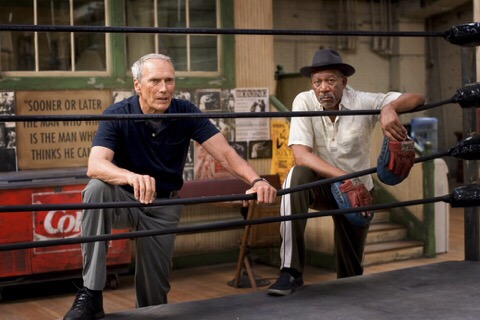 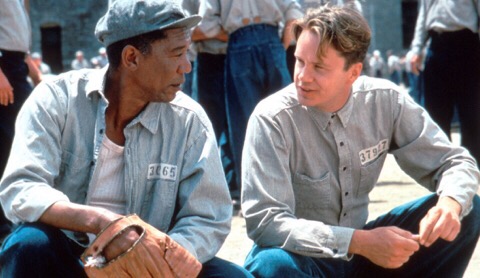 Saw But Don’t Remember Well So Can’t Include Them:
Kiss The Girls
Glory
Lean On Me

Some I’ve Not Seen:
Teachers, That Was Then… This Is Now, Clean And Sober, Johnny Handsome, The Bonfire Of The Vanities, Lucky Number Slevin, Evan Almighty, Invictus, Red, Last Vegas, Olympus Has Fallen, London Has Fallen, Transcendence, Now You See Me 2, Ben-Hur, Going In Style

I love Jack. Jack is cool. I’d love to be as cool as Jack! He’s been a favorite actor of mine for years – Probably ever since I saw my top two movies on this list at the age of 15 or so. And, okay – since I also saw Batman at that same time. I became slightly obsessed with Jack’s Joker. I even had some awesome Joker earrings that I wore for months in 1989. What a nerd…

Nicholson has been in some damn good films. It’s not often that I do these Top Ten Actor lists where a couple of the movies are all-time favorites of mine but I can say that’s definitely the case this time with the two that top this list. Absolute classics! I like all the movies in this list but the top two are truly special and a lot of that is thanks to Jack’s performance in each of them. He’s my favorite crazy bastard.

Let’s get this started! Wow – it’s also not often that I’ve reviewed NONE of the films in a top ten I’m doing. A lot of that is down to me being uncomfortable “reviewing” the movies I love the most & I keep putting off reviewing the top two for my IMDB Top 250 Project. Anyway – here are My Top Ten Jack Nicholson Movies (not ranked by performance) counting down to my favorite: 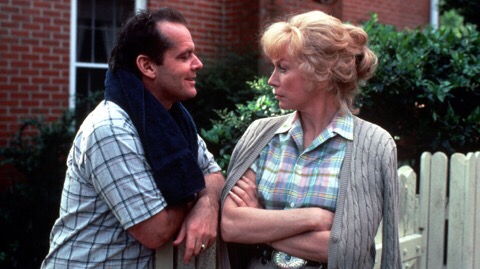 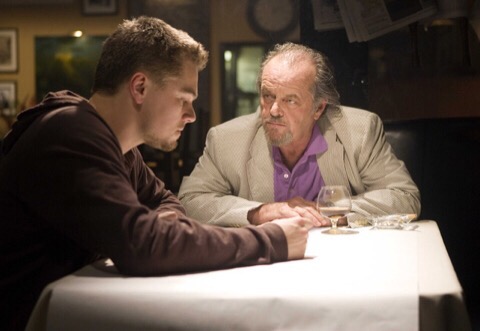 **In case you wonder why some movies are missing, it may be because I haven’t seen them. Here are the remainder of his films that I’ve seen, but some were so long ago that I need to re-watch them:

Also, here’s a quick Happy Birthday tomorrow to the gorgeous Catherine Mary Stewart (57 – one of my favorite Twitter buddies). Yes, Catherine Mary Stewart & her co-star Kelli Maroney both followed me on Twitter after I reviewed their classic 80’s movie Night Of The Comet. And I use every opportunity possible to keep mentioning that on my blog… 🙂

(Some of my other celeb followers: Zach Galligan, Linnea Quigley, a girl from The Texas Chainsaw Massacre, and the dude who got his throat ripped out in Road House!!!! I love my mostly-80’s celebrity Twitter followers!) 😉

Finally, there is one cool celebrity birthday that is actually today: Iggy Pop has just turned 69. Wow – he doesn’t look a day over 109!

I haven’t done a top ten list in ages so I thought this would be a good topic. I’m not a girly girl & don’t get all teary eyed at the usual sort of contrived chick flicks (piss off Beaches!). For the most part I’m going to leave out true stories (except for my number one) because it would be insane to not have something like Schindler’s List at the top. So bear that in mind before asking why certain movies based on horrific real life events aren’t on here. I’m also almost more of a sucker for happy endings than sad ones so you won’t only find sad ones here.

So here are my Top Ten Tearjerker Movies counting down from ten: 😦 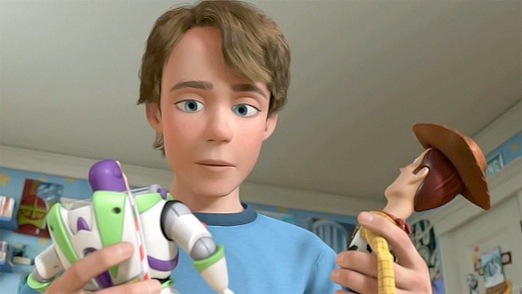 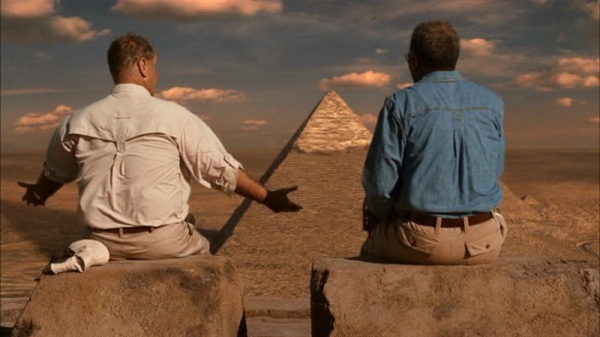 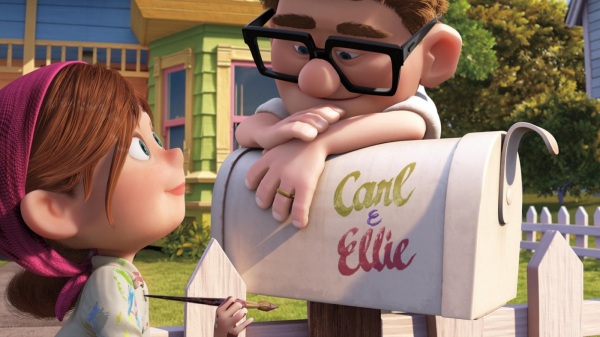 Apparently, today was International Kissing Day (6th of July). So I’ve quickly put together this list of my Top Five Movie Kisses (okay – actually six. lol.). I’m sure I’ve forgotten some I’ll kick myself for.

Counting down from number five:

5. Lady And The Tramp

Really can’t do a list of best kisses without this one. Classic.

Yeah – You read that right. Sorry, but when I watched this as a young teen, I thought “Kyle Reese” was so HOT. I wanted a shy sexy virgin guy to come back in time to save ME! Hell, I still want that. :-p 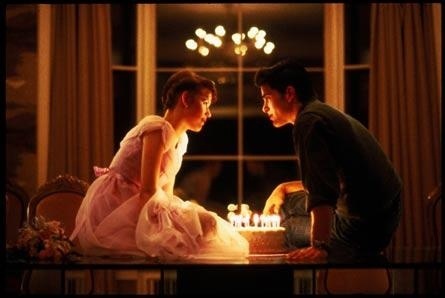 When he kisses “the most beautiful girl in the world”…

I can’t say a thing about this one, though, as it would spoil things for anyone who hasn’t seen the movie. For those who haven’t, I HIGHLY recommend this film (especially if you’re a lover of “cinema”, which many of my fellow bloggers are). 🙂