Screenplay by Nick Hornby & Based on An Education by Lynn Barber

Plot Synopsis: (via IMDB)
A coming-of-age story about a teenage girl in 1960s suburban London, and how her life changes with the arrival of a playboy nearly twice her age. 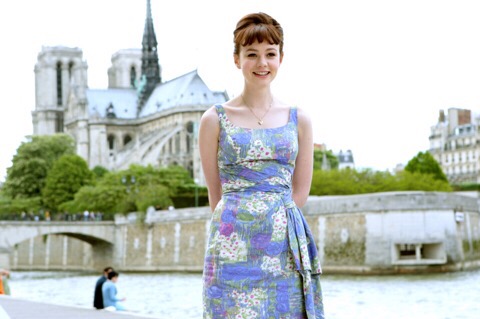 This is my first Blind Spot review of 2016 (you can see all 12 of my Blind Spot choices HERE). I’m even managing to do this in January! Maybe I can aim to do these on the last Monday of every month. Maybe. I did start with the “easiest” watch, though (I’ll have to work up the nerve for things like Battle Royale). This movie was pretty good. Nothing too memorable but a solid film all around with Carey Mulligan in a star-making role.

There were two main reasons I’ve been meaning to watch this movie: Nick Hornby & Carey Mulligan. I like Nick Hornby’s books (High Fidelity being the best) so I was interested in this as he adapted the screenplay, which earned him an Oscar nomination. I also should really try to watch Brooklyn now since he’s again nominated for the adapted screenplay Oscar for that as well. Anyway, An Education is a well-written film (I suppose credit also goes to the novel’s author, Lynn Barber) with a good story and a strong young central character played convincingly by Carey Mulligan (which also earned her a best actress Oscar nomination). Oh, and the film itself was also nominated for Best Picture that year so it was up for three big awards and I’d say it deserved each of those nominations.

I first noticed Carey Mulligan in the absolutely fantastic Doctor Who episode Blink, in which she carried the whole show. I think this was back when they decided they’d have one episode each season which wouldn’t really feature The Doctor? They should do that again since Blink was a million times better than Doctor Who now – I don’t even watch it anymore. 😦

This photo is from Doctor Who, not An Education. Although it would’ve been cool to have some Weeping Angels in this movie…

Anyway! I’m assuming that role may be what got her noticed as An Education wasn’t long after that? I have to say I’ve been disappointed with some of her roles since (especially in The Great Gatsby) but I don’t know if some of that has been a fault with those scripts. She’s perfect in An Education, though, and utterly believable as a 16/17-year-old girl in 1960’s London. It looks like she was about 23 when she filmed it but I had to look into it as I did wonder if she was actually only a teenager at the time – it did seem like she could be (she doesn’t look like the thirtysomething cast of Grease!). 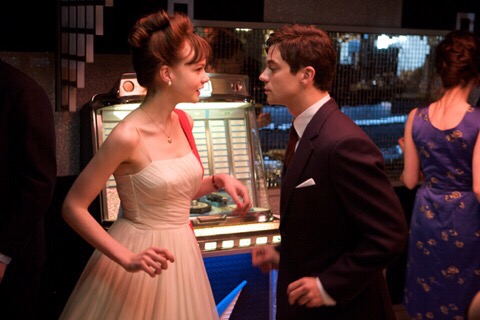 This isn’t a big flashy film and it’s not one that everyone would necessarily go for but it’s a good “Sunday afternoon” watch. Which sounds kind of insulting but I don’t mean that in a bad way. I’m also doing my best to not call this film “nice” as that word annoys the hell out of my husband. But, well, that’s how I feel about this one! So I’ve looked up “nice” at thesaurus.com:

1960’s London (and also Paris) is a great time period & setting so I really enjoyed that. And Mulligan was adorable in that dress in the movie’s poster! The story, although slightly less relevant nowadays, is one I’d like to have my daughter watch when she’s the same sort of age as Mulligan’s character. Basically, the story is about Mulligan falling for a charming older man and how she’s willing to give up everything for him (mainly, her education – she’s a smart girl who plans to go to Oxford University). 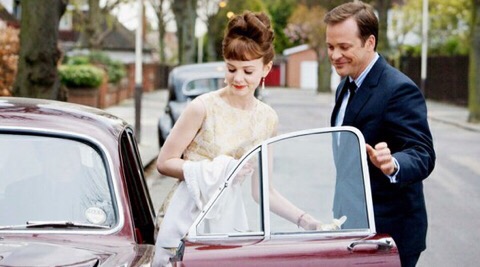 I guess the only complaint I’d have about this film is that I hated Peter Sarsgaard’s smarmy character. I honestly don’t know if that was the point, though, or if that’s just how he happened to come across? I was thinking “how could she fall for this idiot?” but maybe the whole point is that a 16-year-old girl doesn’t know any better? He actually gave me the creeps. It just kind of sucked as I felt he let the film down and I wonder if I’d have liked it a bit more with a different actor. He just seemed so “wrong” while Mulligan felt so “right”. That’s my only real complaint, though. Overall, I enjoyed An Education although it’s not really something that would become a favorite or anything like that. It’s worth watching just once if you think you’d like it. It’s ducky!