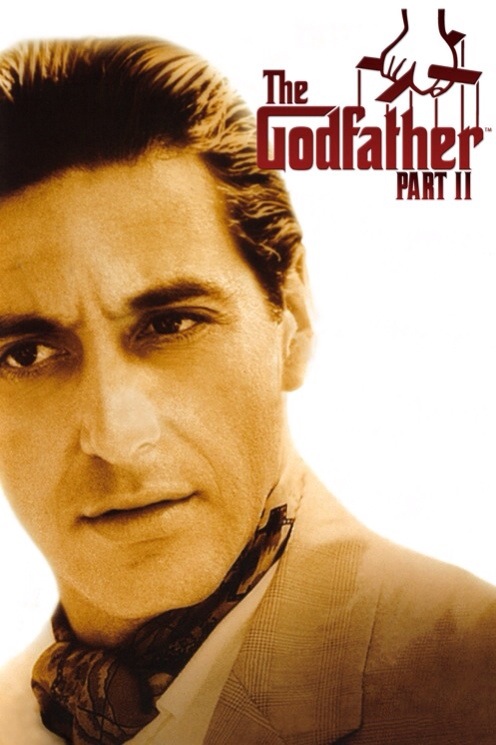 “There are many things my father taught me here in this room. He taught me: keep your friends close, but your enemies closer.” – Michael Corleone

So as the trilogy progresses, Michael Corleone has become a force to be reckoned with. Al Pacino reprises the mantle of Michael, and it is rapidly evident that he has completely taken up and embodied the role of being the head of the Corleone crime family. This movie was presented interestingly, different from the first in that it plays out the current state of affairs that Michael is dealing with as well as taking you back to Vito Andolini’s youth, and seeing how he ultimately lost his Andolini name, took on the Corleone name and rose to his prominent position. 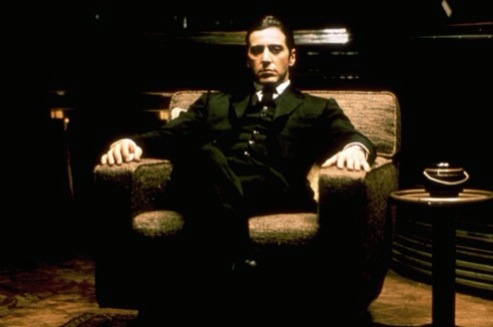 “If anything in this life is certain, if history has taught us anything, it is that you can kill anyone.” – Michael Corleone

This movie worked incredibly well. It is a long movie, clocking in at 200 minutes, but not once do you get too familiar with that, you are instead caught up in another time and whisked away. This speaks volumes about Coppola’s ability to rivet the audience, still. The time shift that worked its way in throughout the movie was truly brilliantly executed. In the present you see Michael (Al Pacino), and his antics, as well as the issues he is dealing with, ranging from his wife Kay (Diane Keaton) to his drama in court. Michael is progressively becoming more and more ruthless, which still resonates with the watcher seeing as we know how reluctant he was to become involved with the family business in the first place, and to watch him embrace it now in its entirety never fails to surprise and amaze. Al Pacino’s performance was again subtle, carrying with it a power that is palpable, a demand for allegiance and focus, respect and fear. I love the way Pacino captured Michael’s brooding, his shift, his stress, the way he worked to keep everything functioning, the way he dealt with betrayal from everyone, truly highlighting how ruthless he had become. His portrayal as Michael Corleone is definitely one of my favourite portrayals in movie history. 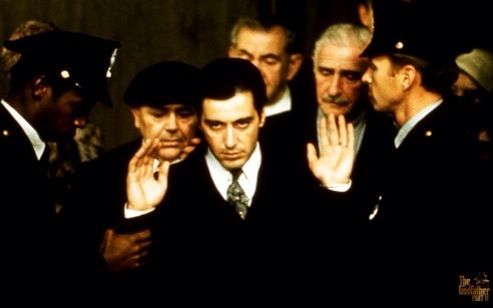 “Don’t you know that I would use all of my power to prevent something like that from happening?” – Michael Corleone

Diane Keaton was really good in conveying her role as the wife of a mobster – not just any mobster, but the head of an extremely strong mob family. The splinters of the relationship are introduced at the end of The Godfather, where we see how unhappy Kay is about the fact that Michael is running things, as well as how he has changed towards her, too. Now, however, two kids along and all that, we see how she is starting to pull away from him, his violence, his dominance. She is seemingly alone, Michael has all the love and respect from everyone, and she is considered his wife, and is respected as such. Later we learn what extremely hard and rough decisions she made due to her growing hatred and resentment for Michael, which leaves you stunned that she would take such steps against him as well as admit it. Her desperation is palpable. Michael is cold and cruel, and he does not hide that from her. Kay is eventually on her own, from permanently fighting with Michael, egging him on and pushing him for legitimacy to being cast out, even being taken away from her children, completely cut off.

Robert Duvall steps up as Tom Hagen once again, delivering another fine performance as the family consigliere. Something that is extremely evident from the off is that Tom has become more involved with the family business as well as how things get done. A lot of responsibility and trust has been placed on him, and he has become colder. Still extremely calculated, and still doing some of the more horrendous jobs (remember the horse head?). He visits Frank Pentangeli (Michael V. Gazzo) in prison and informs Frank that he should recant, also promising that the Corleones will care for his family. Frank commits suicide later that night in the fashion discussed with the consigliere, and Tom seems to have no emotion for it as it was merely business. His performance was great, but it is becoming obvious that he is no longer just an incredibly educated outsider, but Michael’s right hand man, and that he loves the position. 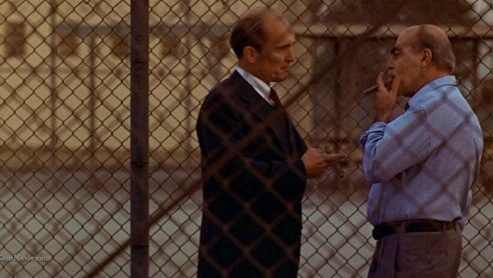 “When a plot against the Emperor failed… the plotters were always given a chance… to let their families keep their fortunes. Right?” – Tom Hagen

Vito Andolini’s (Robert De Niro) youth is addressed, and it is quite the enthralling tale. His father was murdered, his brother attempted to avenge him and was killed, and his mother was gunned down by Don Francesco Ciccio (Giuseppe Sillato) and Vito, who did not talk much and was considered to be a bit slow, ran for it, and was helped out by family friends to make passage to the United States of America. A struggling young man with a wife and a child, Vito sees how things are going in life, how the crime families are treated, and in a scheming way eradicates any competition he could have had, instantly making him the new man on the block, a man who definitely does things differently than the previous guy. He listens to the people, and is respected by the people. We get to explore the rise of Vito’s empire, as well as how he exacted his revenge that eradicated his family and swept him from his homelands. We see who he was and how he became what he did. He was smart and methodical, and in stages got everything just as he wanted it. The Corleone children serve as markers to see Vito’s progress, as well as indicating how the family did not always have everything, but that Vito built them up from scratch.

“Do me this favour. I won’t forget it. Ask your friends in the neighbourhood about me. They’ll tell you I know how to return a favour.” – Vito Corleone

Fredo’s (John Cazale) bitterness at Michael is thinly veiled, something he struggles with constantly. Michael may have humoured it for the first while, but eventually that, too, becomes a serious problem, causing strife between the two brothers. I liked how the discord in the family was shown, that even though Michael is the one that stepped up, there was resentment and bitterness about it. Fredo took it as a personal failure that Michael ran the Corleone family, and that Michael was the one supporting Fredo and looking after him, even though Fredo is the older brother. His ultimately betraying Michael could be seen coming, but the reaction of Michael was intense, and it caused some tension within the family, too. Michael has many friends, but at the same time he is losing family and loyalty he thought he didn’t have to question faster than he suspected. As if Fredo is not enough for Michael to deal with, Connie (Talia Shire) is still bouncing off the walls, crazy and doing really stupid things, expecting Michael to pick up after her, to see how much she can push him. Initially she is not looked into much, and while she does not command a lot of screen time, it is eventually explained why she did what she did. This does not make it better, but the questions are no longer floating around and not making sense anymore. As fast as she broke herself away from the family, it seems that she is doing what she can to work her way back into Michael’s good graces at the very least.

“Taken care of me? You’re my kid brother and you take care of me? Did you ever think about that?” – Fredo Corleone

So many aspects of this story come together at intervals, and it is a stunning work of art to get to the end result. The journey, the characters, the events are all just exactly what they need to be, and it is exceptionally impressive overall. The score used suited everything just right, and Coppola truly took this film in a direction to match its predecessor equally. The camera work was fantastic, and all the actors worked wonderfully in their roles. Movies are just not the same as they used to be, and The Godfather Part II is just further evidence of this. I don’t really have words to justify this movie, there is just so much to talk about (the scheming, the partnerships, the travels, the alliances struck up, etc), and I know many more people have discussed it in more detail than I have, but I am going to stop here now, The Godfather Part II is just one of those films that has to be experienced to be understood. My Spock Chop, I know you are not a fan and all, but really, this is something glorious!